This is what's replacing the old Mr. Christie cookie factory in Toronto

New details have been released for the mega-development slated for the site of the now-demolished Mr. Christie's factory, and the master plan now includes two new elementary schools.

After first submitting their application in 2019, First Capital Realty has come back with a revised plan for the 11-hectare lot that once housed Toronto's old Mr. Christie's cookie factory. 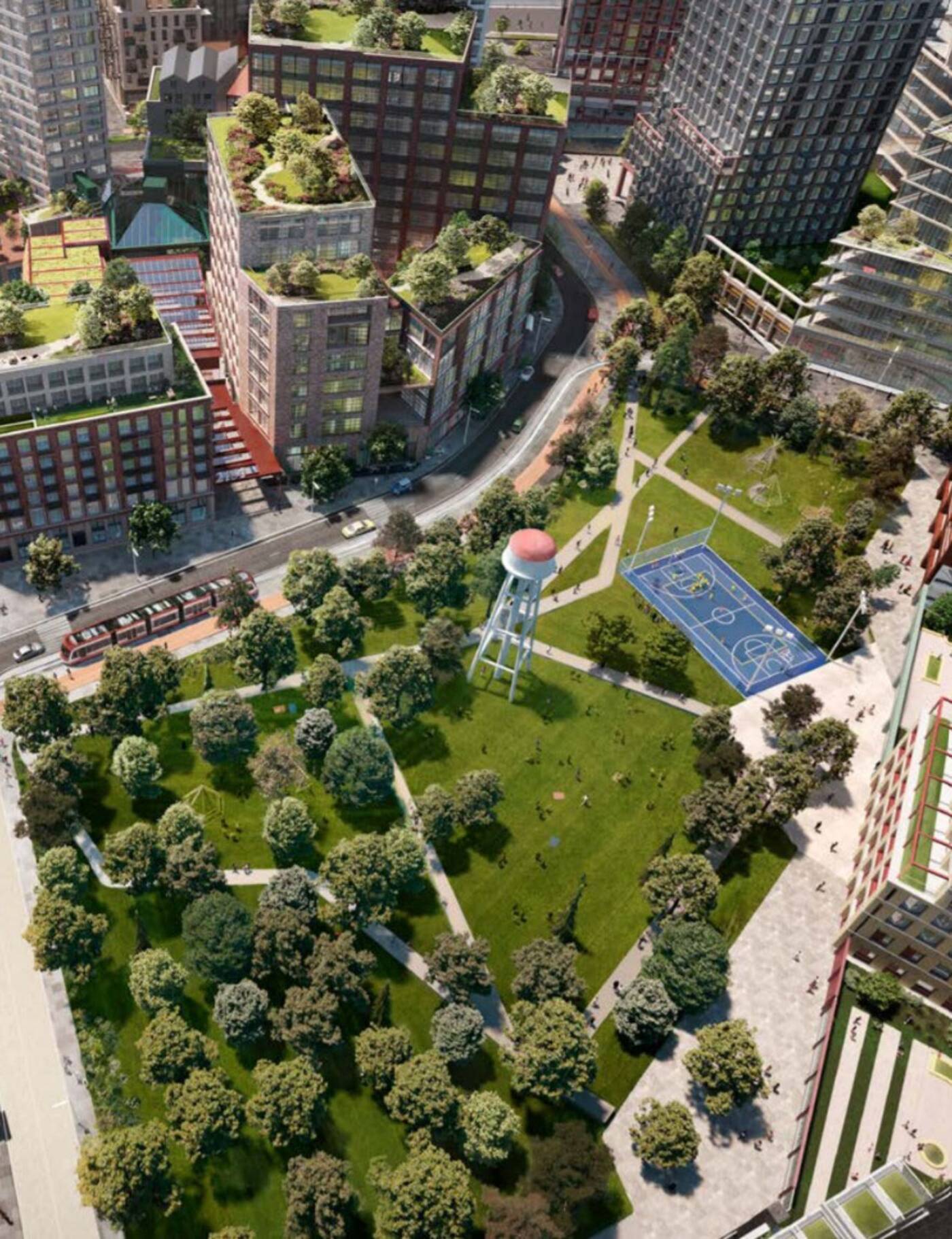 The master plan's proposed park has doubled in size. Photo by Urban Strategies and Allies & Morrison via City of Toronto submission.

The main details aren't drastically different: 15 condo towers — which will now range from 16 to 70 storeys — are still a go. More than 7,100 units are expected to be created, including some affordable units, which might come in the form of rentable units or "affordable ownership" units.

So is the plan to turn the sprawling property at Lakeshore and Park Lawn into a transit hub that will include the new Park Lawn GO station, a connecting TTC streetcar loop and more bus stops. 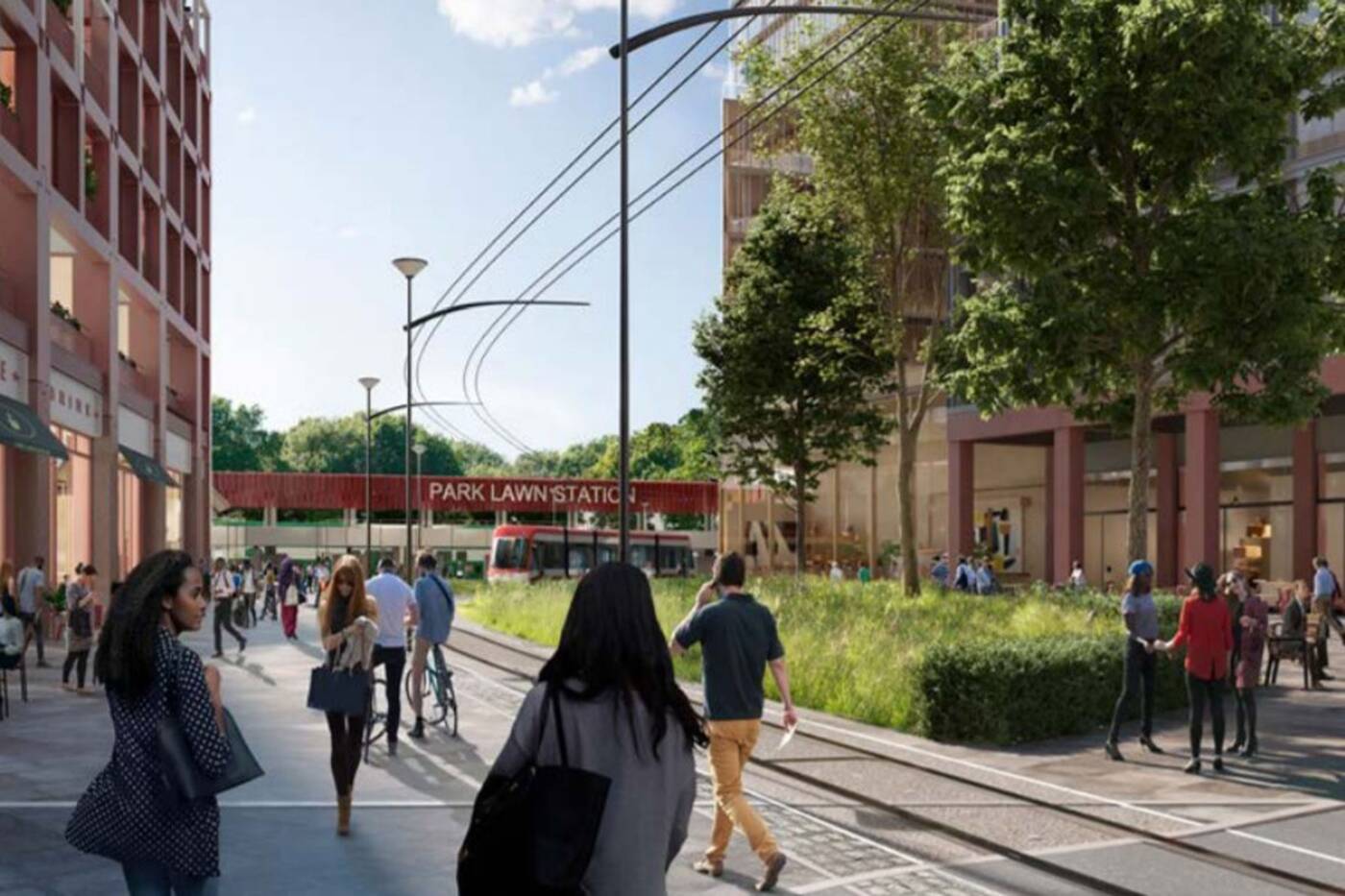 The new complex will be home to the GO's new Park Lawn station. Photo by Urban Strategies and Allies & Morrison via City of Toronto submission.

Residents of the new condos will need to get around, hence the local street network that will accommodate the "unusual shape" of the site with new roadways with tentative names like Silver Moon Drive or Shore Breeze Drive.

The most significant changes come in the form of the public park, which has now doubled in size to one hectare following city recommendations. 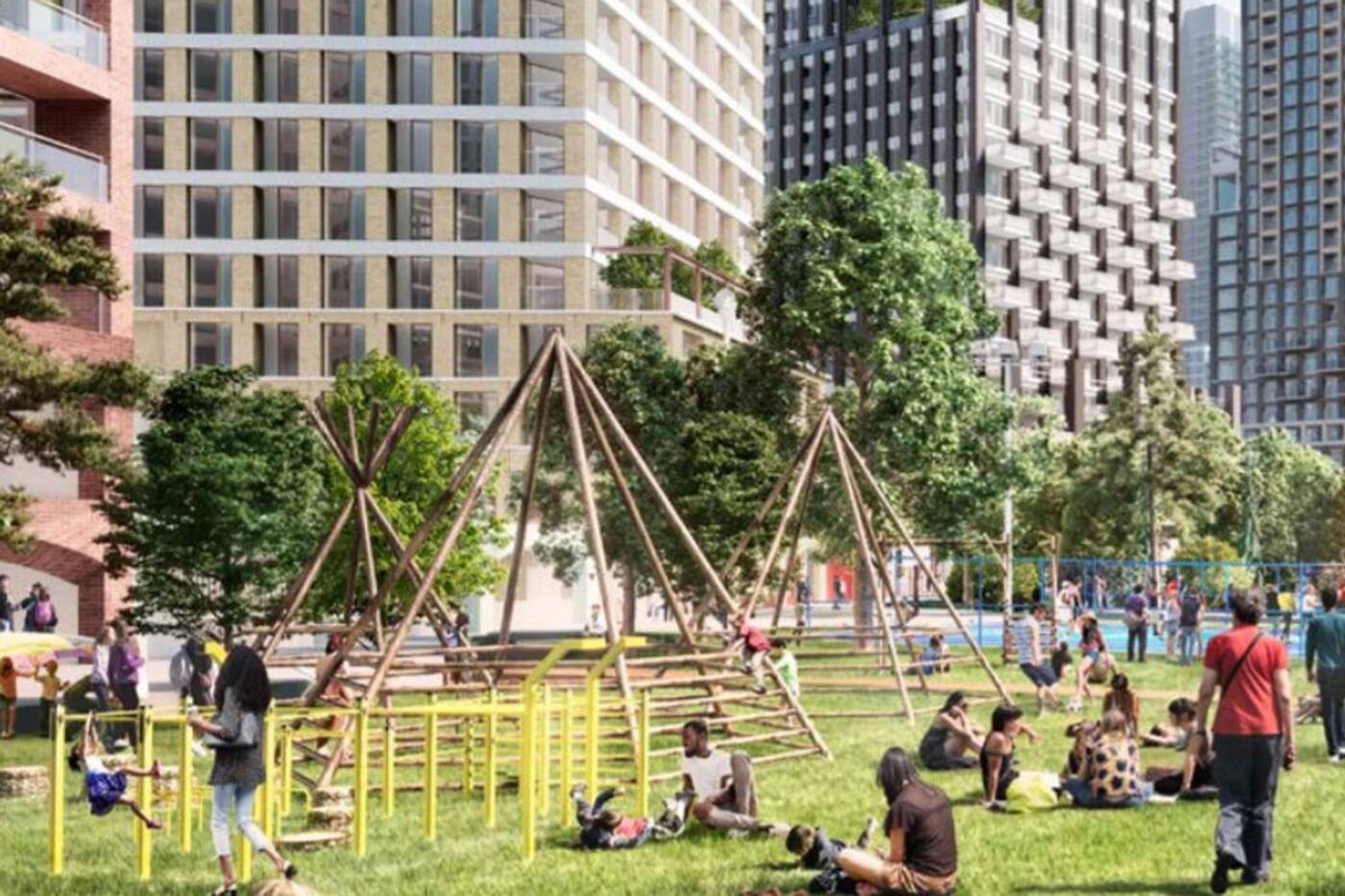 Two new elementary schools are being proposed for the northern edge of the park. Photo by Urban Strategies and Allies & Morrison via City of Toronto submission.

A school block consisting of two elementary schools is now also being proposed on the northern edge of said park. According to the plan, both the TDSCB and the TDSB have shown interest in working with developers to make it happen.

If green-lit, two separate schools large enough for 550 elementary school students each would sit within the podium of the cluster of buildings bordering the park.

"The actual realization of these schools is uncertain," according to the report. 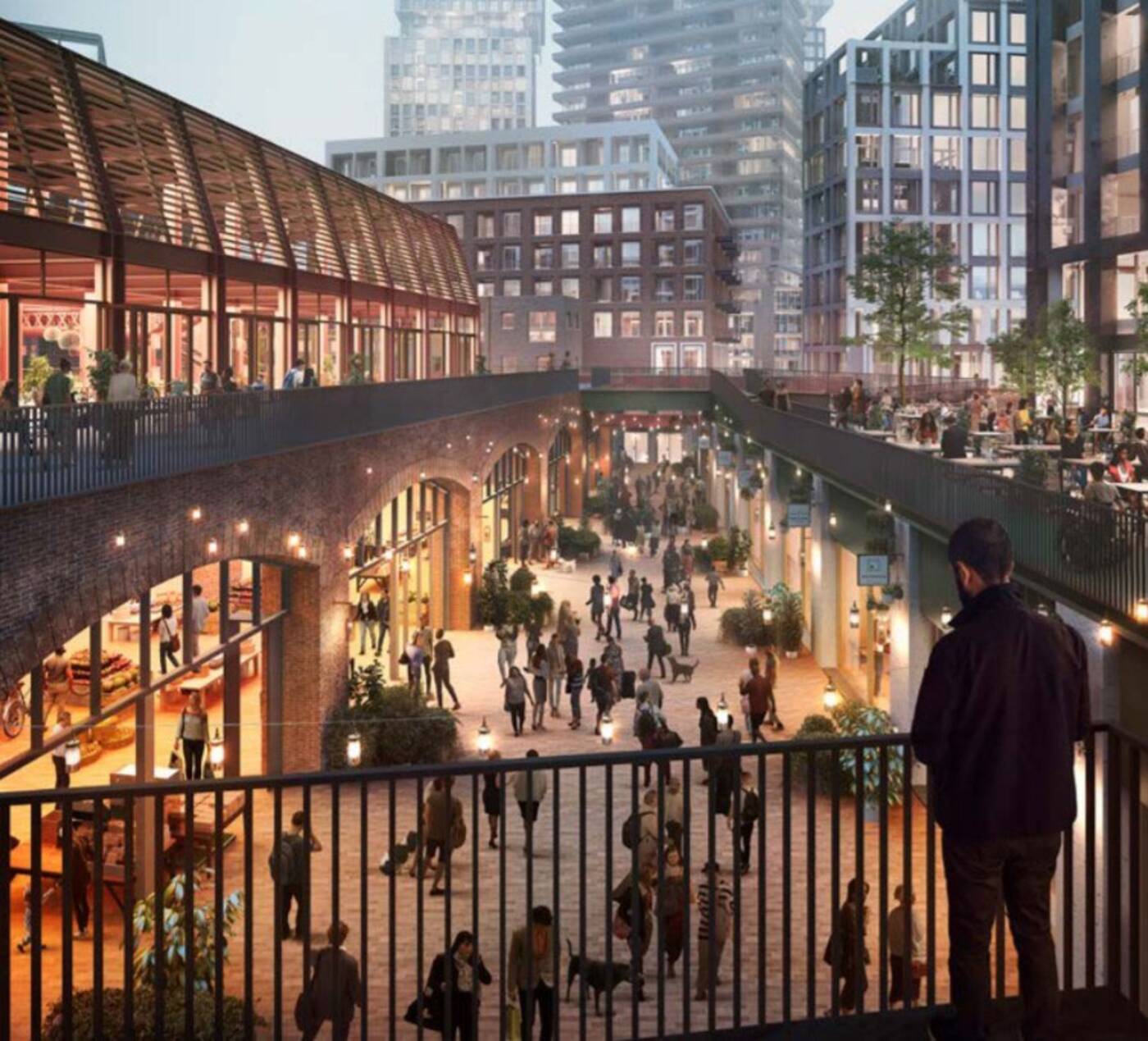 New pedestrian-friendly pathways are a focus for the revised master plan. Photo by Urban Strategies and Allies & Morrison via City of Toronto submission.

Details like budget and design specifications are pending, but the proposal follows on the success of two similar schools in the CityPlace neighbourhood that opened in January 2020, which each house 550 students ranging from kindergarten to Grade 8.

The schools would be built in Phase 3 of the project if approved by the city, according to the new master plan. 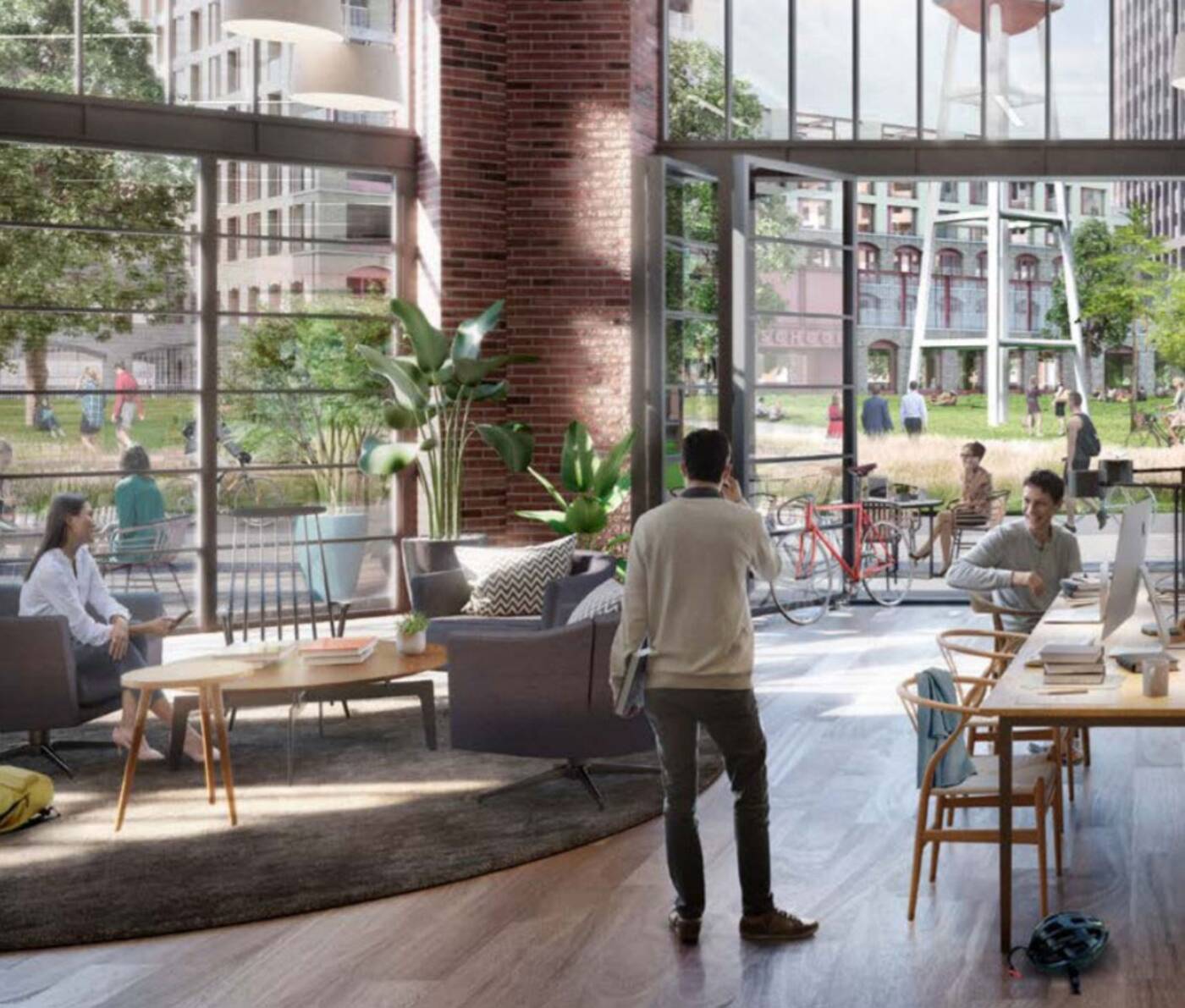 More than 64,390 square metres of office space will be included in the development. Photo by Urban Strategies and Allies & Morrison via City of Toronto submission.

Office space has also been increased by about a third, with more employment spaces now included inside the covered galleria, which acts in tandem with the public park to create the developments "dual heart" marked by Christie's iconic water tower.