The bigger they are, the harder they fall — apparently this also applies to rent prices.

In a report released by rentals.ca, the 20 Canadian neighbourhoods that saw the biggest decreases in average rent prices over the past year were revealed to all be located in Toronto or the Greater Toronto Area.

In total, 16 neighbourhoods were in the city with two in Etobicoke, and one each in Mississauga and North York. Toronto's South Riverdale was the neighbourhood that saw the largest rent drop across the entire country, falling by 29 per cent and over $800 per property.

East-End Danforth and Kensington-Chinatown round out the top three, with both neighbourhoods seeing their average ret prices fall 24 per cent making properties about $600 cheaper in those areas. 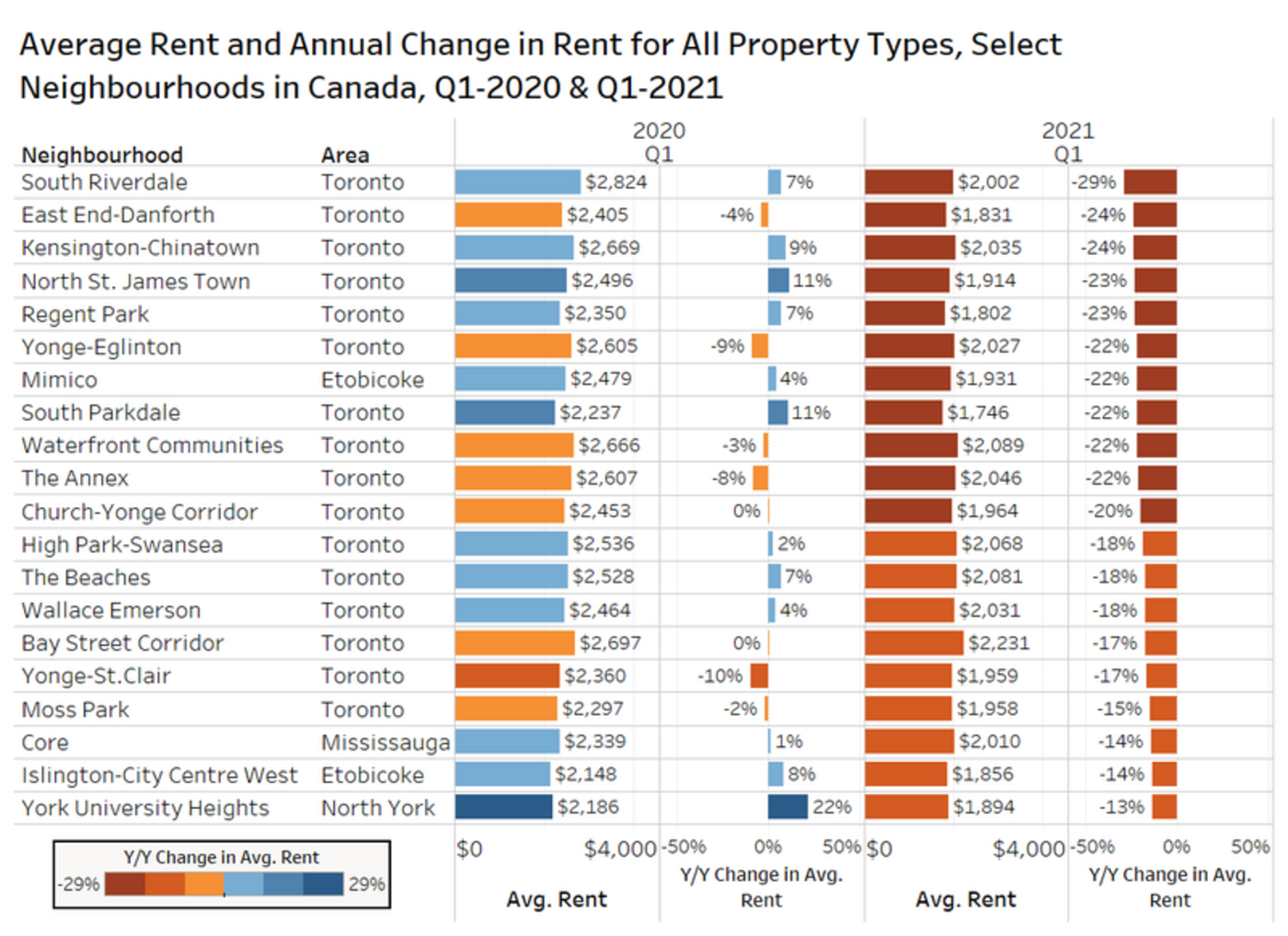 While home ownership continues to get more expensive throughout the city, there's at least some relief knowing that the millions of people who forced to rent are able to do so slightly cheaper as of late.

In total, Toronto saw the biggest rent decrease across the entire country this past year. Rental prices have fallen 20 per cent in Canada's largest city compared to only six per cent in Vancouver and three per cent in Montreal.

"Many tenants are considering moving and taking advantage of the cheaper rental rates as the number of pageviews on Rentals.ca have increased substantially," writes Ben Myers in the report's conclusion. "Online pageviews in the first two months of 2021 are up 48 per cent over the final two months of 2020."

As rent prices continue to fall, there may be a change of heart for the large number of Toronto residents who have considered moving away recently.

The recently approved vacant home tax could improve the availability of property in Toronto even further, meaning the cost of living in this city may continue to fall as the year progresses.

As it stands, Toronto is still one of the world's least affordable cities, but the good news is that things seem to be trending in the right direction.