The idea of going mortgage-free and living simply attracts many people to tiny homes, and one Toronto resident is building one for his family.

D'Arcy McNaughton, of Acorn Tiny Homes, spent the last year working for a company building tiny homes, helping to build five, but now he is striking out on his own. The first home he is building is for himself and his family. 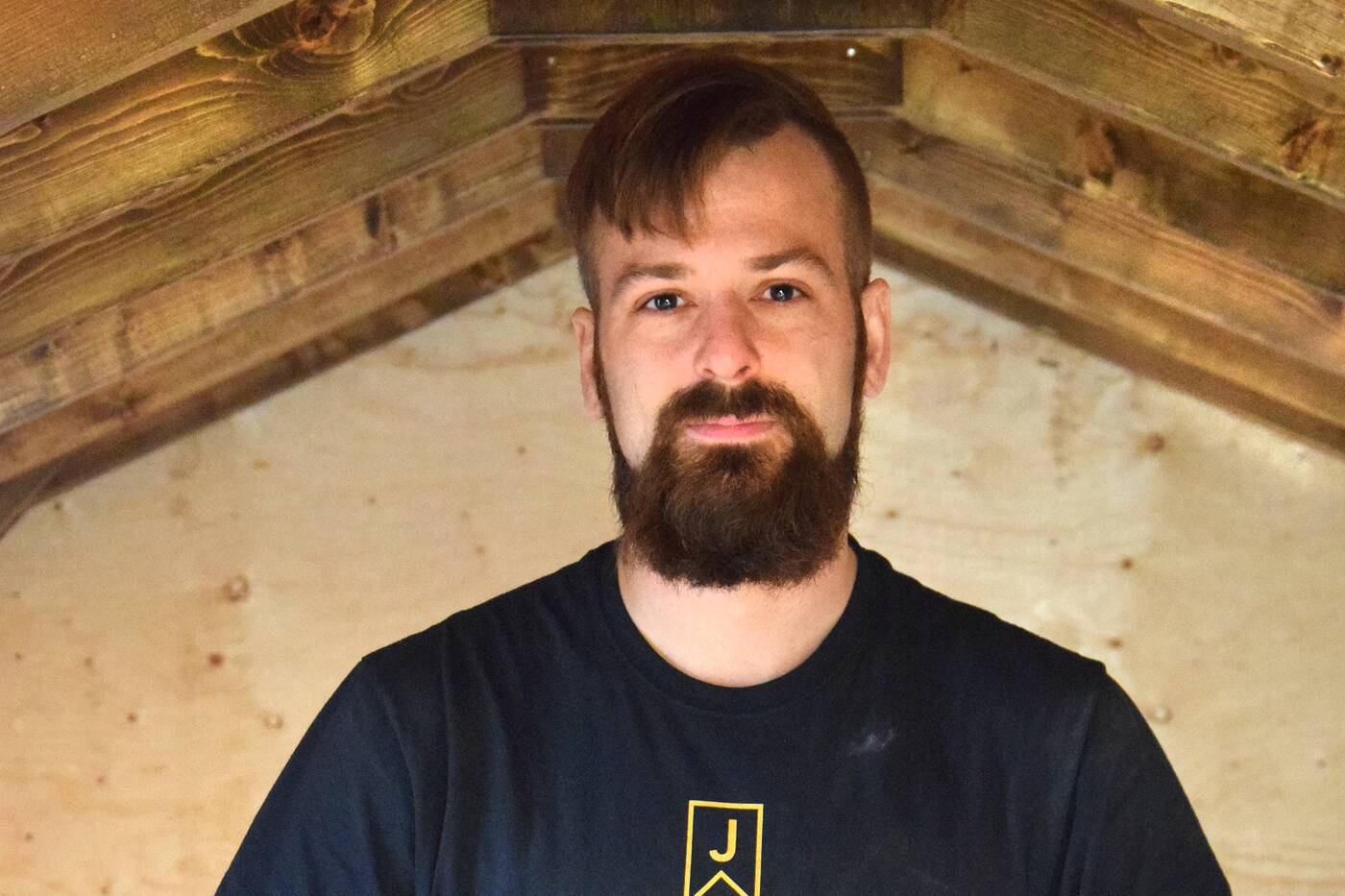 D'Arcy McNaughton is building a tiny home for his family.

The tiny house movement rose in popularity after the recession in 2008. People were looking for homeownership options that wouldn't bankrupt them.

McNaughton and his wife just had a baby and have a place near Toronto and close to family for their new tiny home.

As Toronto real estate prices skyrocket, the home gives them "the joy of homeownership without the burden of a 30-year mortgage," McNaughton told blogTO.

The 470 square-foot (including lofts) model he is building for himself would retail at $180,000 but it comes with a lot of premium features including three lofts — two for sleeping and one for an office — and it is fully off-grid.

McNaughton said he can make basic tiny homes for as low as $65,000 but the price can be dependent on where it is and its extra features. There are solar panels, battery banks and storage tanks needed for off-grid homes, for example.

Inspired by the YouTube show Living Big in a Tiny House, McNaughton came up with a plan for his tiny home.

His energy efficient home is designed with exposed beams with an advanced form of insulation. The home is road legal so there are height limitations. There will also be radiant heating.

The shower is an atrium with frosted glass walls and a clear glass ceiling.

"You will have this rainfall shower dropping on you from above with nature all around you," he said.

McNaughton hopes to complete the home in the next two or three months.

About two months ago McNaughton launched his company, Joint It in the Junction, focusing on building tiny homes.

He says there's an interest in tiny homes, particularly during the lockdown when people are stuck at home.

"People are definitely buying," he said, adding that the firm he was working for had a back order of eight tiny houses. "The one thing that is interesting about the pandemic is that it has really highlighted the affordable housing crisis and a lot of people are realizing condos just don't work for them."

One of the main issues with tiny homes is finding a plot of land where it is legal to place or build. While many people look outside the city, McNaughton said there are places to park them in Toronto, often hidden and off the radar.

The city has also been opening up to the idea of smaller homes, considering garden suites and approving laneway homes. 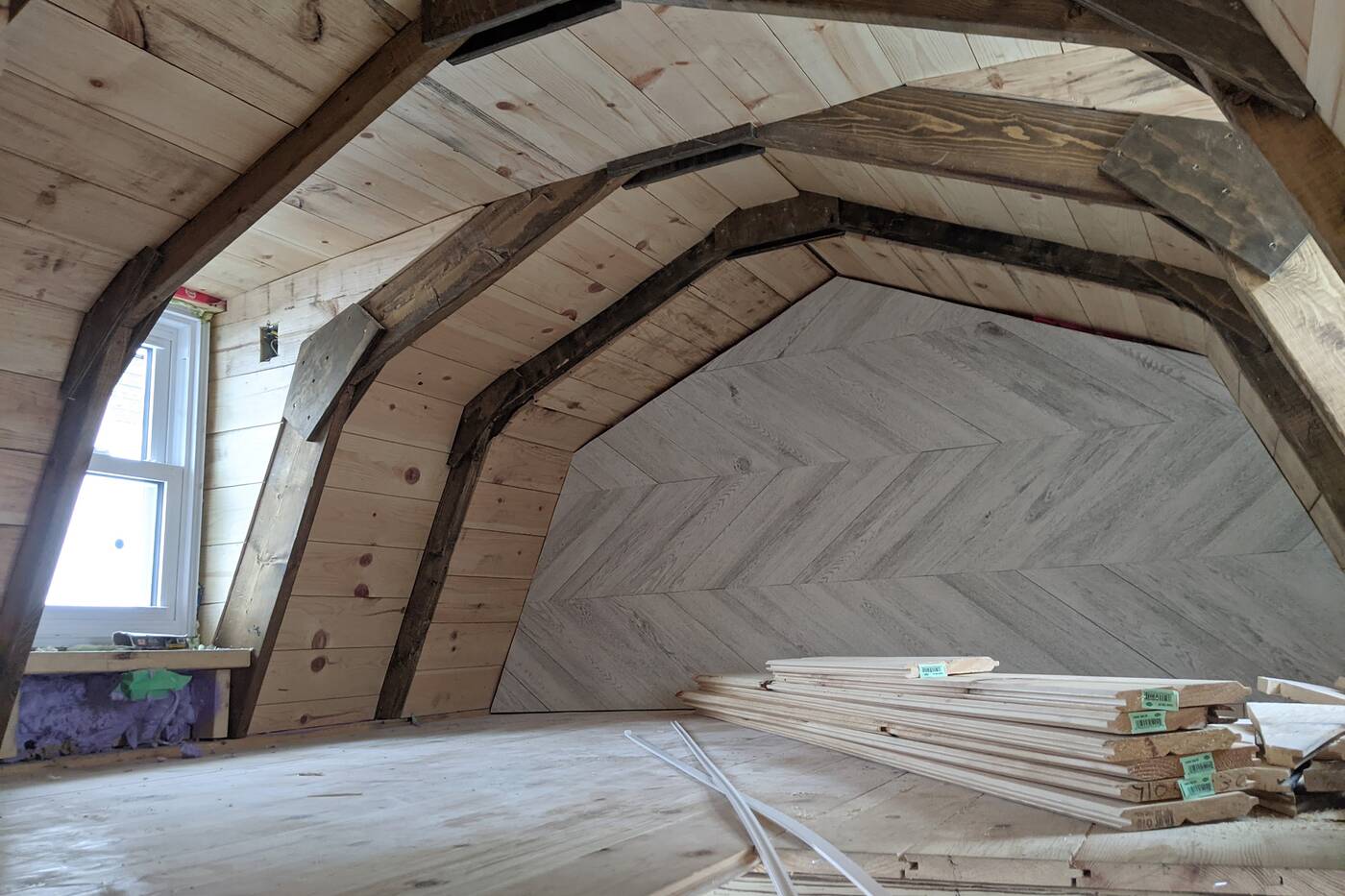 Tiny homes on wheels are generally not accepted in most municipalities, but there are tiny homes that can be placed on foundation piers, he added.

While living small might not be for everyone, the lockdown may have people re-evaluating what is important and making a conscious choice to scale-down.

"With remote working, why not build something like a tiny house, park it somewhere beautiful and be able to live your life with no mortgage?"