Another week, another historic Toronto property on the chopping block as developers circle like sharks in search of more land on which to build condos.

This time around, we have the distinctive 144-year-old structure on the southeast corner of Strachan Avenue and Adelaide Street West, currently home to the bar Pennies and former home of Bronco's, Politica, and a myriad of other establishments since it was erected in 1877.

While not officially heritage listed or designated under Ontario's Heritage Act, architectural conservationists argue that 127 Strachan is of historical significance and that it should be preserved.

The building's owner, meanwhile, has applied for a demolition permit and is currently advertising the property (along with two other buildings next to it) as a "development opportunity." 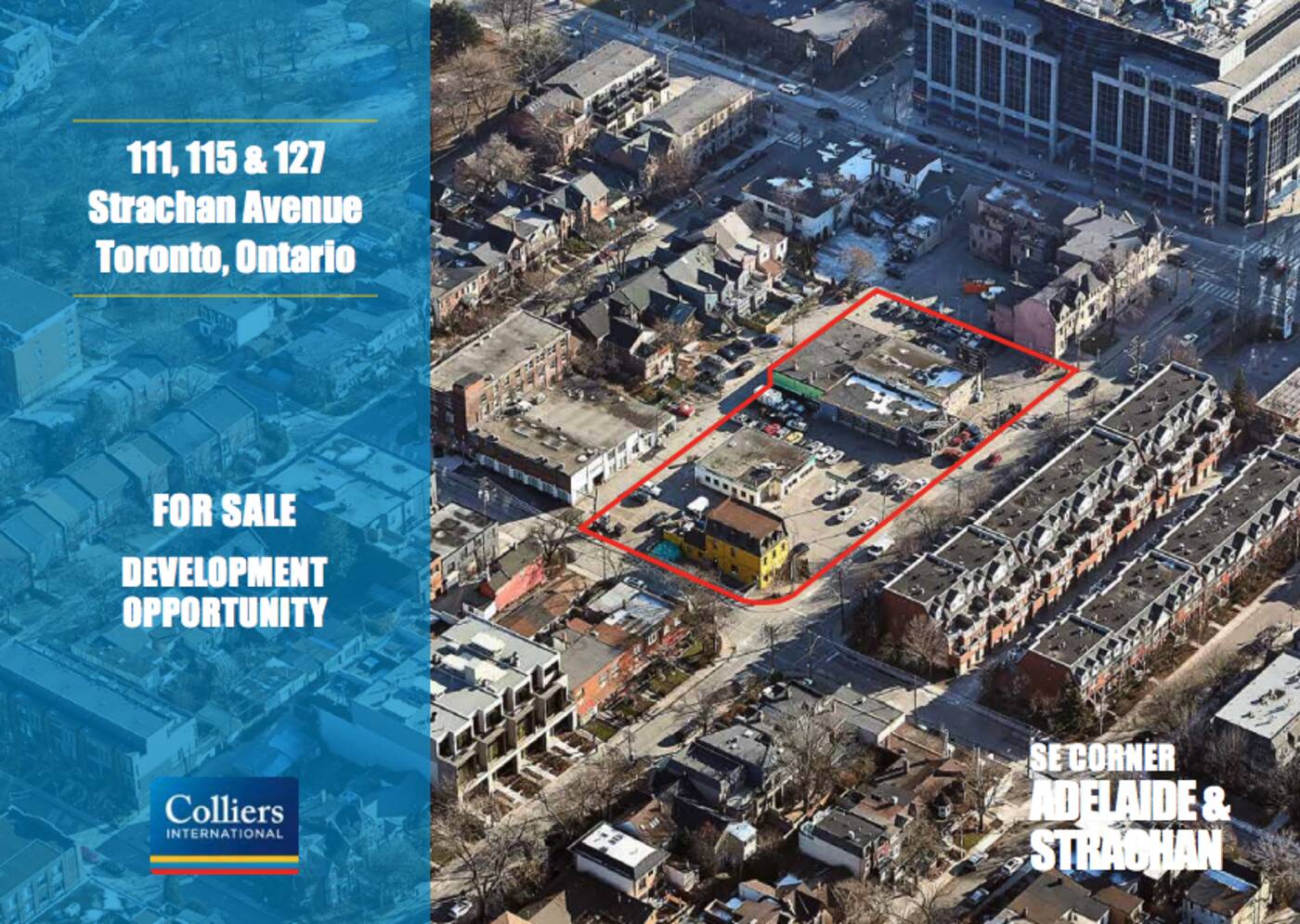 A Colliers International brochure advertising the site states that downtown west Toronto is "one of the most active condominium markets" in the city. Image via Colliers.

Toronto and East York Community Council are set to decide on the matter this Wednesday, February 24. The community council has been given final decision-making authority on whether or not the building will be squashed, according to city documents — unless any amendments approved exceed their authority.

At least one amendment could, if the city decides to oppose the demolition and evaluate the site's heritage value as requested by The Architectural Conservancy of Ontario's Toronto branch.

"Community members have notified us of their concerns over the demolition request for 127 Strachan Avenue," reads a letter to council from ACOTO president Matthew Zambri dated Febuary 18.

"This particular 3-storey building has been standing in the neighbourhood for over 144 years."

"Constructed in the Second Empire Style (1877/1878) the building was designed by architect David Brash Dick, an architect behind many commercial, institutional, religious and residential buildings that shaped much of Toronto’s built landscape in the late 19th and early 20th century," Zambri explains in the letter.

"This building at 127 Strachan is one of his earliest known works in Toronto and was originally built for grocer John H. Meyer. It is nearly unchanged in its original form and still retains many original architectural elements such as its elliptical dormers, decorative brackets and fenestration pattern."

Not only is the site significant architecturally, it's a local hub for the neighbourhood, located just south of Trinity Bellwoods Park. It's also occupied by a business and some residential tenants who live in two dwelling units above Pennies.

Fearing that council could approve the request to demolish on Thursday — a move that may or may not happen — some 3,470 people have now signed a change.org petition asking Mayor John Tory to save 127 Strachan. 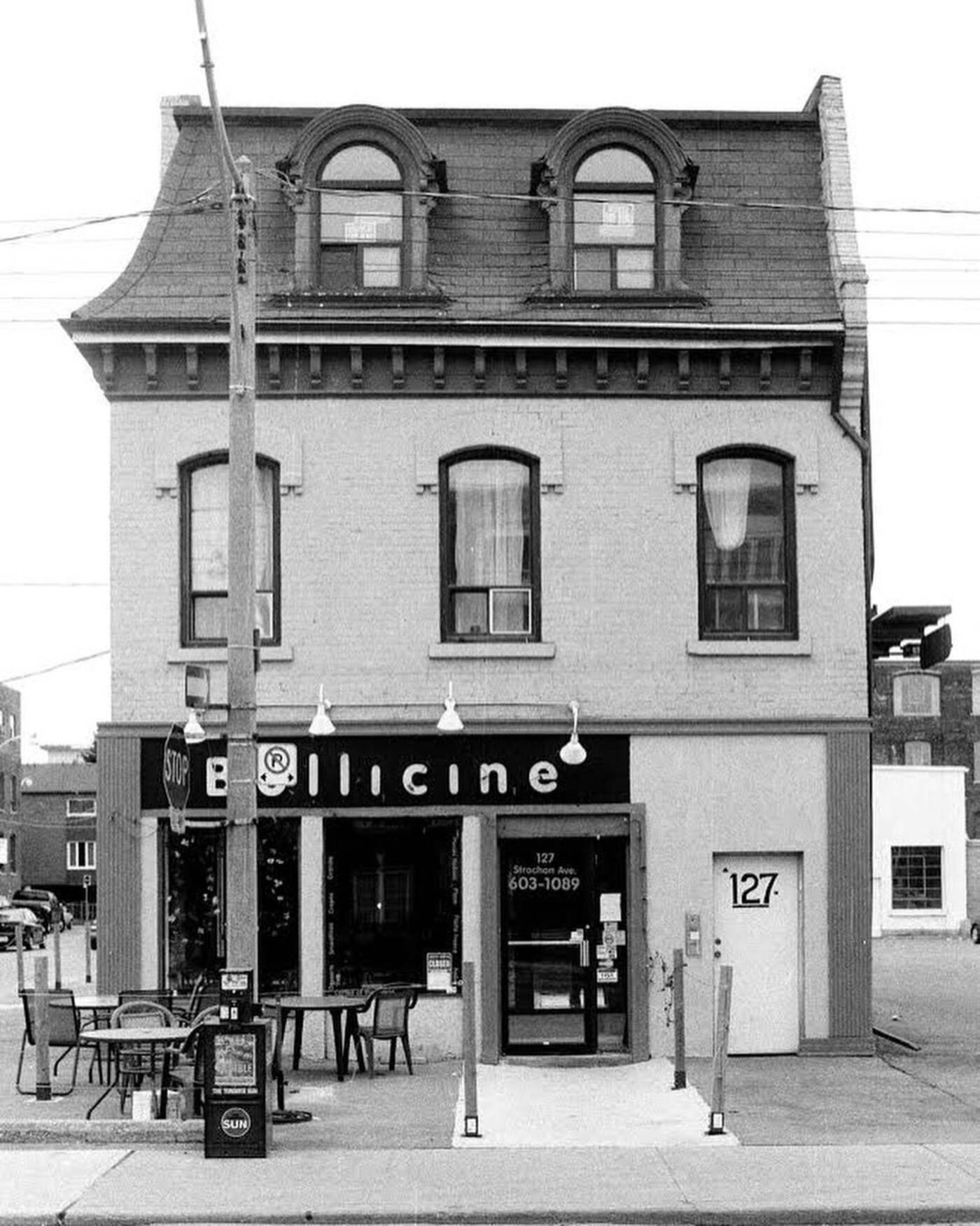 "This beautiful, 19th century building represents Toronto's original architecture and design," said one of the petition's supporters, Jack Tayler, to blogTO on Monday.

"It's a little gem of the city and captures the real magic and feel of this unique area. I've lived in cool places, but never somewhere with such character and charm as this neighborhood."

Tayler, like many others in the city, worries that yet another beloved local haunt will be replaced by some "ugly, unaffordable condo complex." He says it would be a shame for the entire community — another nail in the coffin of Toronto's dwindling soul.

Coincidentally (or not) the future of Toronto's iconic Palace Arms hotel will also be debated at the council meeting on Thursday. The Romanesque Revival building turned rooming house sits directly beside the group of properties (including 127 Strachan) being presented for redevelopment.