Broncos is a slider bar located on Strachan where Politica used to be. It's owned and operated by the team behind Branca , and helmed by Chef Kanida Chey .

The place has a bright mess hall kind of vibe. Long communal tables are furnished with stools, while Southwest-inspired murals feature painted cacti alongside a host of TVs and a pull-down projector screen tuned into sports. The 90-seat dining room is empty the day I visit, but the patio is at capacity. 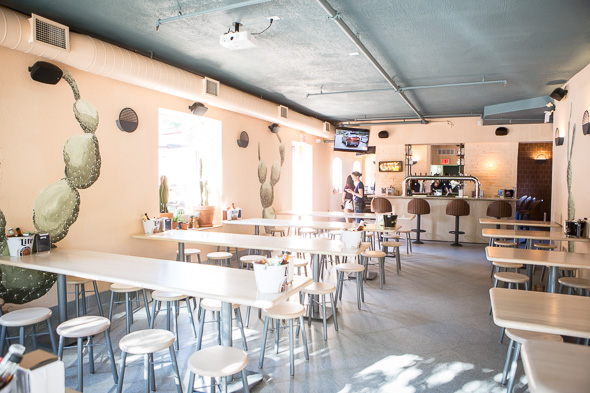 Beer is the star at the bar, and there's 16 on tap to discover (plus two draught wines). Pints are priced between $5 and $9 and include treasures like Schofferhofer's grapefruit radler, and Rogue's Dead Guy Ale. 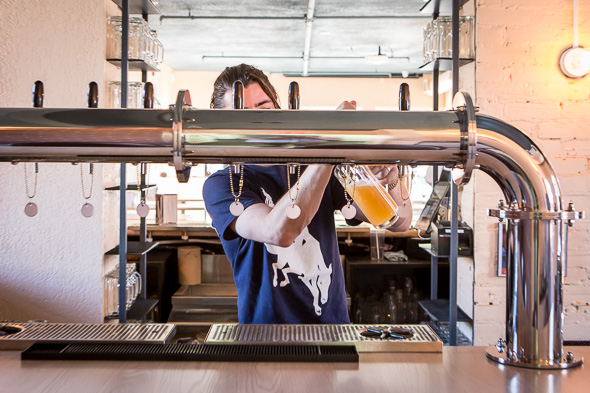 The concept is centred around fun little sandwiches with 18 varieties to choose from. With the sole exception of the mini cheeseburger ($3), calling this selection of diminutive dishes "sliders" is a bit of a stretch, though they're not the first in this city to outright ignore the definition. 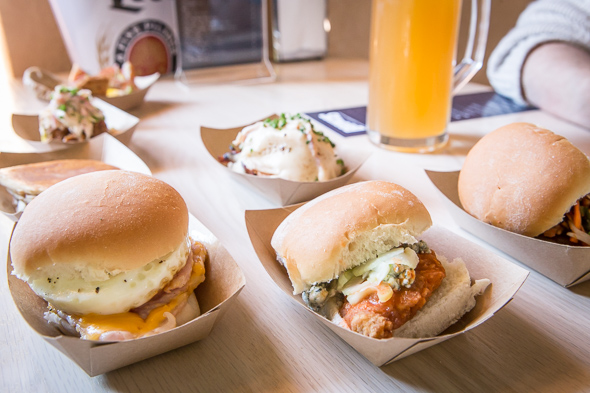 The majority of the menu is served on a bun, but rather than griddle smashed burger patties, the eclectic offerings aim for diversity. There's everything from the St. Lawrence inspired Carousel ($4) loaded with peameal bacon, a fried egg, and American cheese, to the cross cultural flavours of banh mi ($4), schnitzel ($4), eggplant parm ($4), and muffuletta ($4). 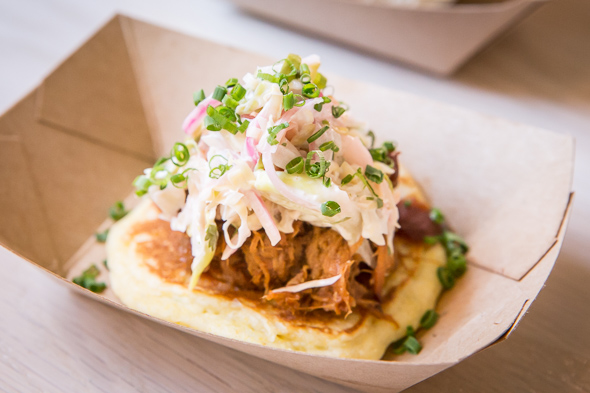 Not everything comes on a bun. Bo ssam ($4) in lettuce cups and "the redneck taco" ($4) on a tiny corn pancake are two such exceptions. 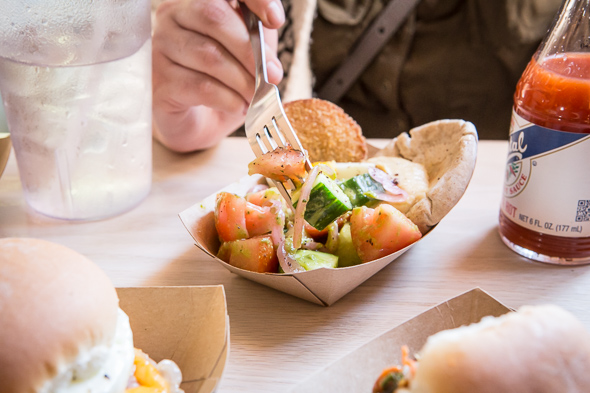 The list of sides includes fries ($4), hush puppies ($3), an iceberg wedge ($4), and the Sabich Salad ($4). The latter is easily my favourite thing that I sample and provides relief from all the bread I've consumed - it's a sumac-dusted dish of diced cucumbers, tomatoes and pickled onions with a tiny disc of fried eggplant and hummus slathered pita. 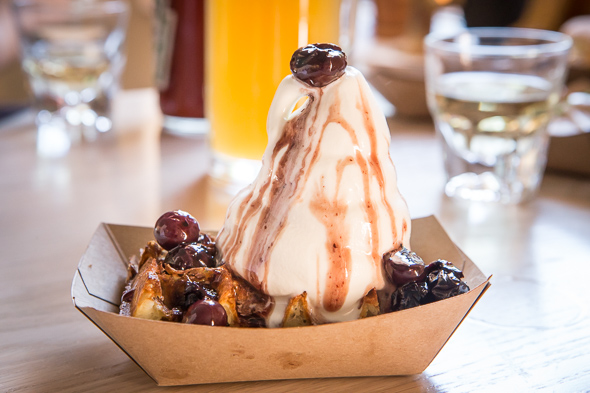 On the sweet side, there's The Elvis ($3), a pressed sandwich loaded with bananas, bacon and peanut butter, as well as sweet cream soft serve ($3) available on a Liege waffle ($7) with preserved blueberries (+$2) or sour cherries ($2). 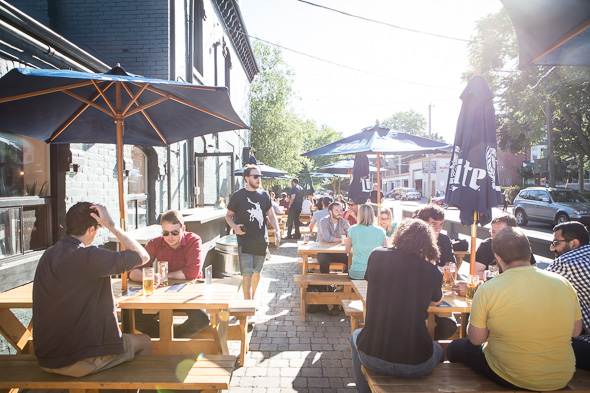 Price points are appreciatively under $5 for most items, though diners looking to fill up should expect to order a collection. 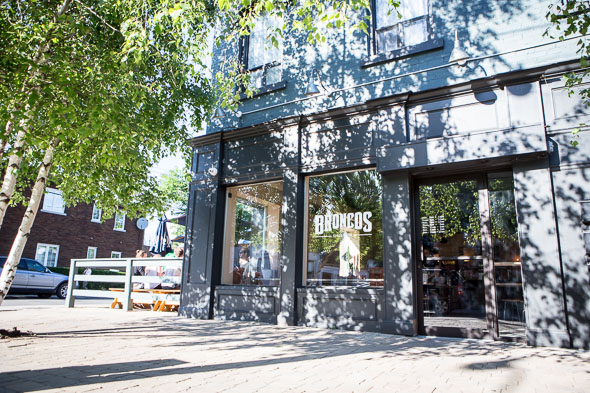