You've likely more than doubled your initial investment, earning hundreds of thousands of dollars simply by living in the place you need a mortgage to pay for.

Buying beats renting in that regard, no doubt... if you bought before 2017, when house prices started skyrocketing out of control, pushing all but the city's highest earners completely out of the market.

While nobody can say for certain whether buying or renting is the smarter financial choice right now (what with those recurrent, ominous warnings of a bubble-pop looming), it's safe to say that houses in Toronto are worth more than they've ever been.

Even before the coronavirus pandemic put a rush on single-family homes, prices for all types of properties had been rising at unsustainable rates across the city for years (despite incomes remaining relatively flat).

Etobicoke-based realtor Graham Rowlands recently created a straightforward graphic to illustrate just how pronounced this value spike has been by comparing average prices for homes sold at the end of 2010 and at the end of 2020. 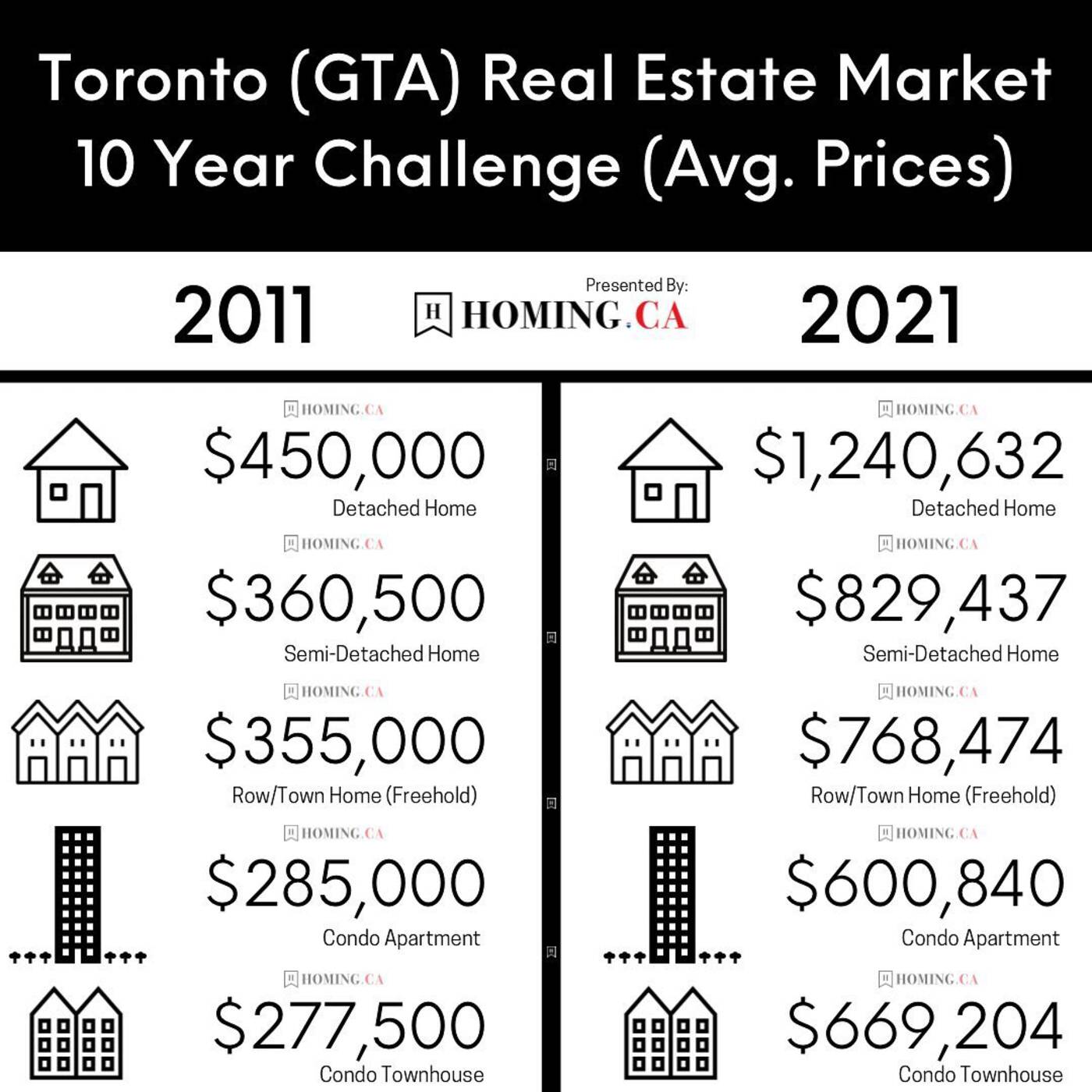 As you can see, the change is staggering: Someone buying a detached home heading into 2021 would pay nearly three times as much as they would have at this time in 2011.

Semi-detached houses are up 130 per cent over the past ten years and condos are up by roughly 110 per cent.

"Long story short if you bought any property in Toronto 10 years ago, you've likely more than doubled your money, built a fair amount of equity and likely have a mortgage payment well below the average rental price in the city," wrote Rowlands when publishing the graphic last week.

"Really depressing to see for first time home buyers," wrote one Instagram commenter reflecting the sentiments of many who've shared the image since. "A house is a pipe dream in the GTA."

Indeed, with the average detached price now sitting around $1.5 million, it's hard for many young people to imagine ever purchasing a home in Toronto.

COVID-19 may have helped correct the rental market a bit, pushing vacancy rates back up into a healthy range and snuffing out a solid chunk of ghost hotels, but the prospect of home ownership remains more out of reach than ever for most people.