While the rest of housing in Toronto continues to climb drastically in price, condos in the city are slowly coming into the range of affordable for more people now that there are a glut of available units that owners are no longer allowed to rent out as Airbnbs.

Because of this trend, the volume of sales of new homes in particular in the city have fallen drastically — down nearly half of what they were at the same time last year, according to new data.

The latest info from Altus Group shows that while new home sales in the GTA were down 10 per cent in October 2020 compared to October 2019 — in part as a result of the health crisis — new home sales in Toronto proper plummeted far more: a whopping 44 per cent, with only 987 new builds sold over the course of the month.

This is largely due to the floundering condo market, the real estate services group says, which can be attributed in part to historic tourism lows, new short-term rental rules, and the rising vacancy rates and tumbling rent prices that have come as a result of the health crisis.

As the work-from-home movement continues, people are also leaving the city and its now-idle office spaces for surrounding suburbs that are cheaper to rent, buy, and generally live in. 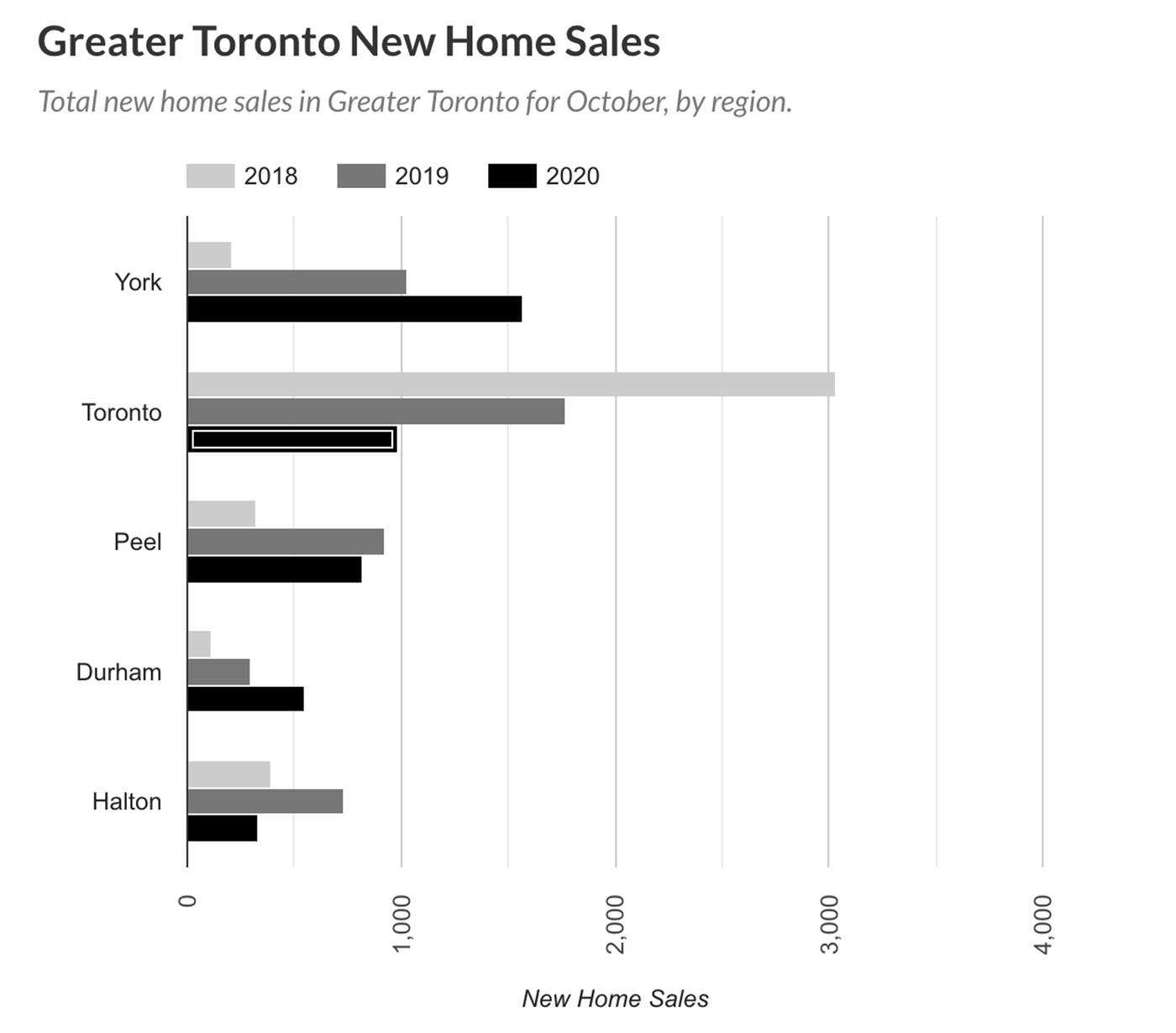 The number of new builds sold in Toronto compared to other parts of the GTA this year vs. in the past two years. Chart from lltus Group & Better Dwelling.

And the condo market specifically is feeling the strain of all of this, especially the micro-condo market of smaller, cheaper units in taller buildings, historically purchased by those looking to turn them into short-term rentals, or by professionals who are instead looking for more living space now that we're all stuck at home, and who likely have less reason to live downtown these days.

Condos are the only housing type that is actually seeing prices lower rather than skyrocket in recent months, and construction keeps on pushing forward despite lockdown restrictions and a cooling market — Altus's report shows that new home inventory has finally just now hit pre-pandemic levels in the GTA.

With some largescale buildings in Toronto seeing even lower sales numbers than this data, it's clearly not the best time to be a condo owner looking to sell right now — but those looking to buy may have a bit of a reason to celebrate, for once.