This under construction condo in Toronto looks like it bends backwards

A pair of "Asian-inspired" condos are currently under construction on Yonge just south of Wellesley, and they're shaping up to be quite the odd duo. 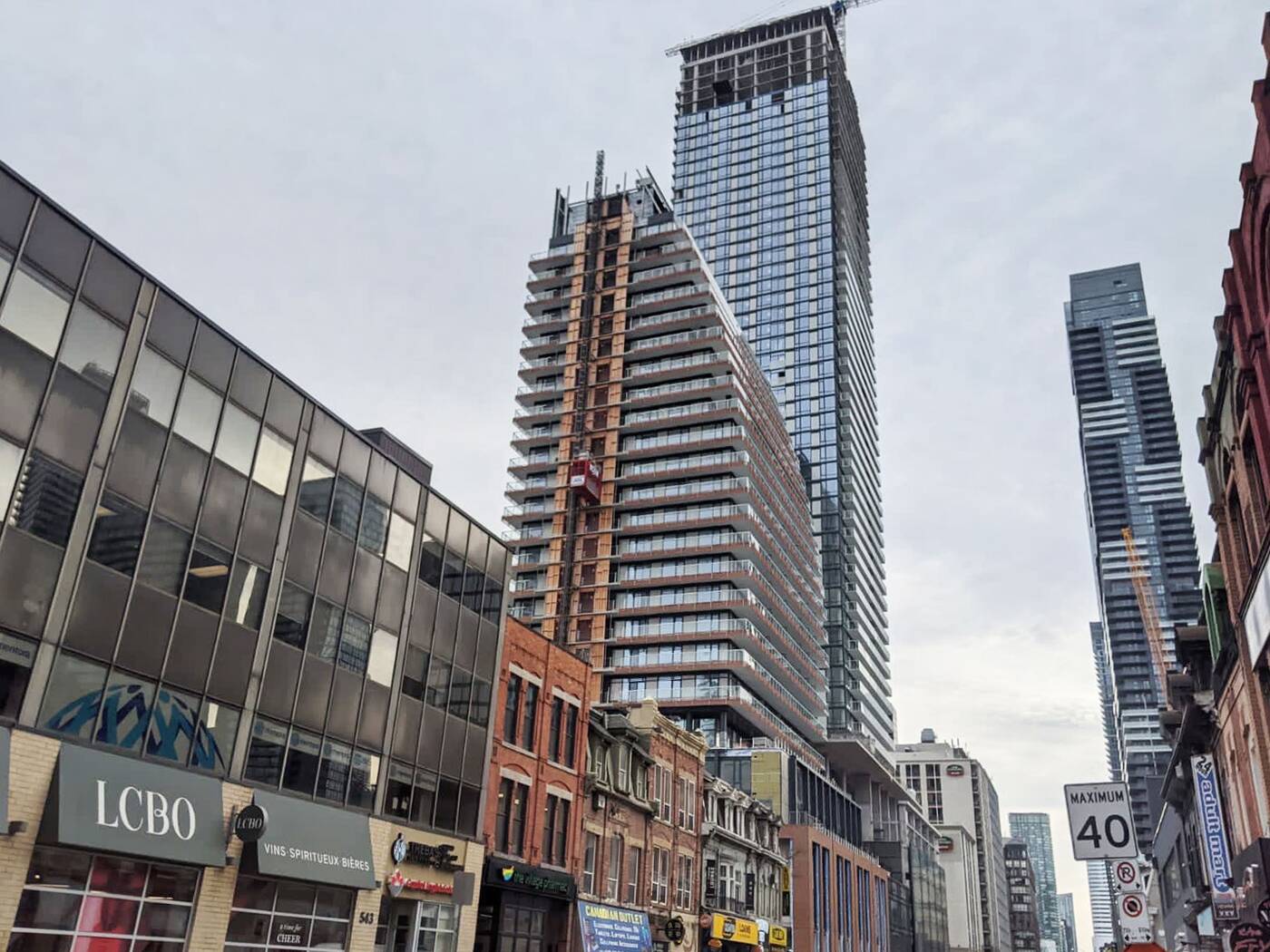 The northern tower of the TeaHouse condos looks like it bends backwards from ground-level. Photo by Fareen Karim.

Above-ground work is well underway, with TeaHouse's podium and multiple storeys complete on the incoming 52 storey and 25 storey towers. 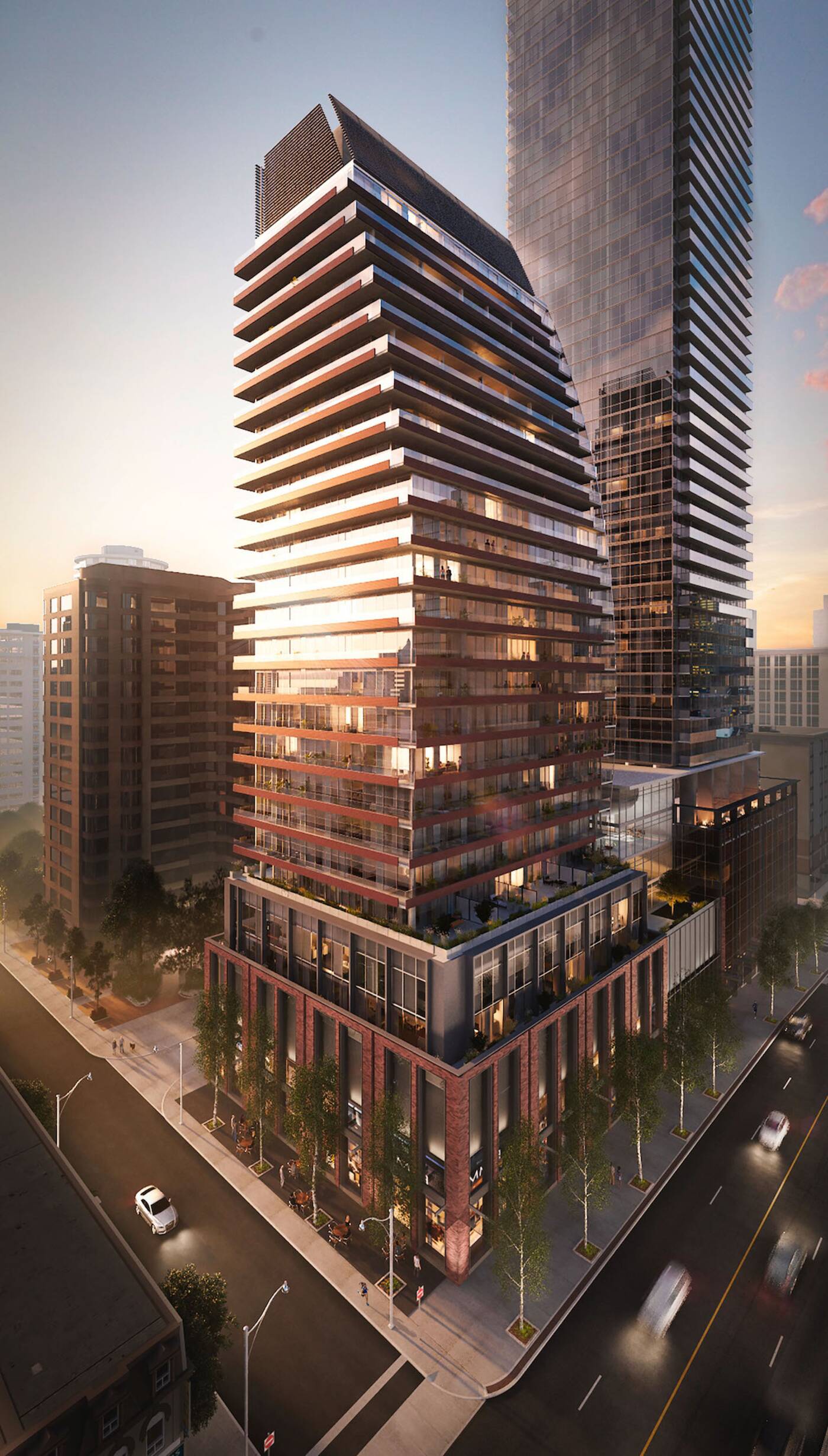 The building from Lanterra is designed by architectsAlliance. Photo via Lanterra.

To really hammer in the motif of the project, the completed building will also include a retail teahouse that is expected to open directly below this building.

It's the shorter building, however, that stands out from ground-level with an optical illusionary curve to its west facade.

Tapering floorplates observed from the sidewalk give the northern building a backward arch effect. The clear glass guards installed on the balconies make the illusion even more pronounced. 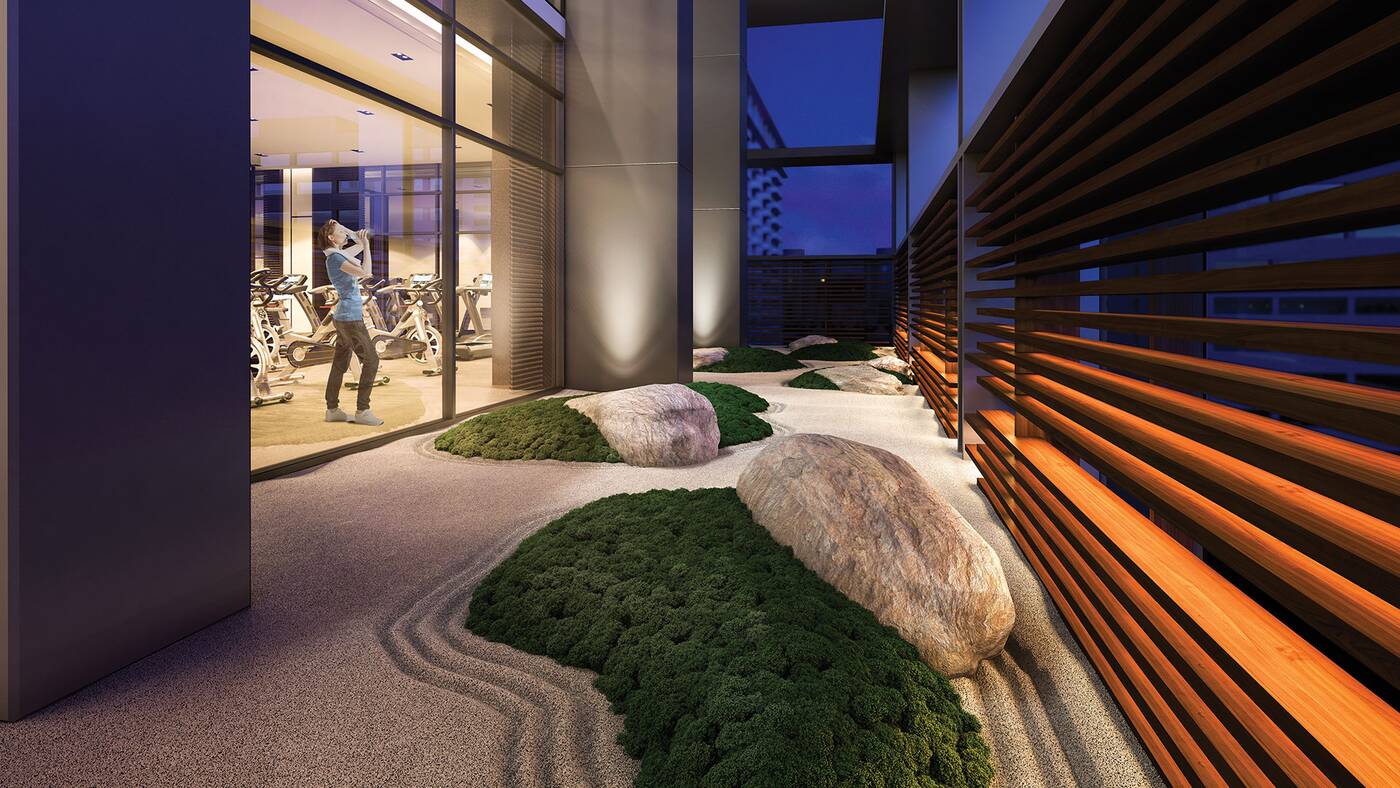 The building boasts an "East Meets West" theme, with a take on a traditional Japanese rock garden. Photo via Lanterra.

According to Lanterra, the luxury condo will add 608 units to this dense area of Yonge Street. Its design goes hard on its "Japanese-inspired" motif, with rock gardens and onsen pools to boot.

Just down the street, the properties at 510-528 Yonge Street (where the St. Louis used to be) will soon be home to a 59-storey tower by KingSett Capital.