Renters in Toronto will be happy to know that the city's rental market continues to be impacted by the health crisis and its economic fallout while its housing market somehow remains untenably hot.

New stats keep emerging to show how the cost of renting a unit in Canada's most expensive city has been plummeting month-over-month for the majority of the year, in part thanks to a temporary ban followed by new restrictions on short-term rentals, which led to far fewer "ghost hotels" across the city.

The latest numbers from apartment hunting tool Padmapper put the average price for a 1-bedroom rental in Toronto at $2,070 in August — a noted decline from the average prices of $2,300 for a 1br or $2,500 for an apartment in general we saw late last year. 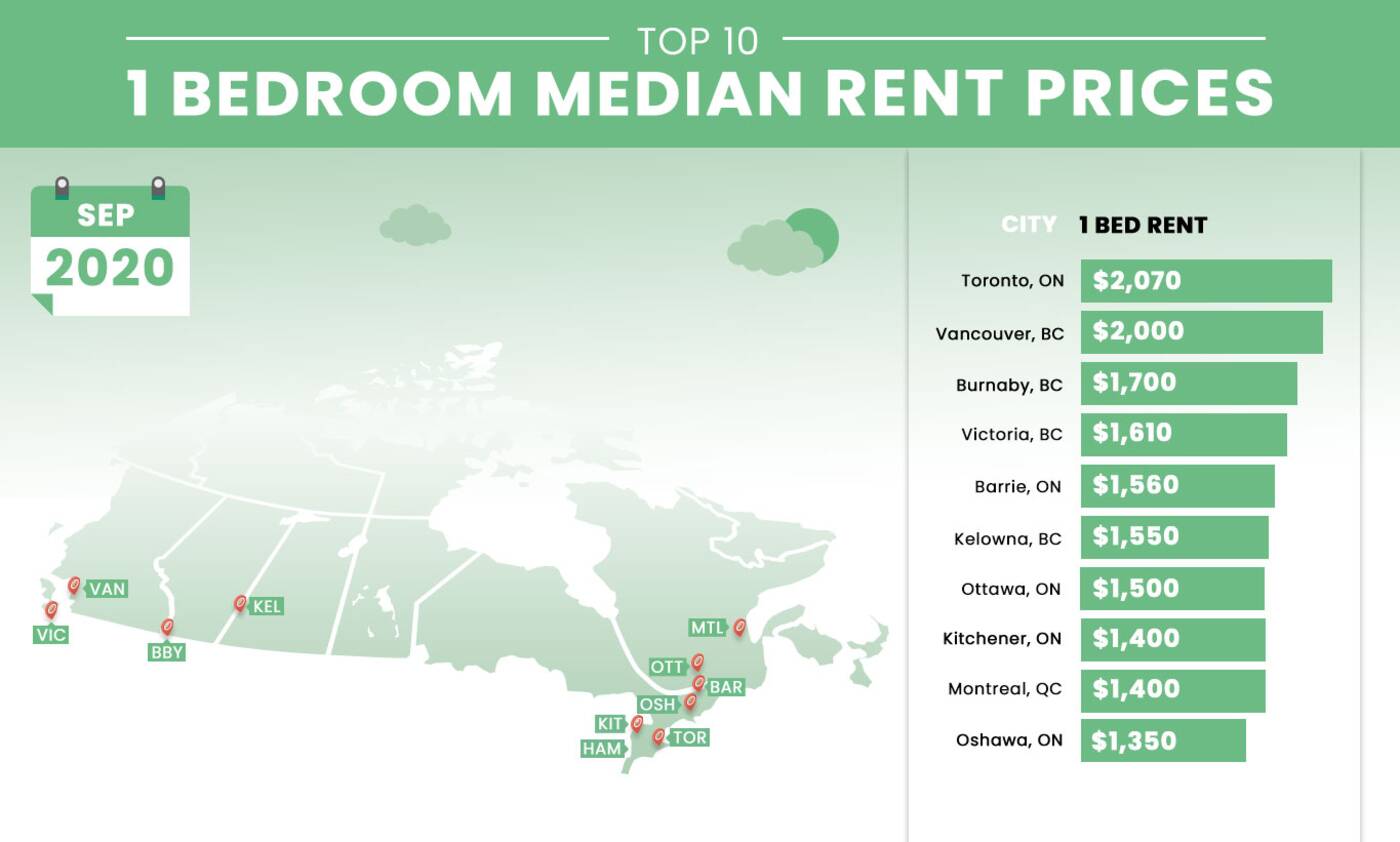 Rent for a one bedroom in Toronto is still the highest in the country. Source: Padmapper.

The same phenomenon is happening in Canada's other notoriously overpriced city, Vancouver, while 12 of the 24 cities the platform tracks are seeing rents rise monthly as economies try to recover from the blow of months of stricter lockdown (which will likely soon return).

All cities Padmapper provides listings for, with the exception of Toronto and Vancouver, had higher average rents in August 2020 than in August 2019, with the company noting that "the rest of Canada seems to be steadily recovering from the sudden halt in rental demand during the pandemic." 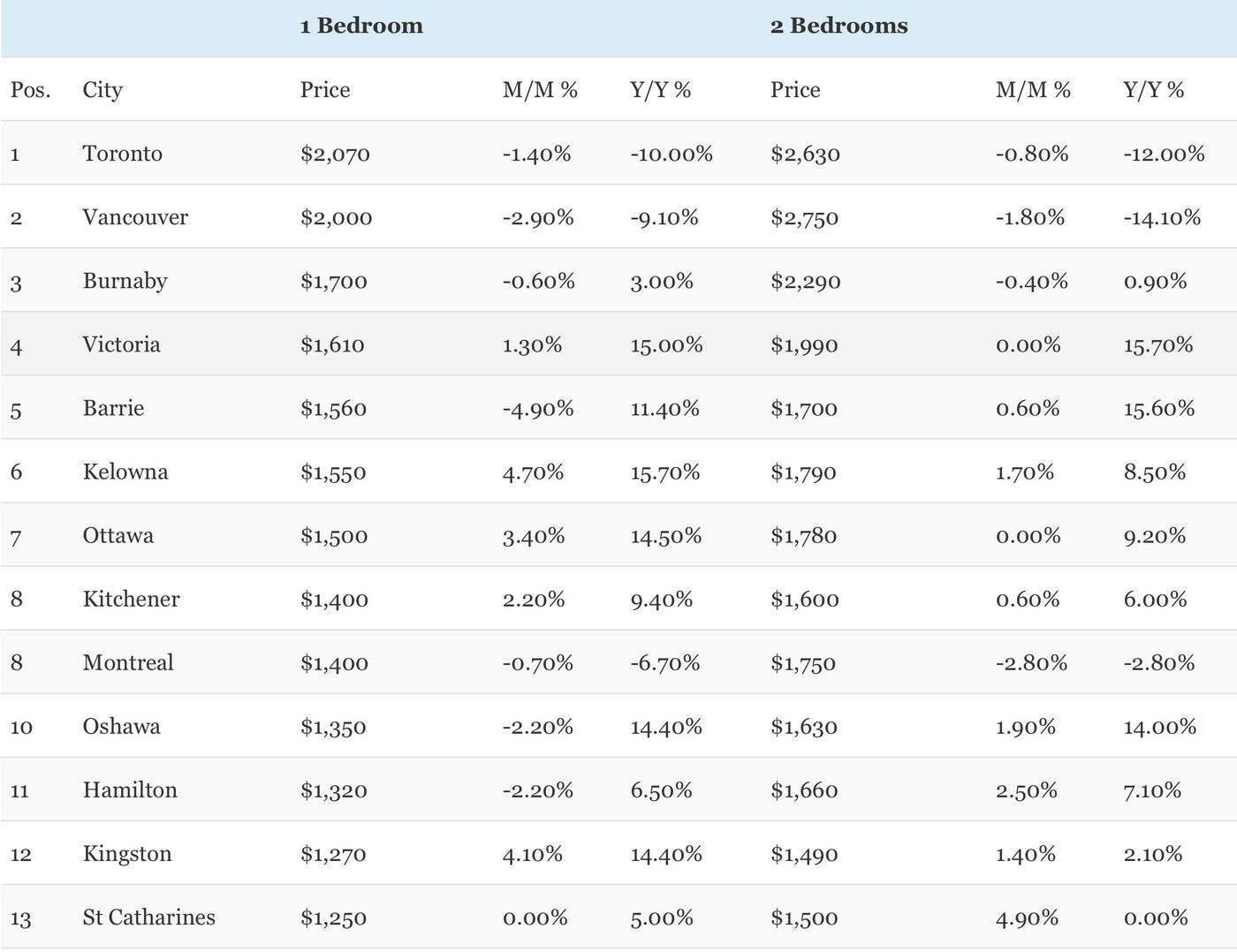 Rent in Toronto has declined 10 per cent since last year for a one bedroom apartment. Source: Padmapper.

Another interesting but unsurprising trend is that in light of the economic struggles, fears, and everything else that COVID-19 has brought, people are moving out of large and expensive urban centres at higher rates.

But, prices in smaller cities surrounding locales like Toronto are increasing — though with an average rent of $1,640 per month, somewhere like Barrie isn't looking too bad right now, even with Toronto rents at such a low.