The Distillery District is getting another big condo building

A new condo is in the process of being approved for Toronto's Distillery District, just steps away from a number of other proposed developments like a new kettle-shaped building, a hotel and some sailboat-shaped rentals.

Slated for 33 and 37 Parliament Street, just south of the historic cobblestoned neighbourhood, the 32-storey tower comes from Graywood Developments, with a frontage that'll be made mostly of red brick, in keeping with the Distillery's heritage look. 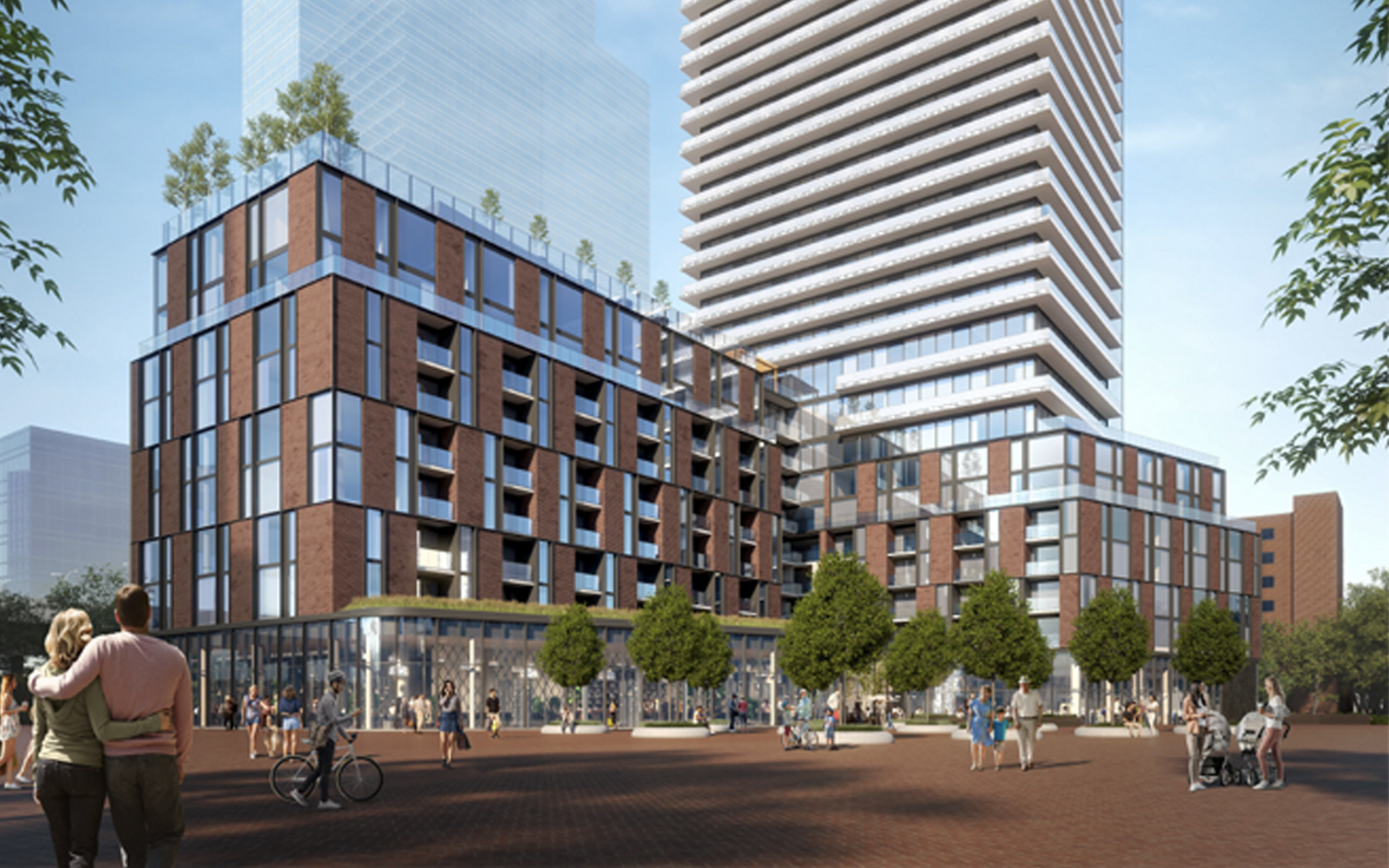 The condo from Graywood Developments will sit on a 10-storey podium. Photo by architectsAlliance via City of Toronto submission.

The new condo designed by architectsAlliance will bring 485 residential units to the neighbourhood.

It'll be comprised of two parts: the 32-storey tower, which will sit along Parliament; and a 10-storey podium, which will stretch along Distillery Lane.

The tower will contain about 367 condo units, the majority of which will be one-bedrooms 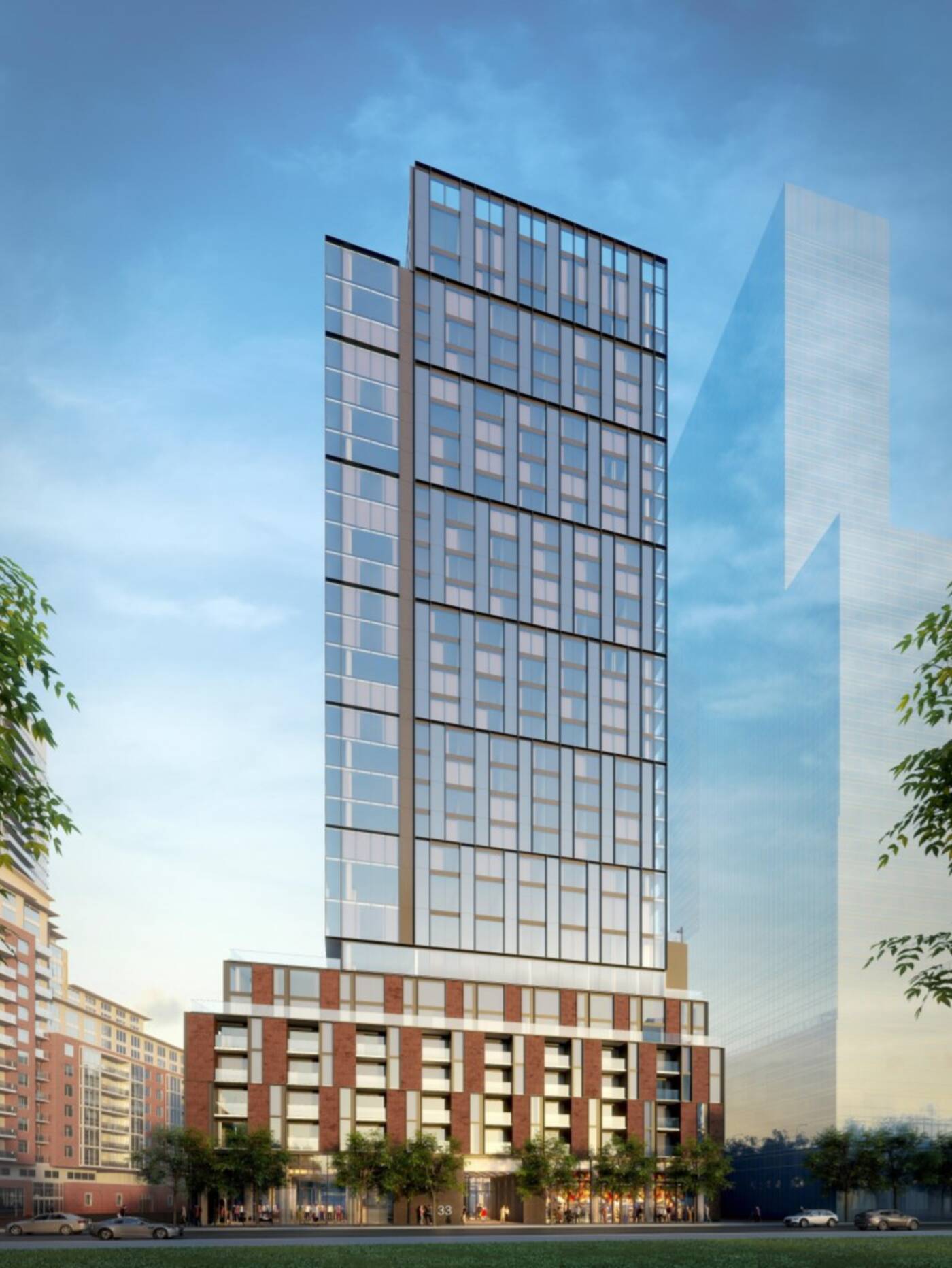 The proposed condo joins a number of other proposed residential projects in the Distillery District. Photo by architectsAlliance via City of Toronto submission.

The podium will contain the remaining 118, also comprised mostly of one-bedroom units. At street level, there will be retail and a POPs (privately-owned publicly accessible space).

Underground, there'll be three levels of parking with 213 spaces, and a total of 486 bike parking spots.

There will be shared balconies on the eighth floor, while a swimming pool will be accessible to residents on the roof terrace atop the podium.

architectsAlliance via City of Toronto application