A 65-storey condo could soon rise up from Toronto's midtown, if a proposal from Lifetime Developments is approved by the city.

A rezoning application has been submitted for 36 Eglinton Ave. W., at the corner of Duplex Street, which sits just west of the ever-densifying Yonge and Eglinton intersection. The area has been a construction nightmare since being designated an "urban growth" centre by the city.

While the Wallman Architects-designed condo, which will span around 220 metres high and is small beans compared to the mind-boggling 95 storey SkyTower that's finally been approved downtown, it's certainly the tallest proposal north of the Yorkville area.

E Condos' 58-storey condo, known as E8, is still the tallest for now, falling not far behind on the northeast corner of Yonge and Eg at 196 metres. 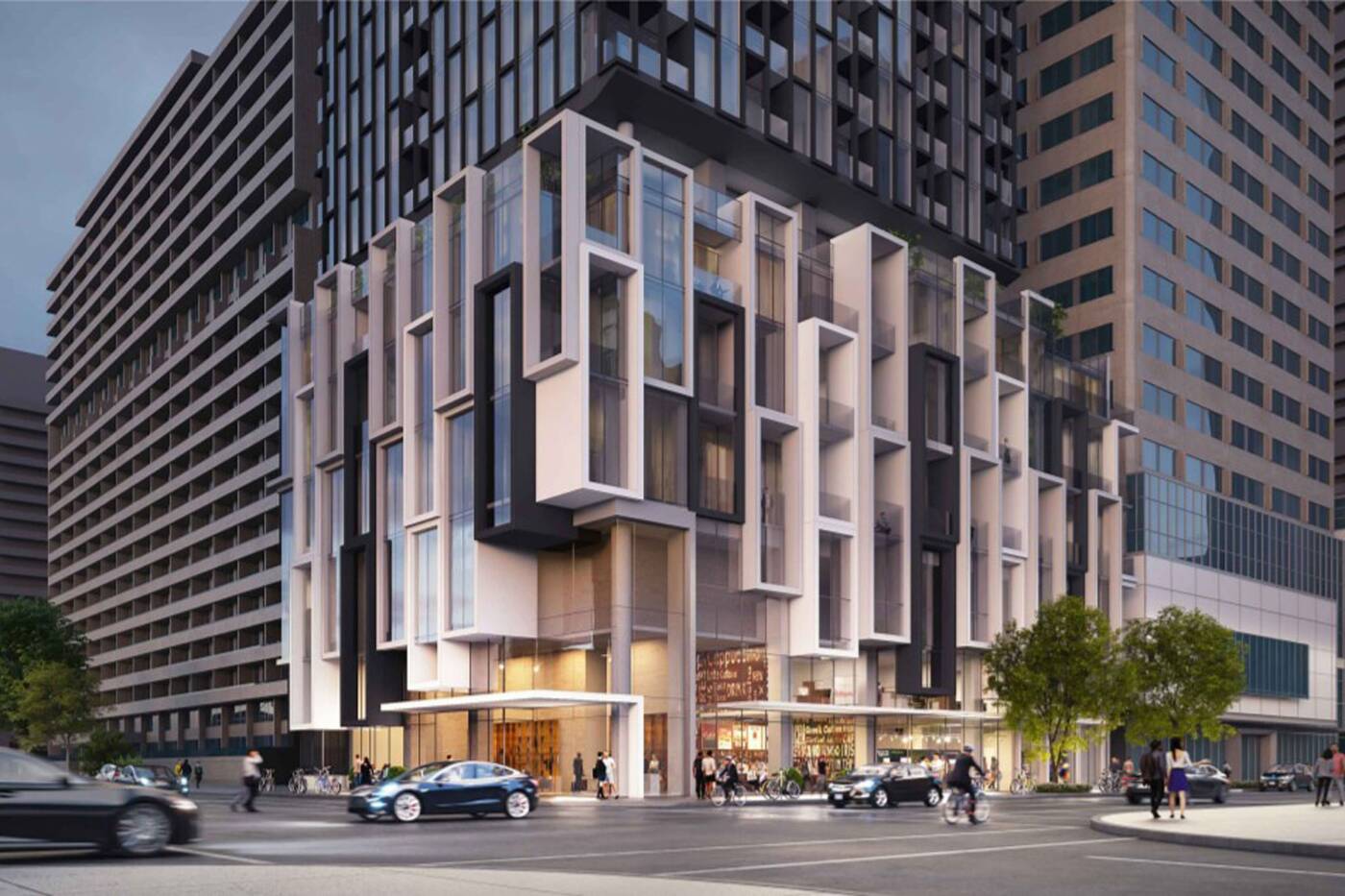 The proposed 65-storey condo at 36 Eglinton Ave. W. will surpass the 58-storey E Condo as the tallest in midtown Toronto. Photo by Wallman Architects via City of Toronto application submission.

The potential condo would replace a seven-storey office building that currently houses organizations like Mood Disorders Association of Ontario and the Consulate General of Sri Lanka, which were originally slated to be demolished for a 39 storey project first pitched in 2011.

This new submission has since jumped by nearly 100 metres, with plans to bring 663 condo units, the majority of which will one-bedrooms, and three underground levels of parking with just 72 spaces.

With the Eglinton Subway Station just two minutes' walk away, there's hope that residents won't have to use vehicles at all, though the building does have a whopping 681 bike parking spots.

Meanwhile, the five-storey podium has been designed for about 5,900 square feet of retail space, with a mix of shops, and condo amenities on the third floor.

There will also be some condo units planned for the upper floors of the podium as well. The sixth floor, which will mark the roof of the patio, will have outdoor spaces including trees and seating for residents.