This is what Toronto's new GO Station could look like

Though the On The GO Mimico condo development was cancelled several years ago due to its developer's financial issues, the site for the plan might now be used in a new mixed-use two-tower project.

Developer VANDYK Group of Companies submitted a rezoning application for the property back in October of 2019, and they're proposing to build a transit-oriented development at the 327 Royal York Rd. location as well as the Metrolinx-owned land at 315 Royal York Rd. 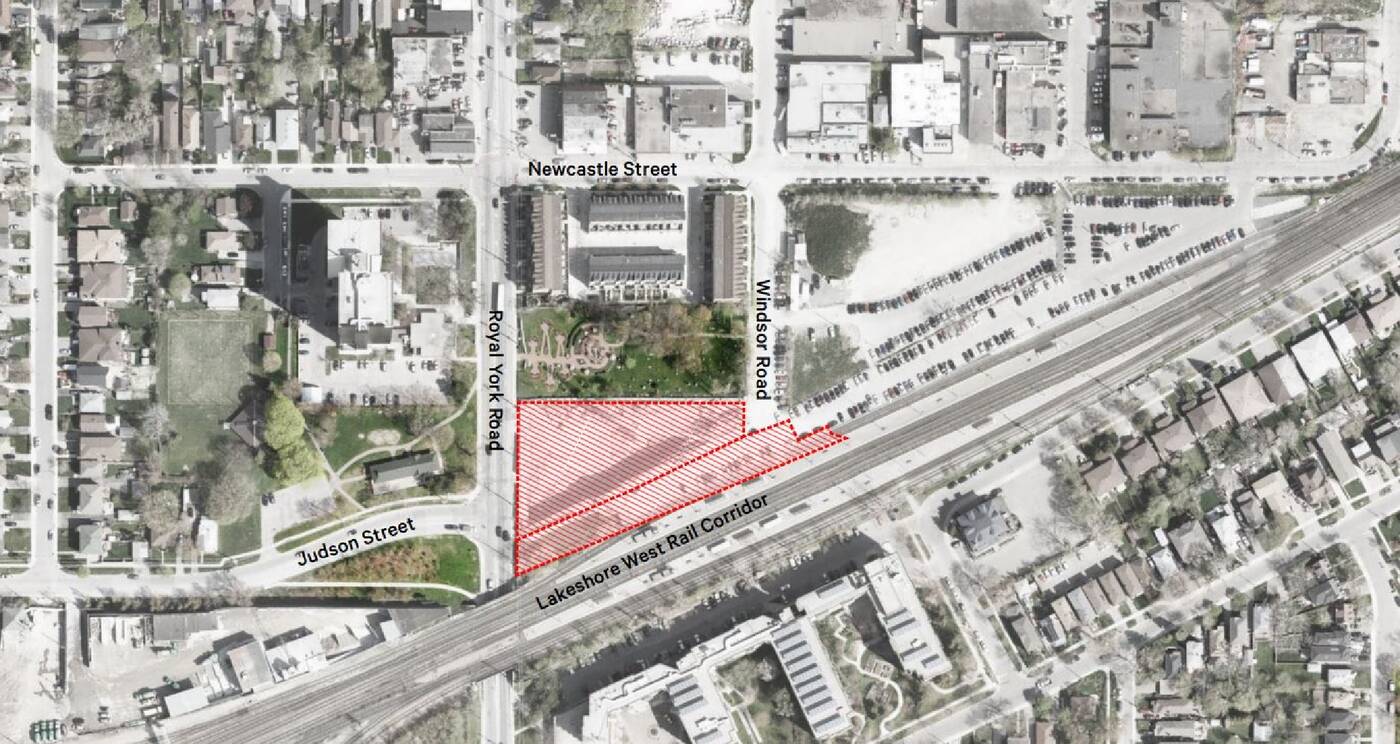 The site of the proposal

"The subject application proposes the integrated redevelopment of the two sites, with a 29-storey and 44-storey mixed-use office and residential project and a new Mimico GO Station building... Both of the building tower elements sit atop a 4 to 8 storey, connected, podium."

The existing Mimico Station was built the same year GO Transit began operation, back in 1967.

According to the rezoning application, the stop serves about 1,200 riders daily and ridership at the station is expected to triple to over 4,000 by 2031.

If approved, the new project would include residential, office and retail space and of course, a significant amount of transit-related space. 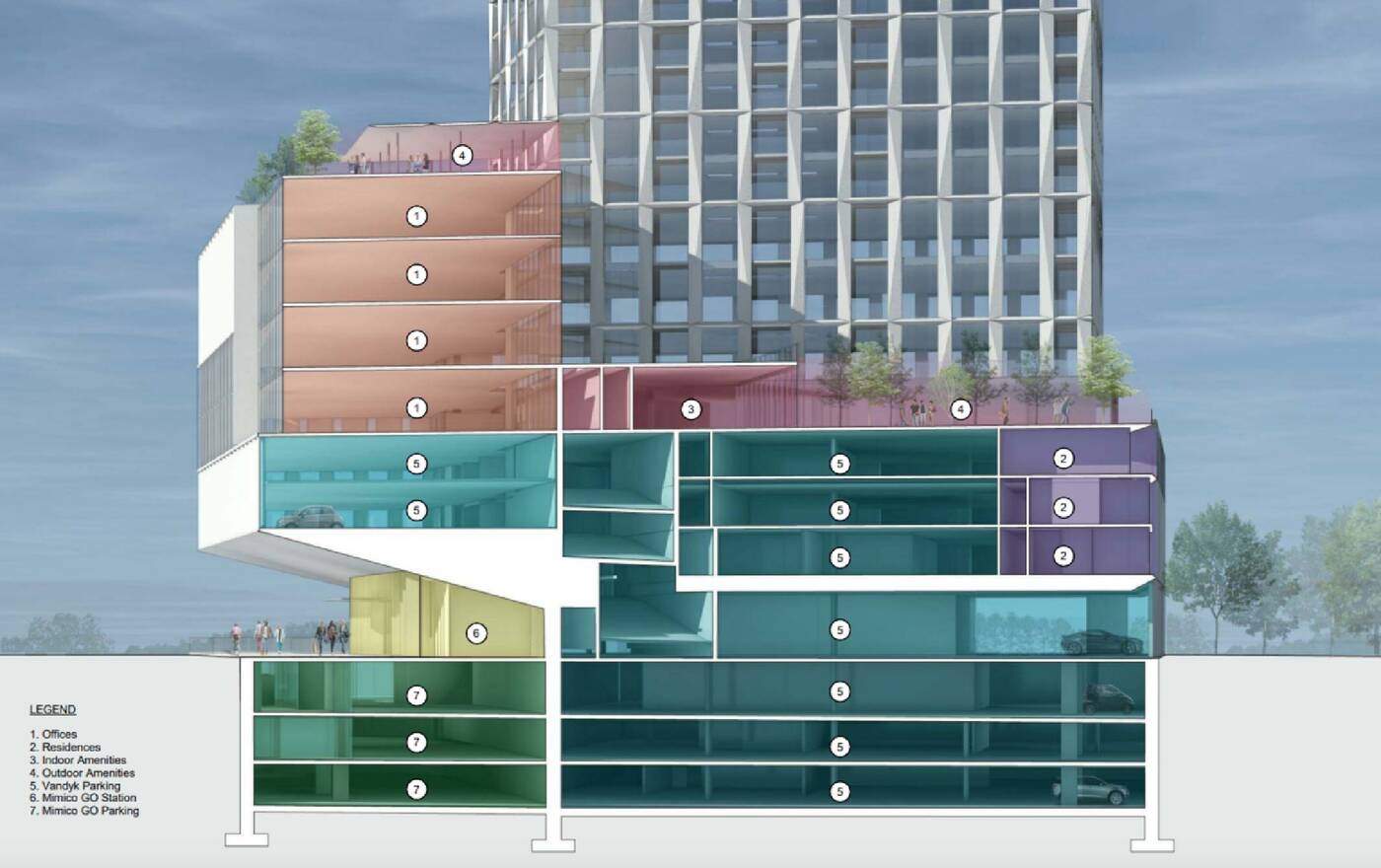 How the podium would be divided

Overall, the development would provide 514 parking spaces for residential, visitor, office and retail users, 103 of which would be reserved for transit users.

The GO station, which would be integrated into the podium of the building, would connect directly to Royal York Road and include bike facilities as well as a transit plaza.

The project would also feature a multi-use pedestrian and cyclist path as part of the Mimico-Judson Greenway. 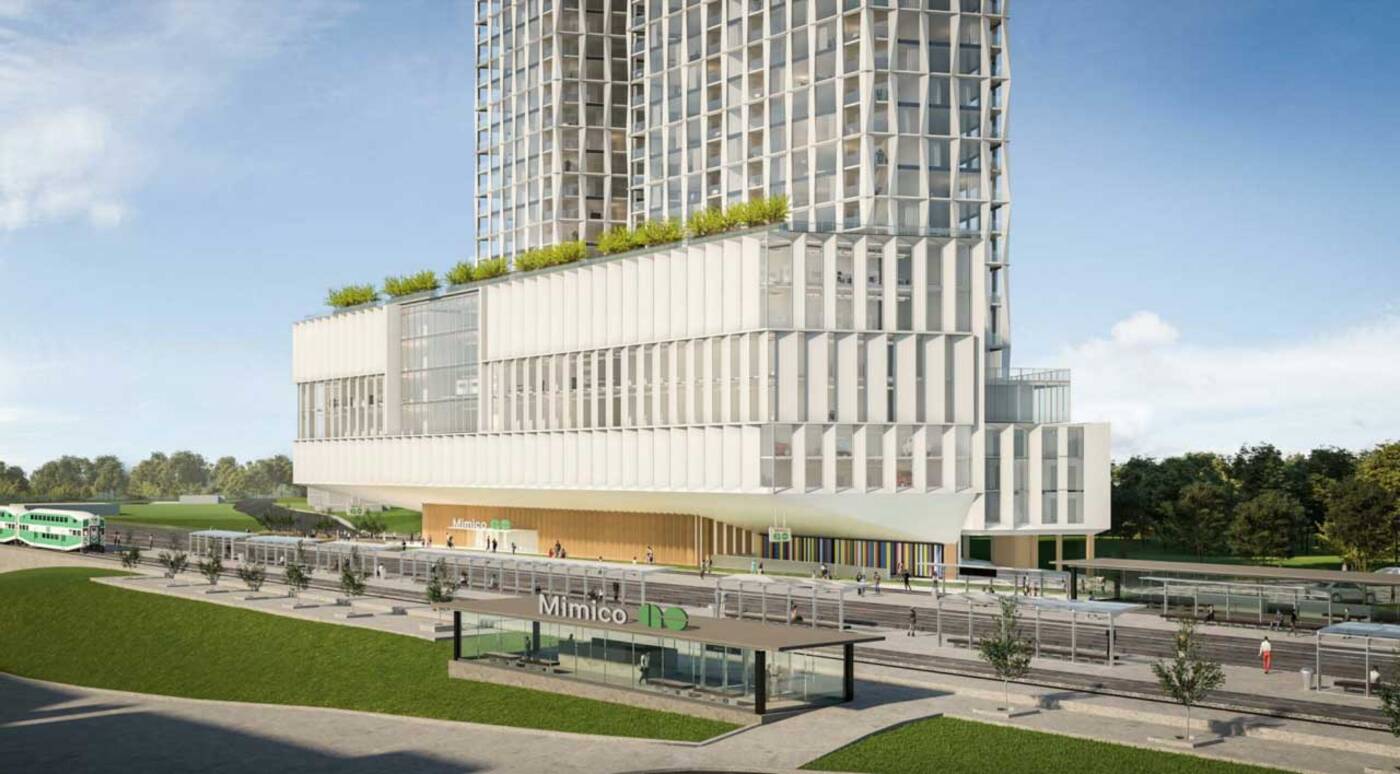 "The area represents an appropriate and significant location for reinvestment and intensification in support of existing and planned transit infrastructure and growth," the rezoning application states.

And for those of you wondering how residents of the building would be affected by noise from the trains, you'll be pleased to know that the podium would be built in a way (long from east to west) that would help alleviate this issue.

The rezoning application for this property is currently being reviewed by the city of Toronto. If approved, the Mimico Station work is expected to be fully accessible by 2023 with electrified 15-minute service by 2025.