New in Toronto Real Estate: On the GO Mimico Condos

On the GO Mimico Condos is pretty much exactly what you might expect given its name. Located just steps from Mimico GO station on Royal York Road and standing at 26 storeys, this building promises to bring some modern highrise variety to this somewhat underwhelming slice of the old suburbs.

Along with featuring some of the best transit connectivity Etobicoke has seen yet, the building also promises to bring some new retail to this area including an as yet undetermined high end grocer and coffee shop (just in case you thought you might actually save money living here). Everything about this place is transit themed, even the units. Well at least in name that is; unfortunately you won't find any "Red Rocket" beds or yellow cords you can pull to lift the blinds. But with suite names like Exhibition, Kennedy and Union you can definitely expect a good nights sleep dreaming about your not so long morning commute.

The 242 Condo units start at about 489 Square Feet and can range as big as 1205 for the penthouse suites. When it comes to amenities, there are a lot of new buildings (most actually) that don't need all the extra bells and whistles, but since this quiet neighbourhood (minus the not so quiet trains) might leave you feeling a bit stir crazy after a while, the developer has included no short of a truckload. These include everything from a simple party room to a guest suite, and unusually enough, a pet grooming area. This neighbourhood sure can use the energy brought on by the new residents, but will they just stay inside and take the train downtown for their fun? 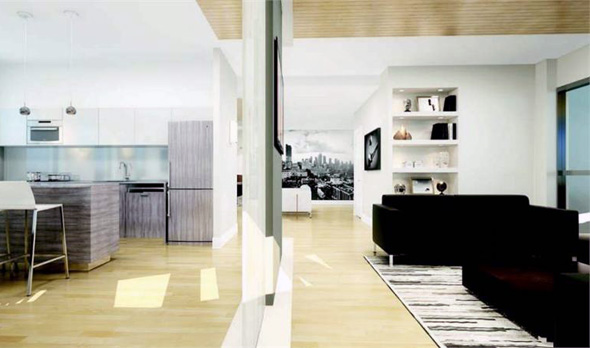 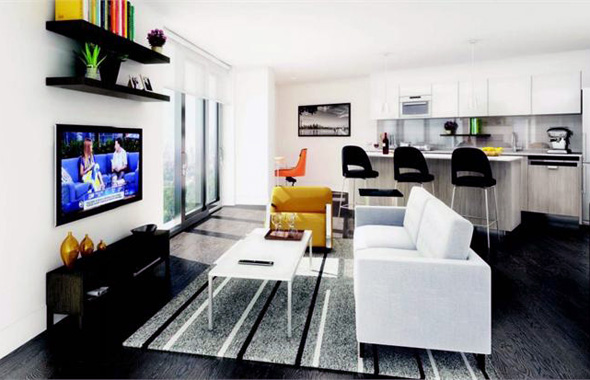 If you're the type who isn't interested in crushing into the core with everybody and their mother right now, but guiltily enough still have a bit of an urban itch you plan on scratching every once and a while, this place place might suit your needs quite well. At only two short stops from Union you'll be making it downtown quicker than your friends who live in North York. This building is probably going to be most appealing to people who already take the train on this line and, more likely, people who specifically use Mimico Station. And to be really exact, the market is probably the people who regularly stand around at this stop waiting for the train saying "man I wish I was still in bed." 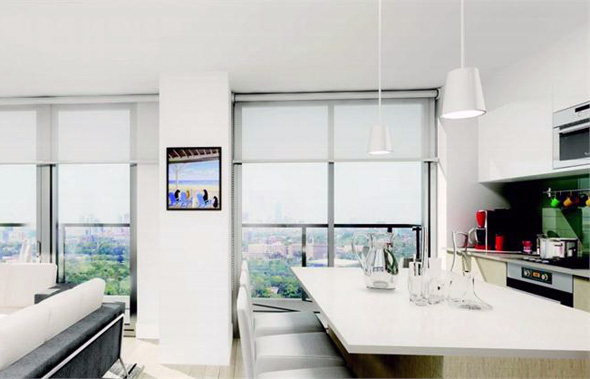 This is exactly the kind of development this low density area needs, but with a project that seems specifically designed to quickly and efficiently move its residents out of the neighbourhood on a daily basis, any benefit it might offer will surely be dulled by the commuter effect. If you are actually buying a unit here because of the easy commute, it might also be worth considering that for these prices you can easily live downtown if you're willing to sacrifice a little space.

Although this condo promotes the idea that you can just take the GO into work and never need to drive, Etobicoke isn't exactly known for it's walkability. And if you plan on living here without a car you shouldn't plan on doing too much in the neighbourhood. Yes there is also a bus line and even apparently brand new retail on the ground level, but it certainly does not really encourage anyone to get out and about in this bedroom community. 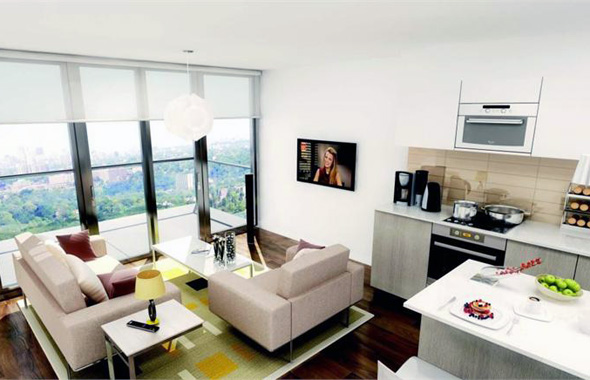 There is something nice about having an easy escape from the city, and for the right person this is an excellent way of balancing two different lifestyles. But, on the other hand, there are plenty of extremely similar condos right downtown ripe for the picking that have almost no commute time and won't have trains blasting by the window every half hour. 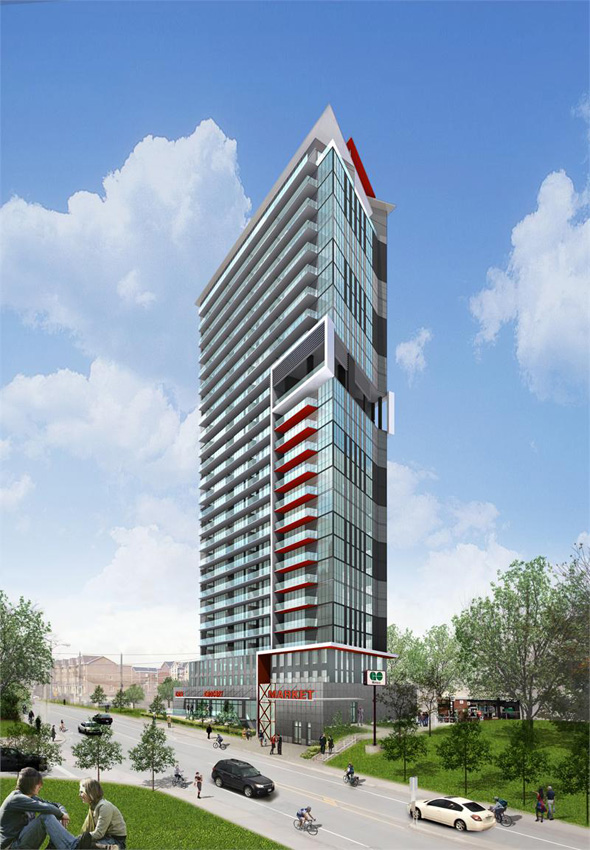