Renting a two-bedroom apartment in Toronto just got slightly cheaper

Today, for what feels like the first time in 186 years, I am thrilled to say that the cost of renting an apartment in Toronto just got a little tiny bit less expensive.

The average rent for a one-bedroom rental unit in Toronto remains flat as of January 2020, according to the real estate listings site Padmapper, holding steady at its all-time peak of $2,300 per month.

Two-bedroom apartments, on the other hand, dropped by a glorious 1.7 per cent over the past month for a new average rental rate of $2,950.

It may not sound like much, but that 1.7 per cent equates to about $50 every four weeks — which can go a long way in helping people afford such luxuries as food in addition to rent. 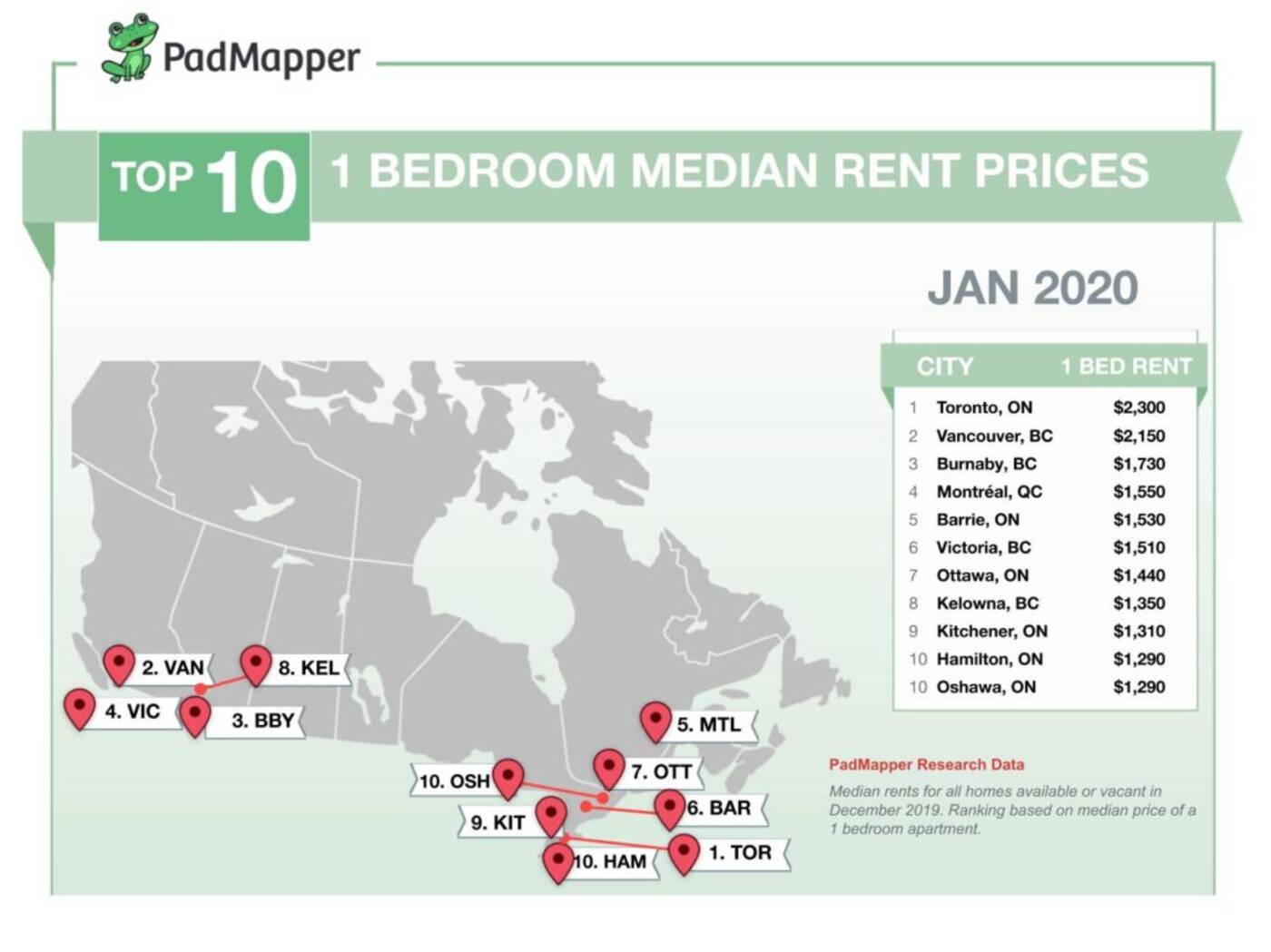 Padmapper's national monthly rent report for January 2020 shows that rent prices for one-bedroom units in Toronto remained flat over the past month at $2,300. Image via Padmapper.

It's also simply nice to hear about rents going down for once after years of watching them steadily climb. Even if it's only in one category. Even if that category still posted a year-over-year increase of 3.5 per cent.

Toronto has the single most expensive rental market in Canada as of January 2020, and the situation is only expected to get worse as more and more people move into the city and find themselves priced out of home ownership.

It was only two-and-a-half years ago that we were shocked when two-bedroom units reached an average rent of $2,300 per month, after all.

With that figure now representing the average one-bedroom apartment, you'd be well-advised to hold onto your rent controlled place if you're lucky enough to have one.