The average cost of a one-bedroom rental in Toronto is now $2,300

Can we go a single freaking month in this city without breaking a new record for high rent prices?

Apparently not, suggests newly-released data from the analysts at PadMapper.

The situation is pretty grim, to say the least... but mostly for residents of Toronto and, to a lesser extent, Vancouver.

Toronto reached a new peak median rental price of $2,300 per month for one bedroom units in August of 2019, by PadMapper's calculations.

That's only ten dollars more than what landlords were asking for at the time last month, but still marks a 7.5 per cent year-over-year increase. Two bedrooms held steady between July and August at $2,850.

See the full coast-to-coast breakdown for median rent prices from PadMapper below... and maybe start looking for jobs in St. John's. 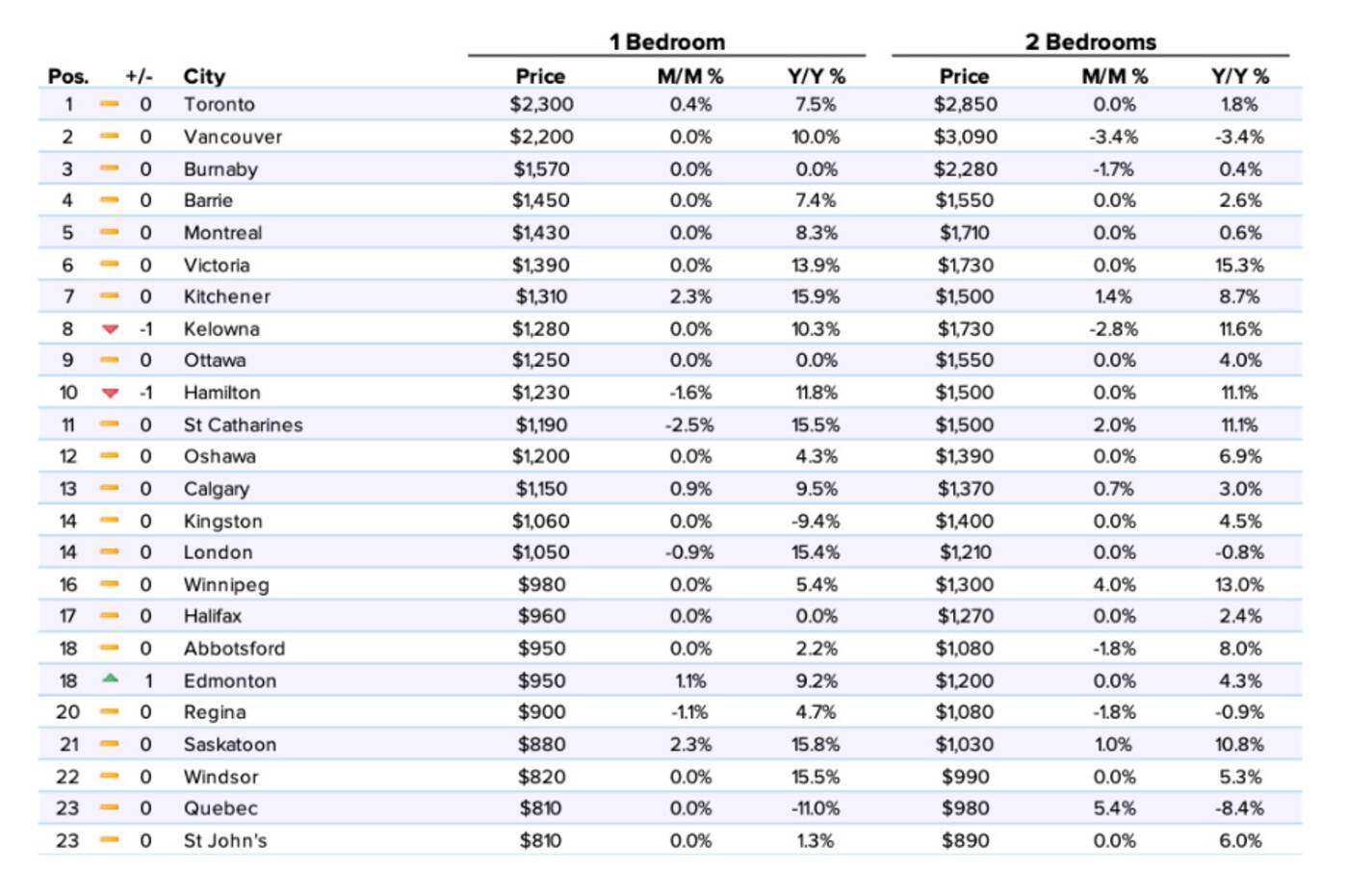