It looks like the University of Toronto's campus is getting a major glow-up, because there's now a gorgeous building to add to the list of potential new structures.

Following the announcements of a new innovation complex, a new landmark building and a huge wooden tower, U of T’s Victoria University is proposing a new Integrated Learning Centre (ILC), according to Urban Toronto.

The proposed building would be five storeys and resemble an irregular pentagon. 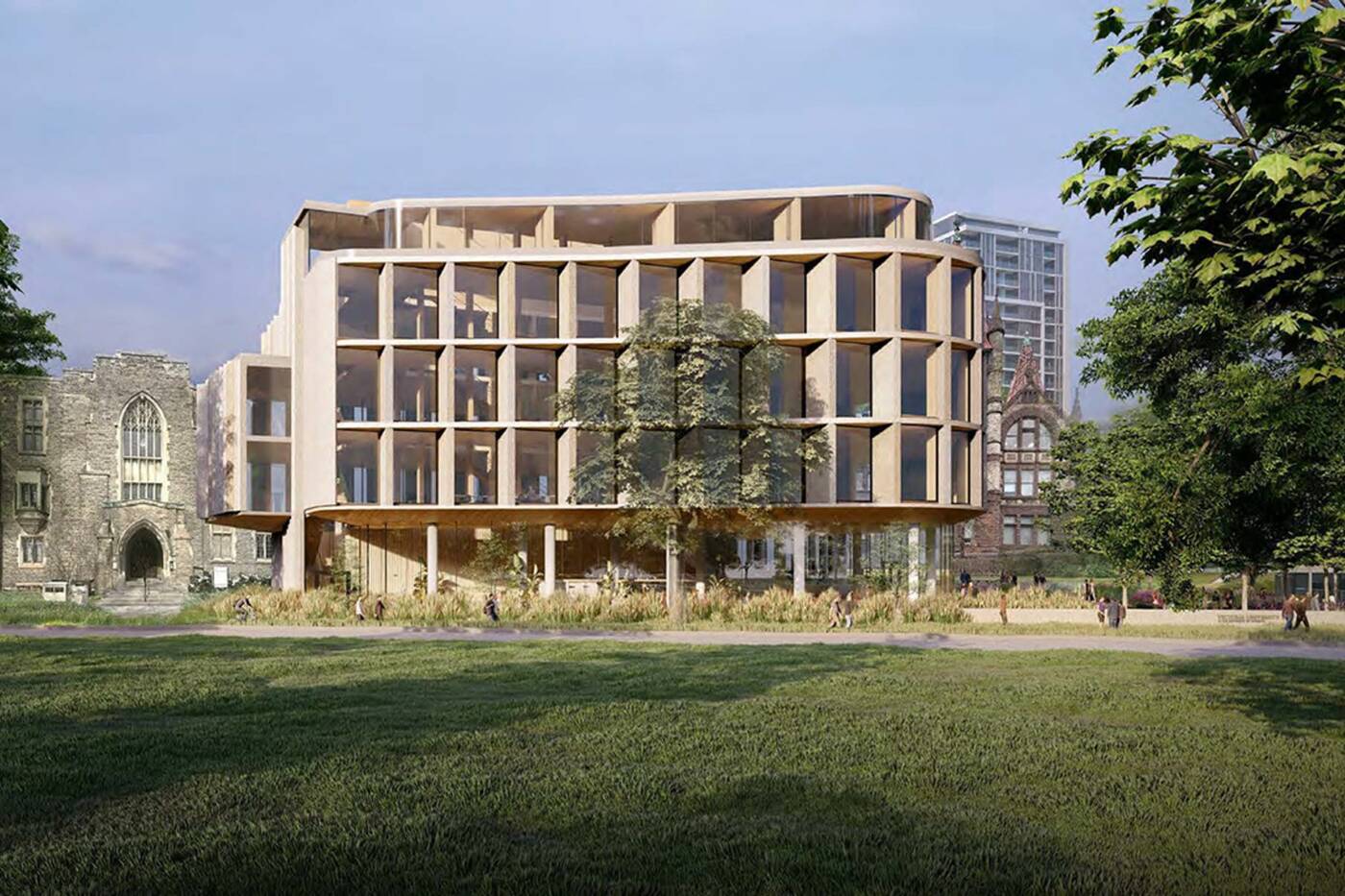 The North-East view of the building.

If accepted, the Brook McIlroy-designed building would replace the Northrop Frye Hall at 73 Queen's Park Cres. East, which was built in 1966.

The project proposes leasing the 27,000 ft² Triangle Lands from U of T, which is a small part of the area that is owned by U of T but not leased by Victoria College as of yet. 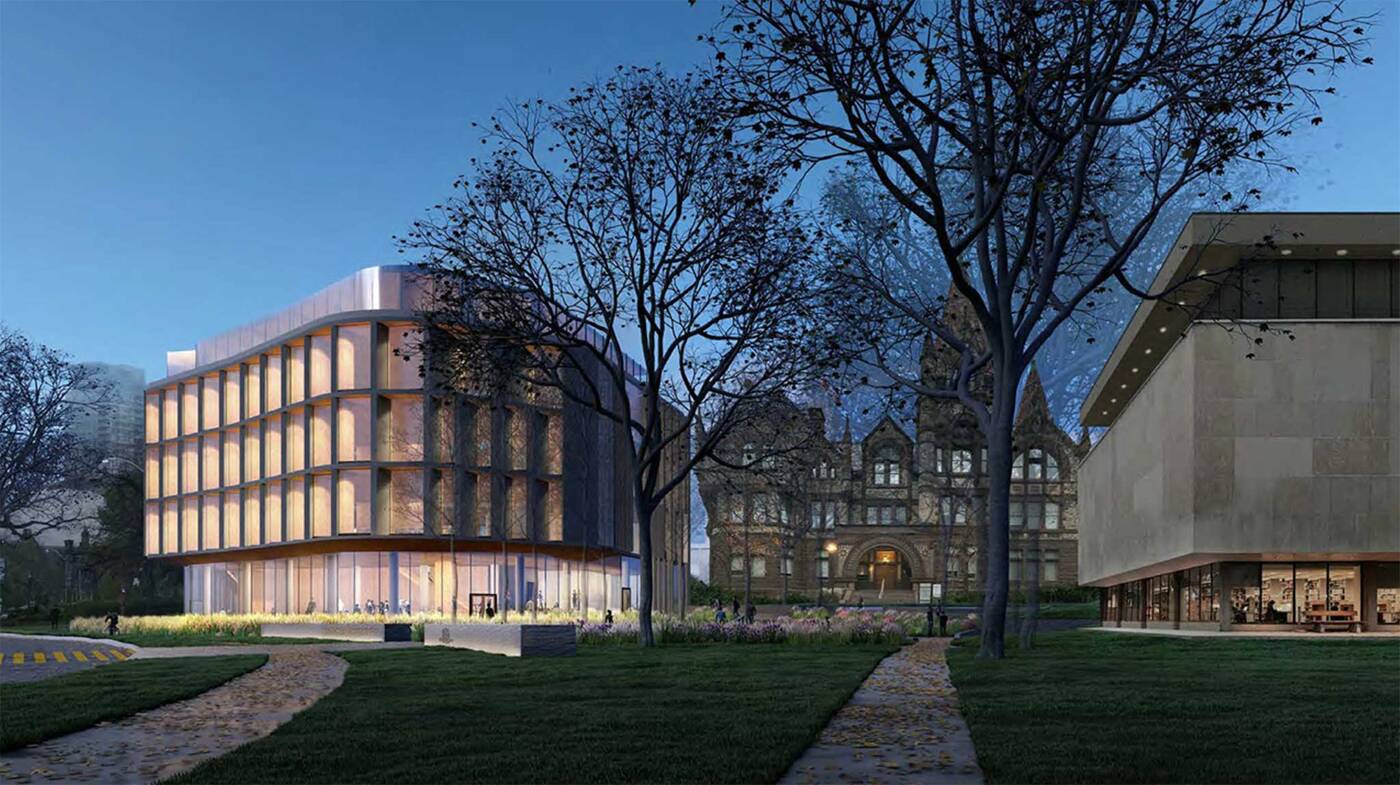 The building as seen from Queens Park Crescent.

In order for that to happen, according to Urban Toronto, the 1892 lease would have to be amended and an Official Plan Amendment application and Rezoning application would be required.

Although a site plan has not yet been approved, in order to ensure that the building is environmentally friendly, mass-timber construction is being considered.

A pentagon-shaped, all-wood building definitely sounds cool, but there's no telling how long a project of this size could take.

Brook McIlroy for University of Toronto