Exhibition Place is getting a new pedestrian sky bridge

It's been a full year since the glamorous Hotel X opened at Toronto's Exhibition Place, but developers aren't quite finished with the project just yet.

The southeast corner of the publicly-owned owned Ex grounds will continue to blossom as planners connect new facilities with old, making a true, convention-worthy complex out of what used to be a stark, barren wasteland for more than 90 per cent of the year.

If all goes as planned, one accessibility feature will be a glass-enclosed bridge between Hotel X and the historic Automotive Building, which was designated a heritage building in 1988 and now houses the Beanfield Centre. 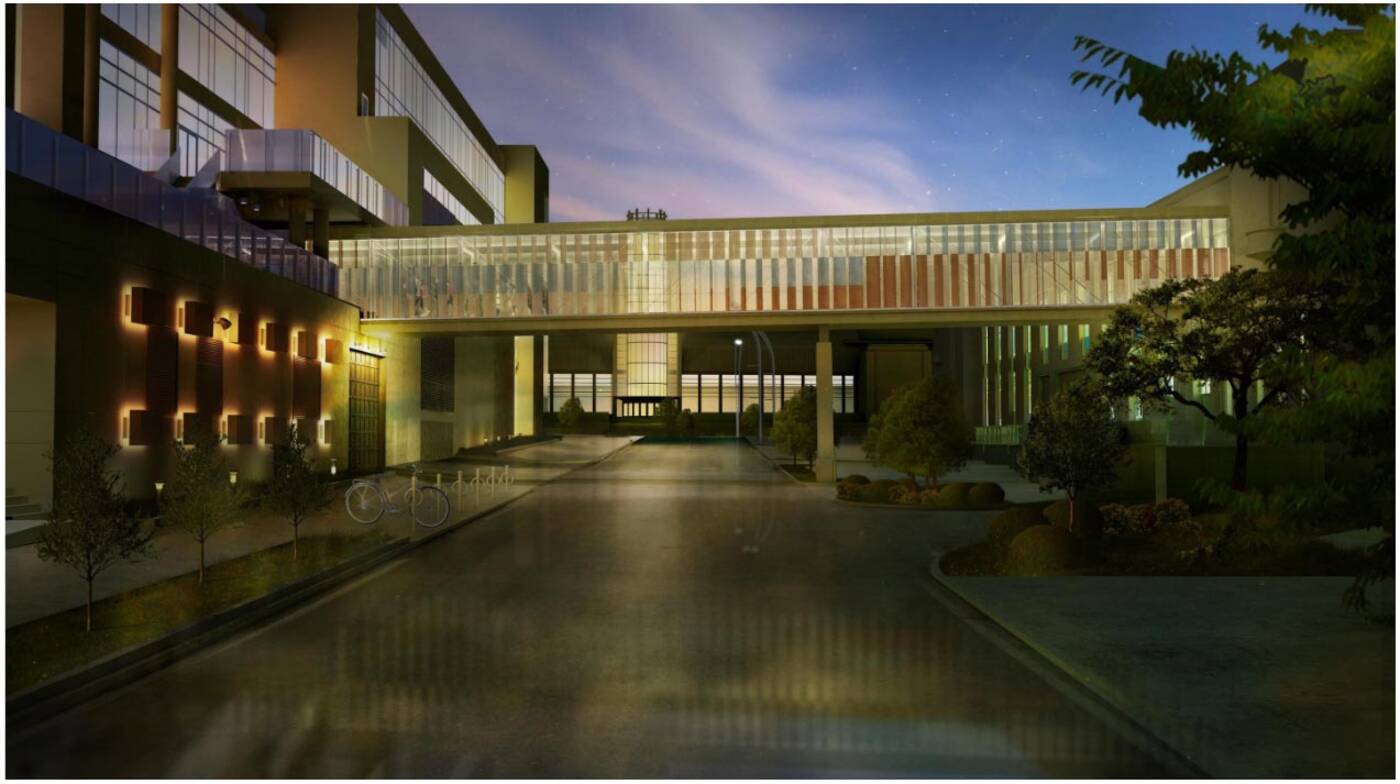 A perspective view of the proposed bridge at night looking north onto Newfoundland Road. Image via NORR/City of Toronto submission.

An site plan submitted earlier this month to the City of Toronto by the architecture firm NORR on behalf Exhibition Place's Board of Governors details something called the "Beanfield Elevated Pedestrian Connection."

It's a walkway, essentially, for people to move between 2 Strachan Ave. and 111 Princes' Blvd. without needing to go outside. 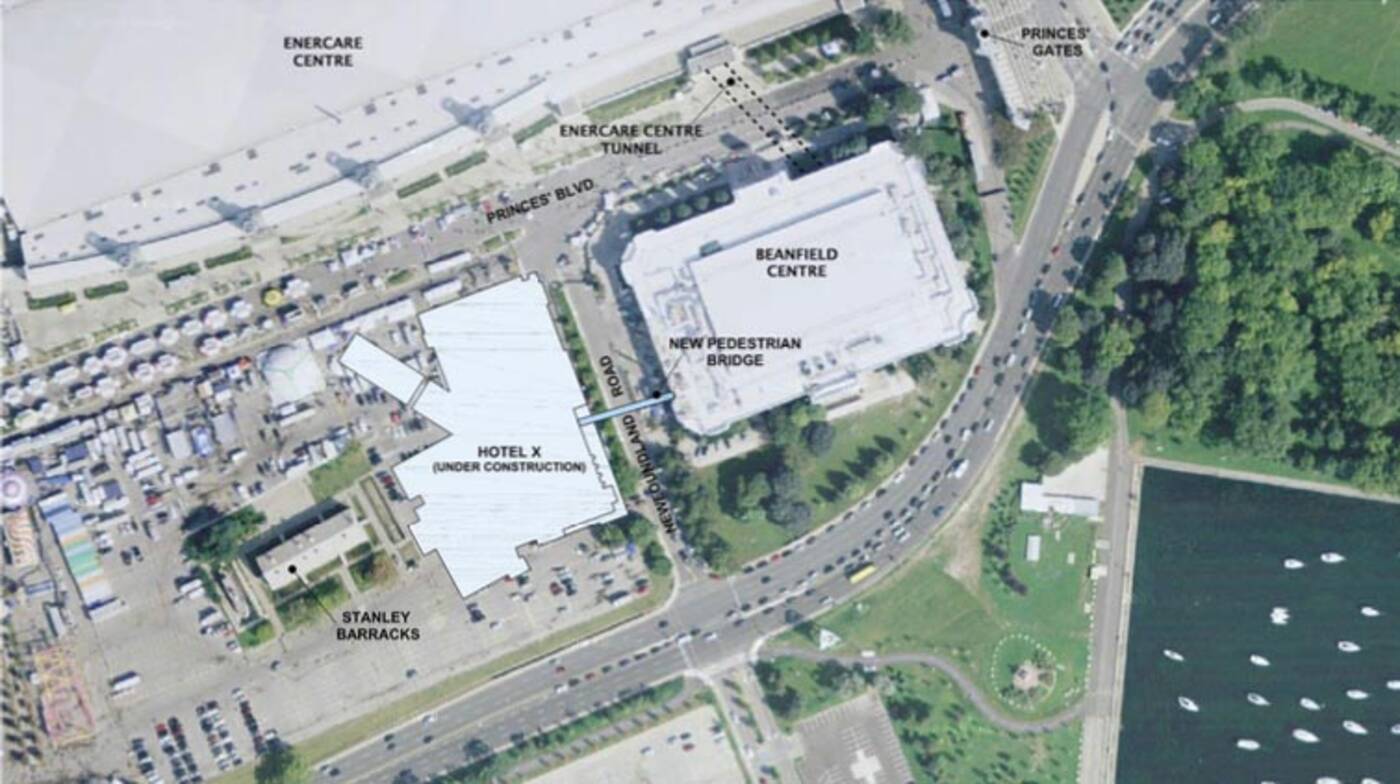 The bridge would connect Hotel X to the Beanfield Centre within Exhibition Place's historic Automotive Building. Image via NORR/City of Toronto.

"The proposed pedestrian connection will provide an all-season elevated link from Hotel X and the Beanfield Centre located within the Canadian National Exhibition Ground at the second level of each building," reads the site control application.

"The bridge will be expected to take heavy pedestrian traffic loads between the conference center and hotel during events." 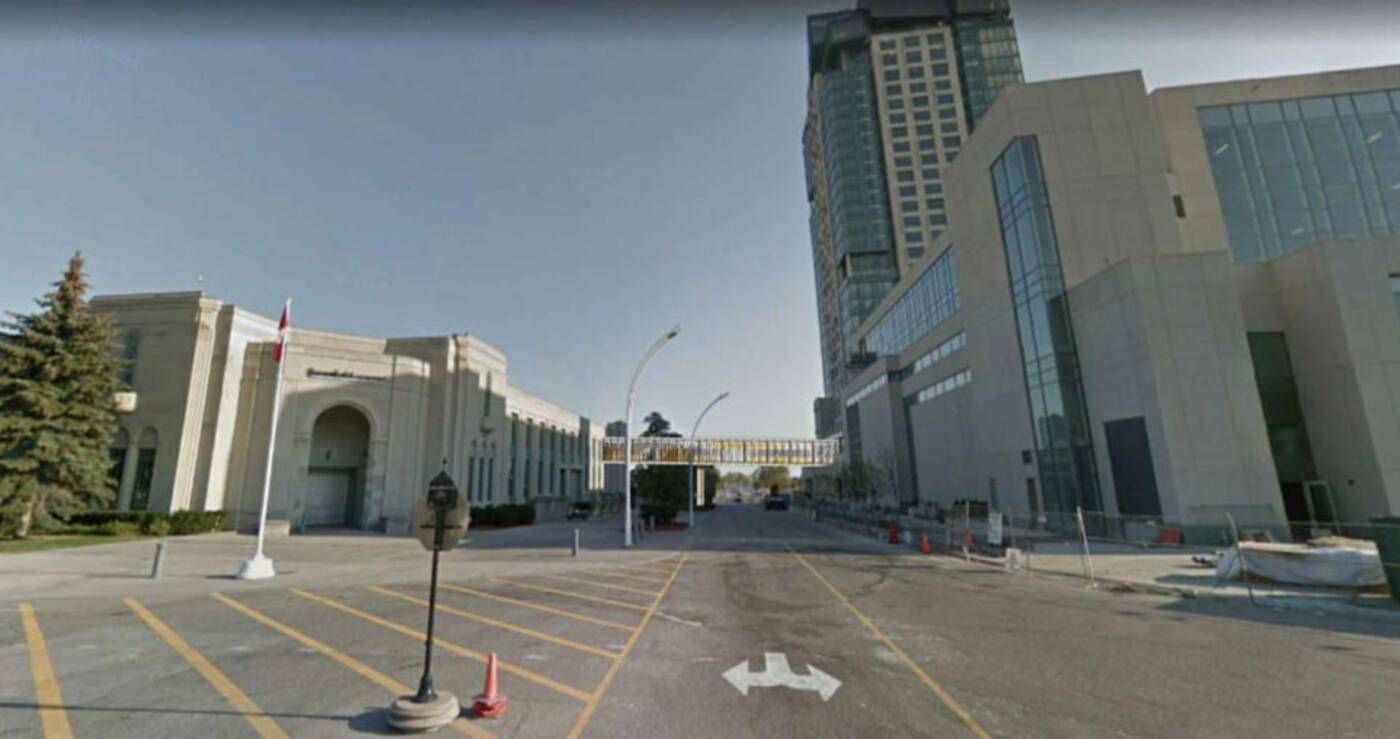 An architectural mockup shows where the bridge would connect at both buildings within Exhibition Place. Image via NORR/City of Toronto.

Running on a slight angle across Newfoundland Road, the bridge will feature laminated, insulated glass panels covered in a bird-friendy pattern with tri-colour film to prevent overheating.

The structure's exposed architectural steel frame will be complimented by a concrete pillar in the middle of the road as well as a "vegetation buffer zone. The floors, if approved as designed now, would be carpeted.

It's no Eaton Centre helix, but the walkway will certainly add some visual interest to an otherwise unremarkable street.