Toronto's most high-profile sky bridge is finally ready for some actual pedestrians.

Cadillac Fairview just announced that its hotly-anticipated new walkway will officially open on Thursday, November 2 at approximately 10:15 a.m. – just over a week from now. 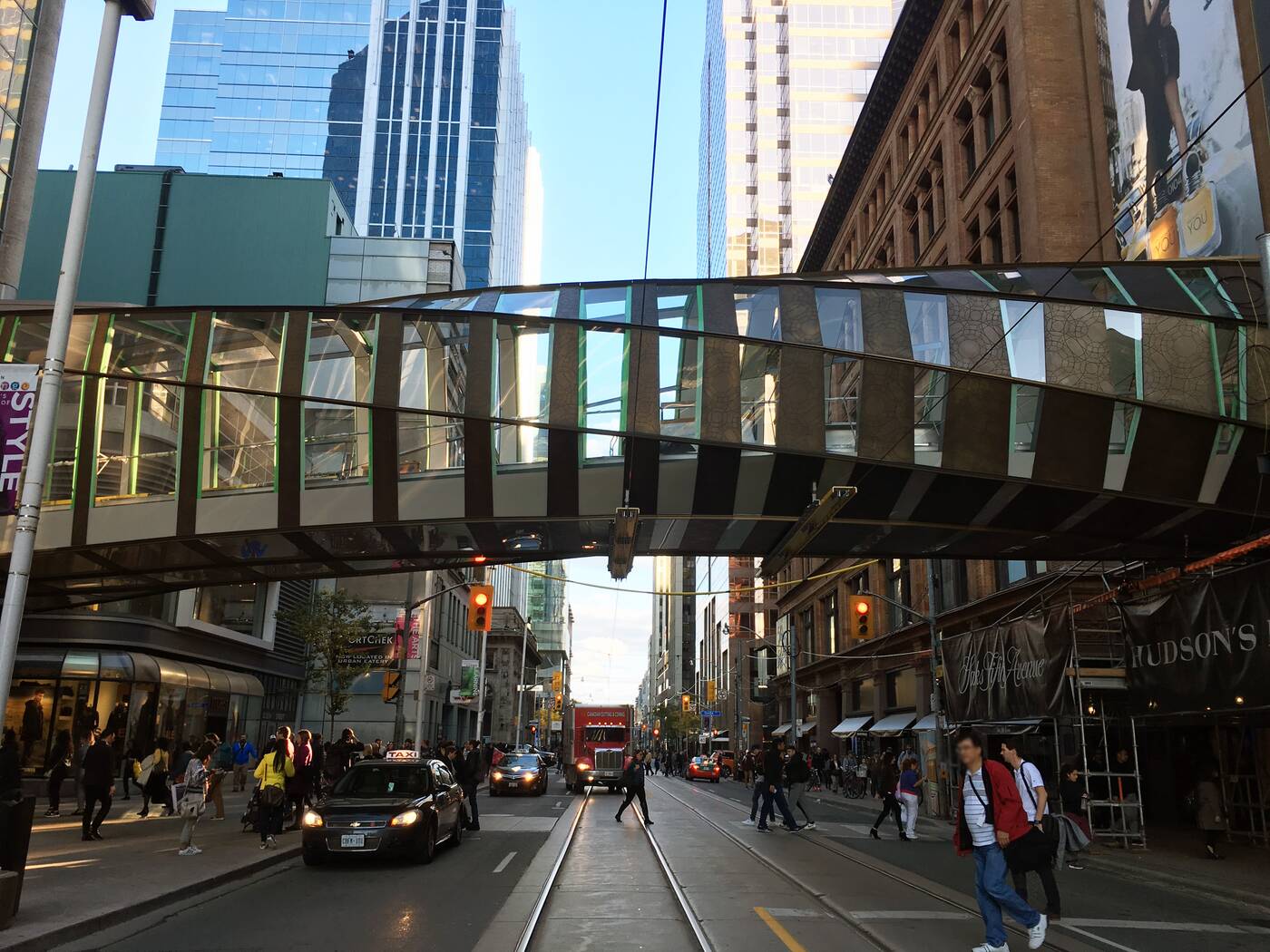 Designed by the London-based architectural firm WilkinsonEyre (with help from Zeidler), the new bronze and glass sky bridge was built earlier this year in the middle of James Street next to Old City Hall.

In July, the bridge was transported to its permanent location between the historic Hudson's Bay building and Toronto's Eaton Centre. 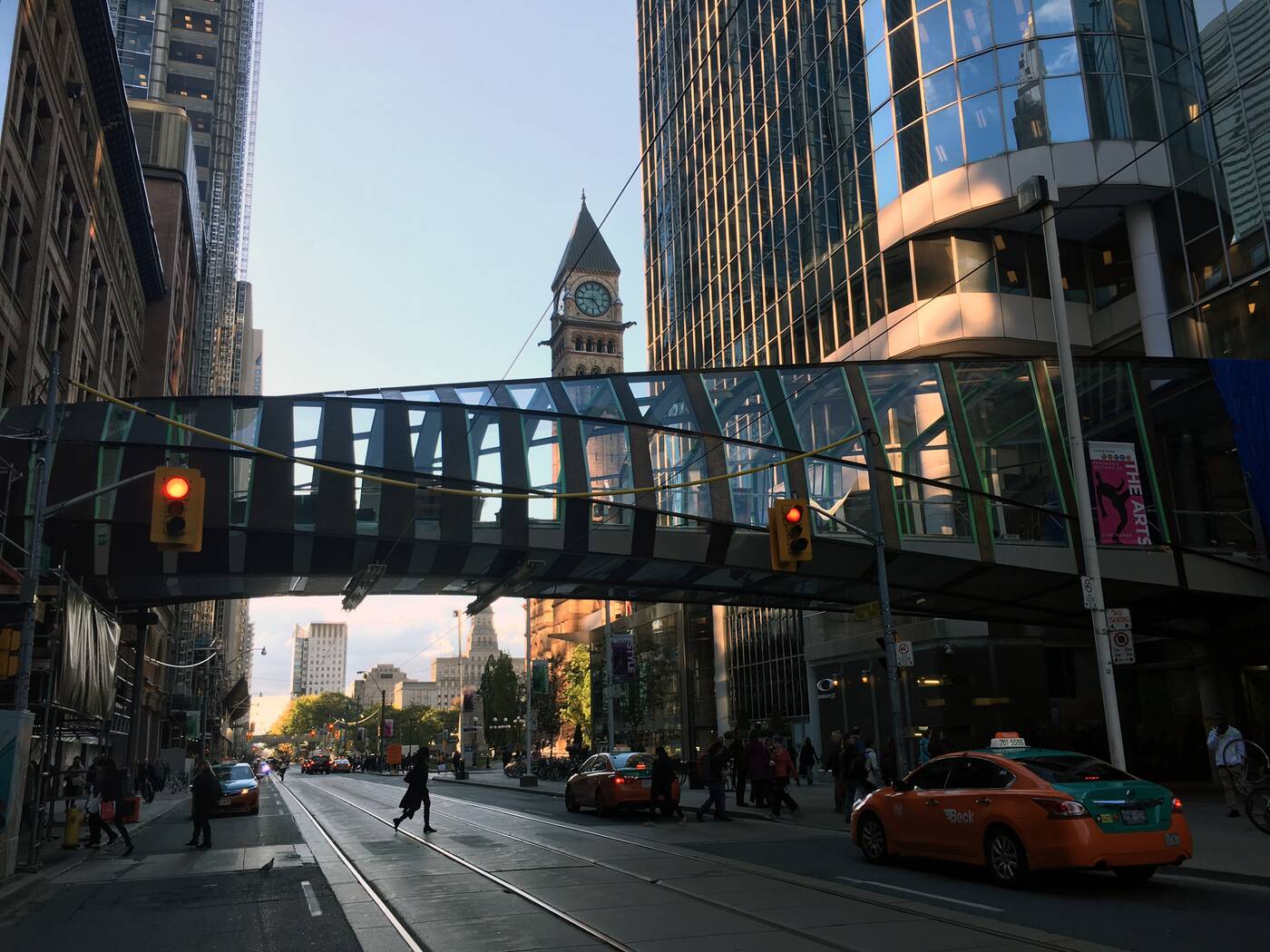 "This meeting and blending of the two building's form and materials becomes a beautiful and metaphorical 'handshake' extending out over Queen Street," said bridge designer Dominic Bettison when the project was first announced.

Will it look as cool inside as it does outside? We're all about to find out!

New life is returning to a reborn stretch of Toronto's waterfront