Rent in Toronto isn't cheap—in fact, it's the most expensive in the country.

The average price to rent a one-bedroom in the city is a whopping $2,260, according to a Padmapper rent analysis.

So imagine finding a two-bedroom (which will typically set you back around $2,850) for just $900 a month. 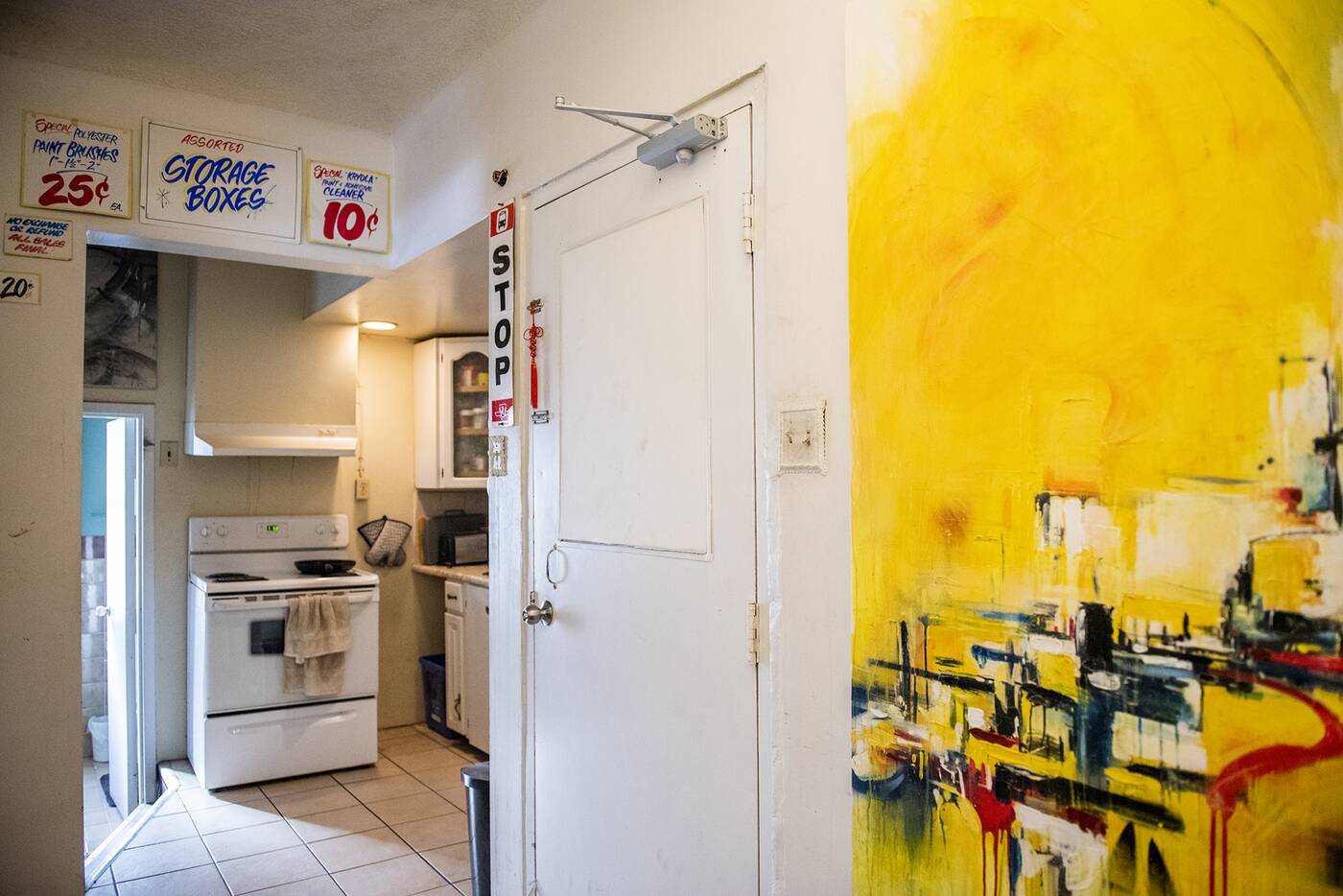 This two-bedroom costs just $902 per month.

Yes, this rare rental unicorn does exist: it's the ultimate artists' pad, siting on the main floor of an old Victorian home just a few minutes' walk away from Dupont station. 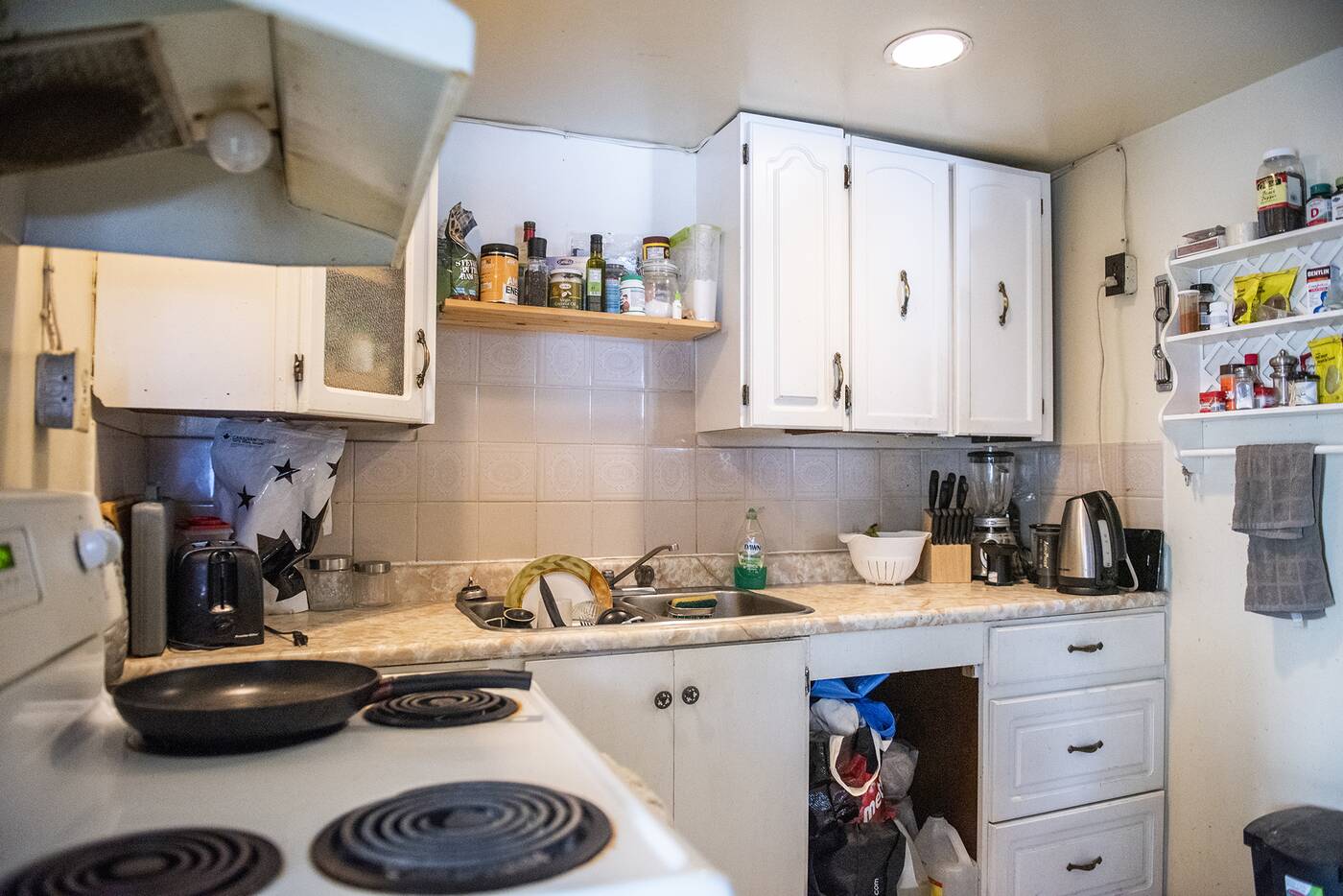 Artist Jordan McKie has been living in the building since 2011, and along with his roommate and fellow artist Chris Perez, they've been splitting the cost of $904 a month. 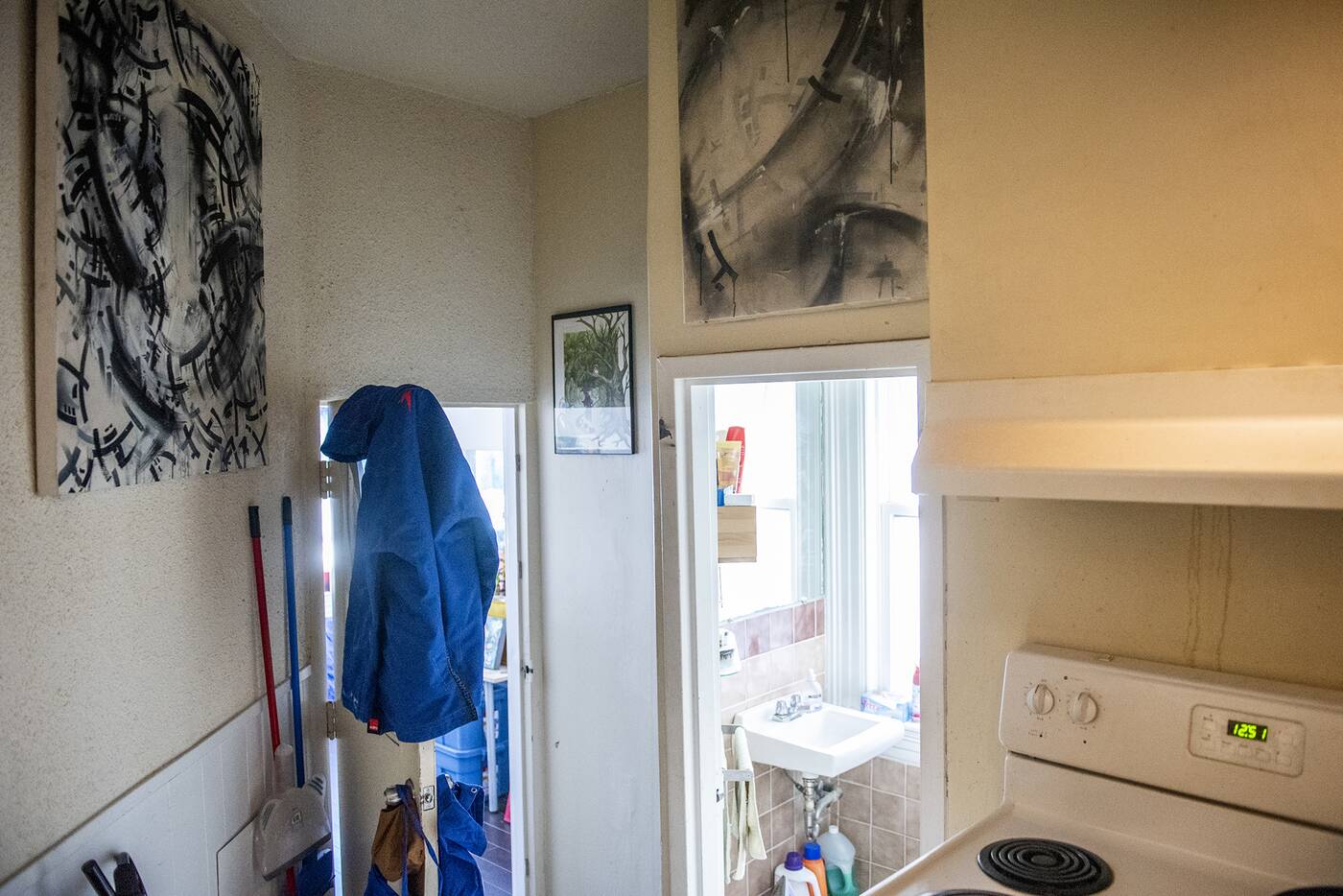 The kitchen and entrance sit on a small mezzanine in the apartment.

Neither McKie and Perez want the specific address of their rental to be shared, but take my word for it: for a house built in 1918, the two-bedroom is in amazing condition. 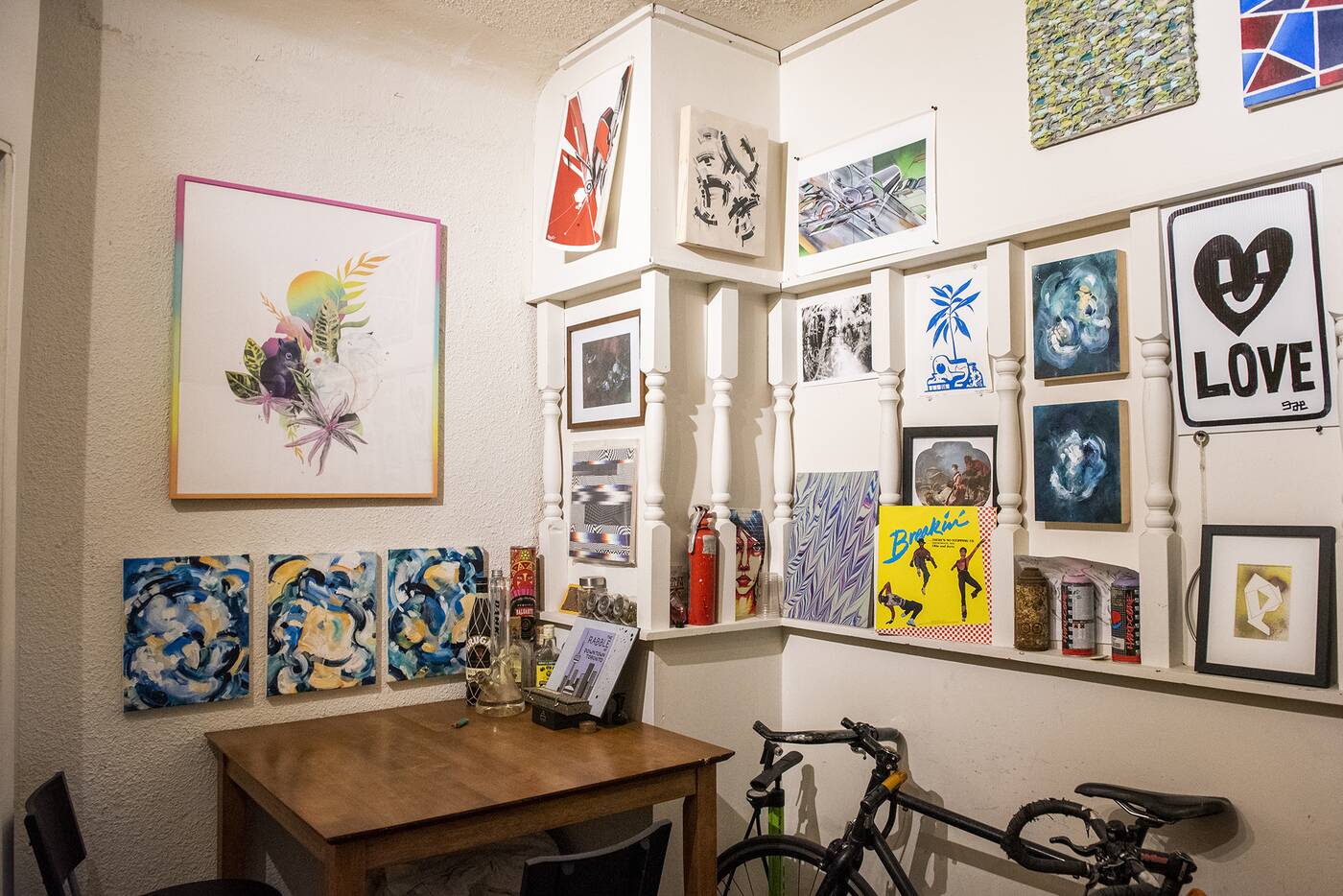 There's room for a small dining table and space to store bikes.

The space runs a bit over 550 square feet but it feels more spacious than that. The floors and windows have been redone, the ceilings hover at 10 feet tall, and the place gets tons of natural light. Plus the building has onsite laundry. 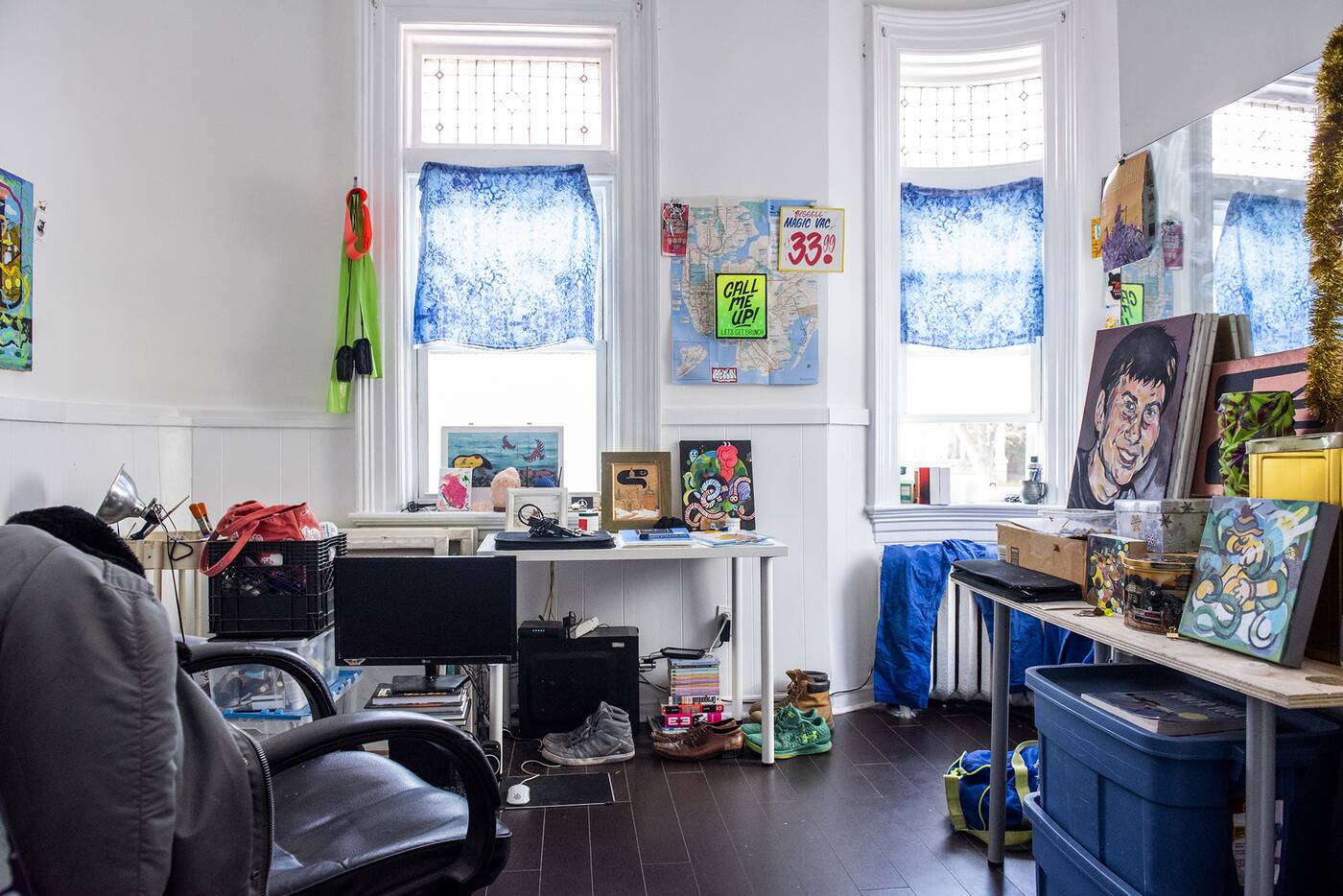 The smaller bedroom is just under 200 square feet.

Originally, McKie was paying $730 while living in an one-bedroom unit upstairs (according to recent listings, a one-bedroom in the building now costs at least $1,900, including hydro, water, and heat). 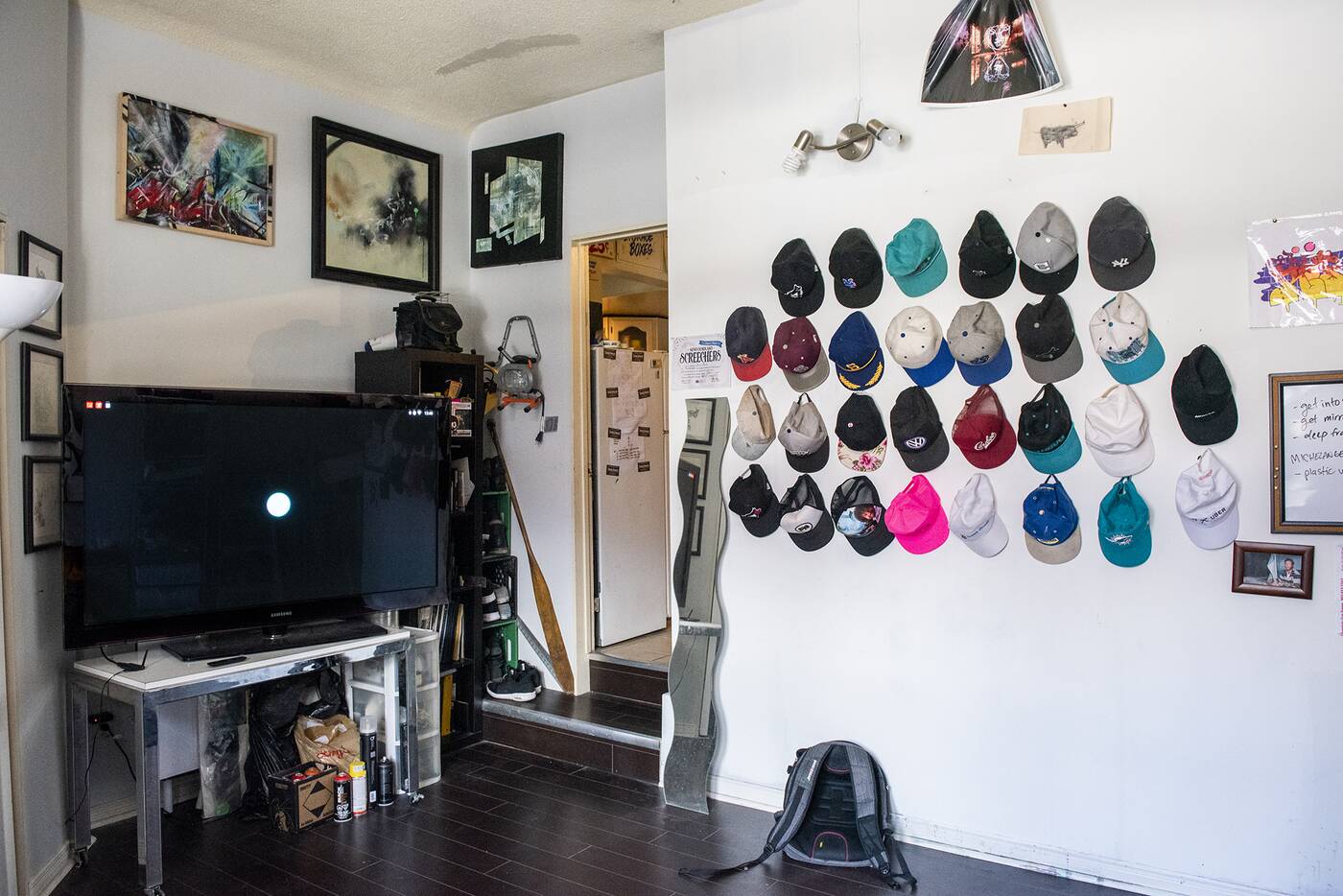 The larger bedroom rests at around 200 square-feet.

But after a major ice storm ruined the unit, McKie was granted the two-bedroom downstairs as compensation, where rent has only got up minimally since over the past several years.

"The amount of money I've saved, I've been able to travel," he says. Same goes for Perez, who says he was able to travel every month in 2017 due to his savings. 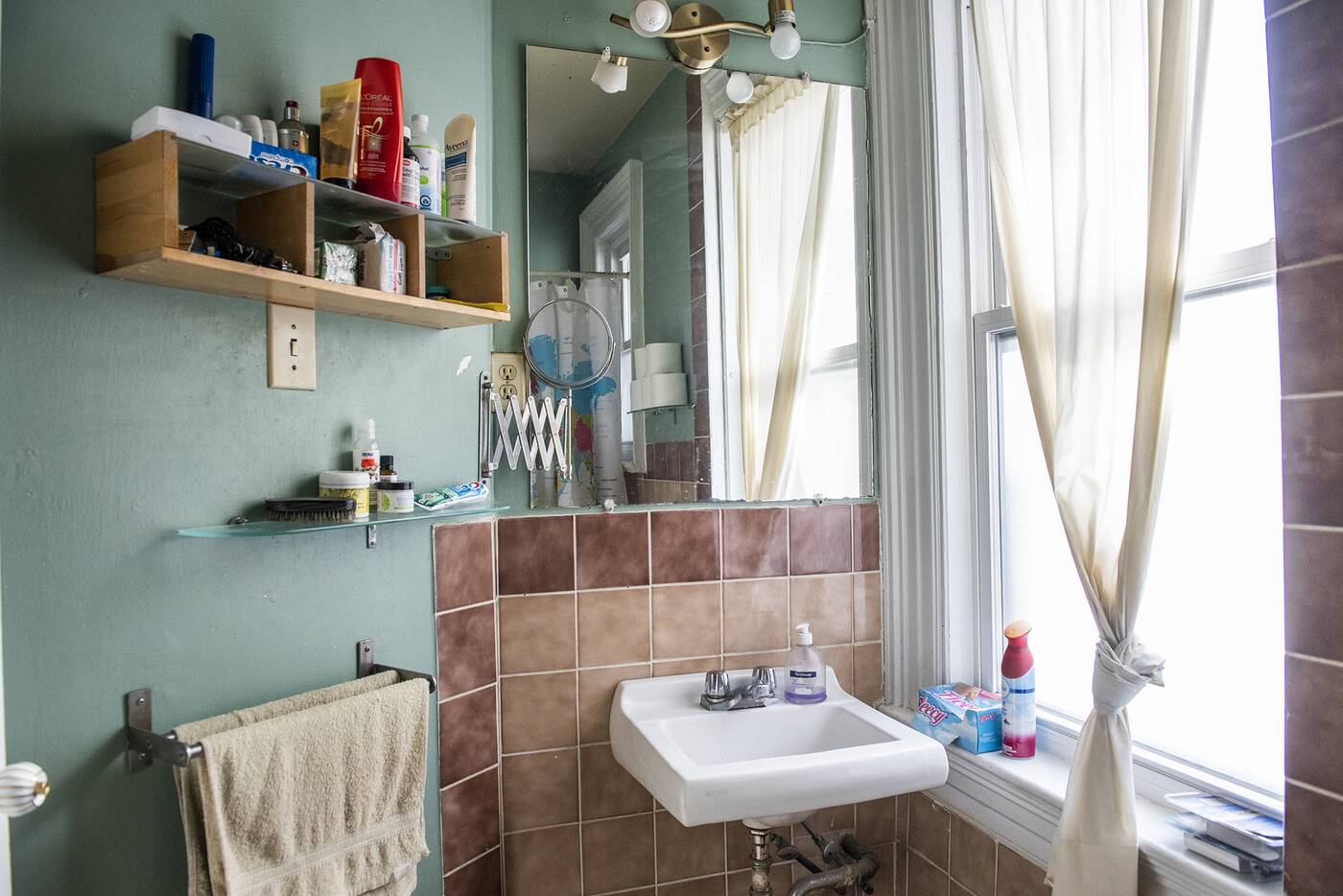 The washroom still features classic tiling but the moulding has recently been redone.

Unfortunately, the shockingly cheap rent won't last for long: McKie and Perez are currently in negotiations with the landlord to leave the two-bedroom by March, for a hefty amount of money.

According to listings.ca, the entire detached house is worth around $6.7 million, and while it's not for sale, there's no doubt the landlord can squeeze a bit more money out of future renters. 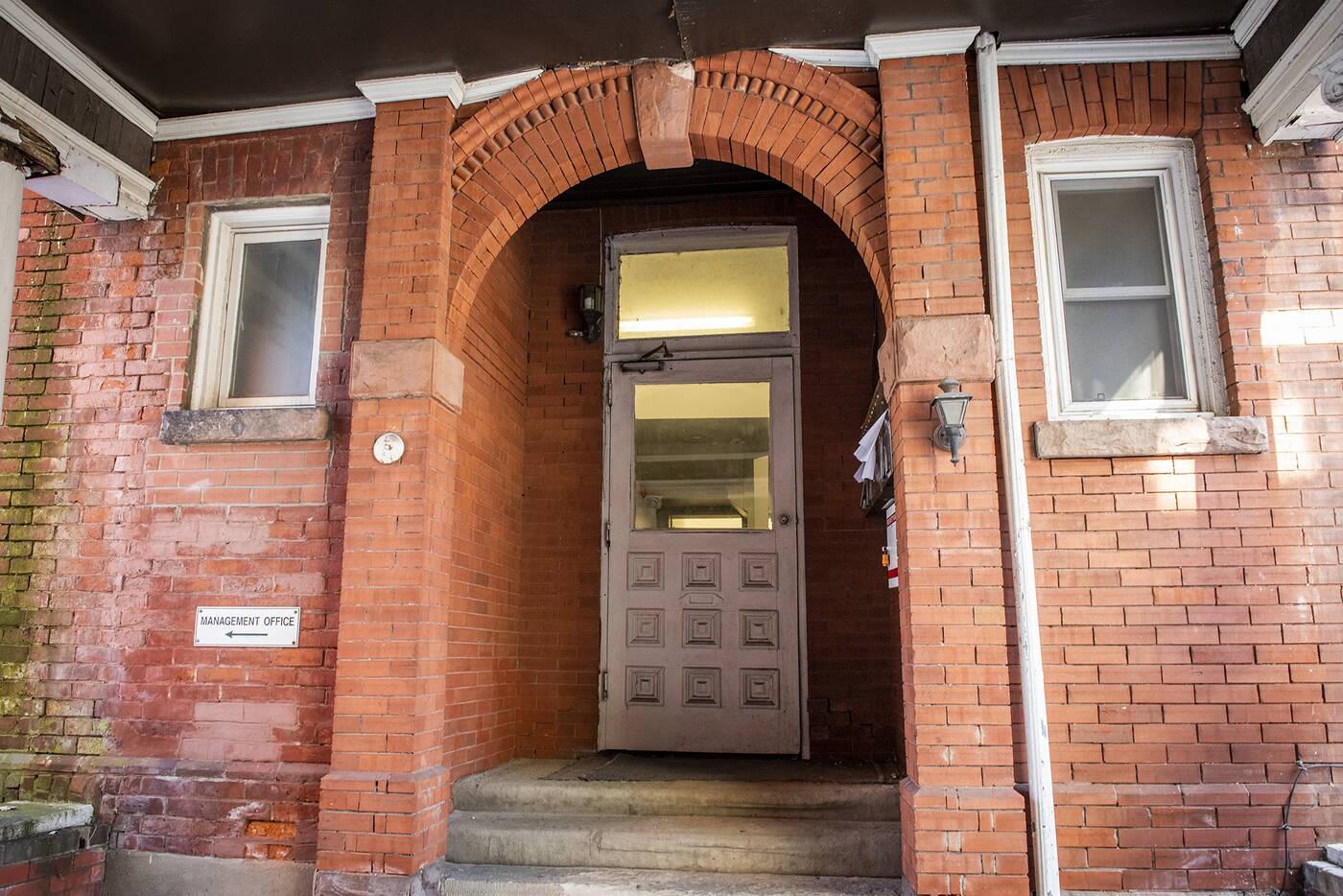