One of Toronto's most iconic shopping centre parking lots could soon go the way of... well, pretty much anything that's mostly old meat and pigeons in a city this size, eventually.

Toronto City Councillor Ana Bailao announced the news to her constituents in a recent newsletter, writing that Primaris wants to both "enhance the existing mall" and replace portions of its parking lot with purpose-built rental housing.

The main area of interest is the mall's northern surface parking lot, where there currently stands a Beer Store, a Penningtons and a Taco Bell/Pizza Hut hybrid. 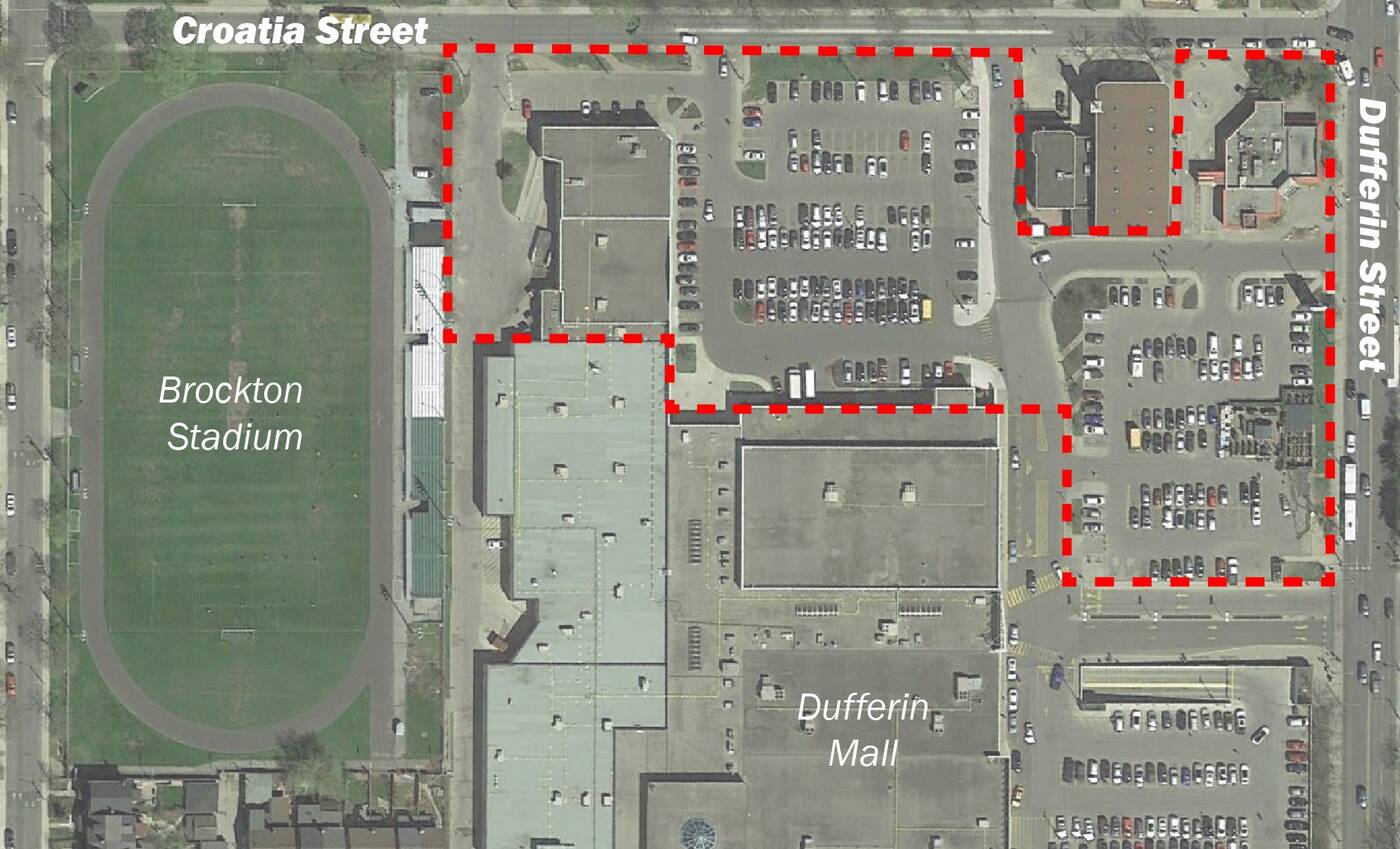 This preliminary site map shows the areas in which developers would like to build housing, park space and potentially mall expansions. Image via Urban Toronto forums.

An official development application has yet to be submitted, so details are thus far pretty sparse, but Bailao did mention in her letter that Primaris intends to "create a better pedestrian experience" along the mall's perimeter with new retail and streetscaping features.

Given the state of the Dufferin Mall, that wouldn't necessarily be a bad thing—not in terms of community beautification and addressing Toronto's housing shortage, anyway.

That said, people are quite passionate about the Duff and its infinite gritty charms: Its whimsical garbage trees. Its colourful characters. Its event-filled public washrooms. That No Frills...

With condos and apartments taking over the parking lot, where would that white stretch limo go? What would happen to our famous annual mountain of filthy, unmelting snow? Mount Duff?

Primaris is currently working with the architecture firm Quadrangle and planning consultancy Urban Strategies to prepare a development application, according to BuzzBuzzHome.

The application is expected to hit the city's website sometime next year, but developers must first conduct some community consultations.

Primaris is planning a series of open houses to get feedback on the ideas and learn more about what the neighbourhood wants. The first event is scheduled to take place on Monday, January 21, from 6:30 p.m. until 8:30 p.m. at the nearby Bloor Collegiate Institute.

Because the site is already zoned as both commercial and residential, there won't be many barriers in place when it comes to getting permission from the city.

Getting the blessing of Dufferin Mall enthusiasts, on the other hand, could be tough.