Toronto is getting a huge new college campus downtown

The Sudbury-based francophone college announced the news on Monday with a press conference alongside Ontario MPP Caroline Mulroney, as well as representatives from project partners Cityscape Real Estate, Dream Unlimited and The Distillery District.

Collège Boréal is the youngest of Ontario's 24 official Colleges of Applied Arts and Technology. It currently boasts 42 "access centres" across 28 cities in the province, including one at Yonge and Queens Quay East in Toronto.

The lease on that property will expire in 2020, at which point College Boreal Toronto will move into its new, 9,300-square-metre Distillery District campus for a period of at least 20 years.

The CBC/Radio Canada reports that this will double the institution's local footprint. 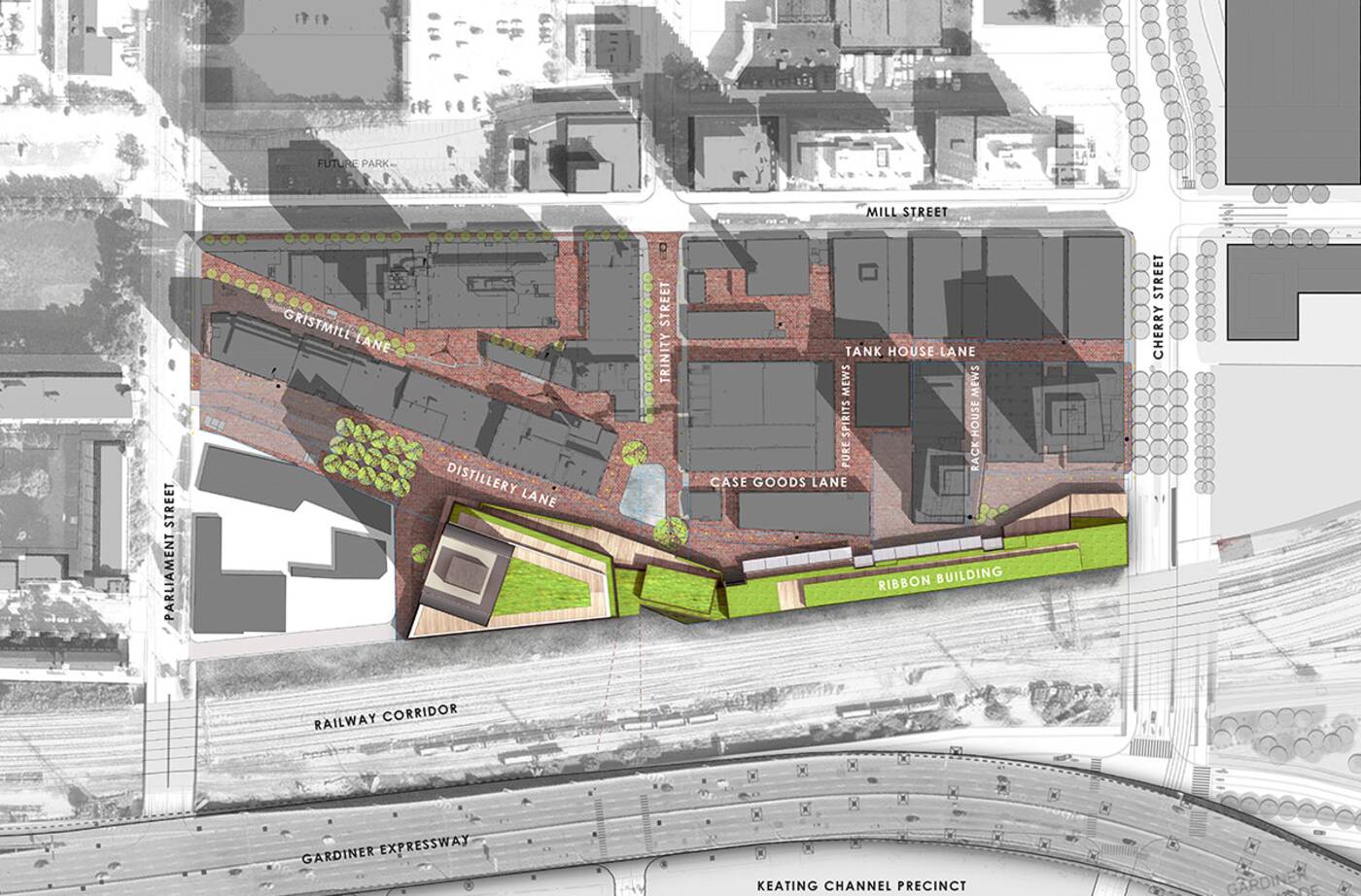 The soon-to-be-built College Boreal campus is referred to in architectural renderings as 'The Ribbon Building.' Image via Claude Cormier.

Construction is slated to begin this summer on a building in the southeast quadrant of the Distillery District, near Cherry Street, with an occupancy date expected sometime before the end of 2020.

Renderings for the project by Quebec-based architecture firm Claude Cormier refer to the new space as "The Ribbon Building," and they're impressive — but it won't come cheap.

The project is expected to cost $21.7 million in total, with Ontario picking up about three quarters of the bill.