Nearly every building at the southwest corner of Yonge and Bloor has been demolished to make way for what will eventually become Canada's tallest condo—all, except one.

Amidst the mass excavation being done for The One—the extravagant 86-storey luxury condo by Mizrahi Developments—a single tower still remains.

The three-storey brick heritage building which once housed Hue's Kitchen at 774-776 Yonge St. is the lone structure still towering above the site, supported by a platform and steel I-beams. 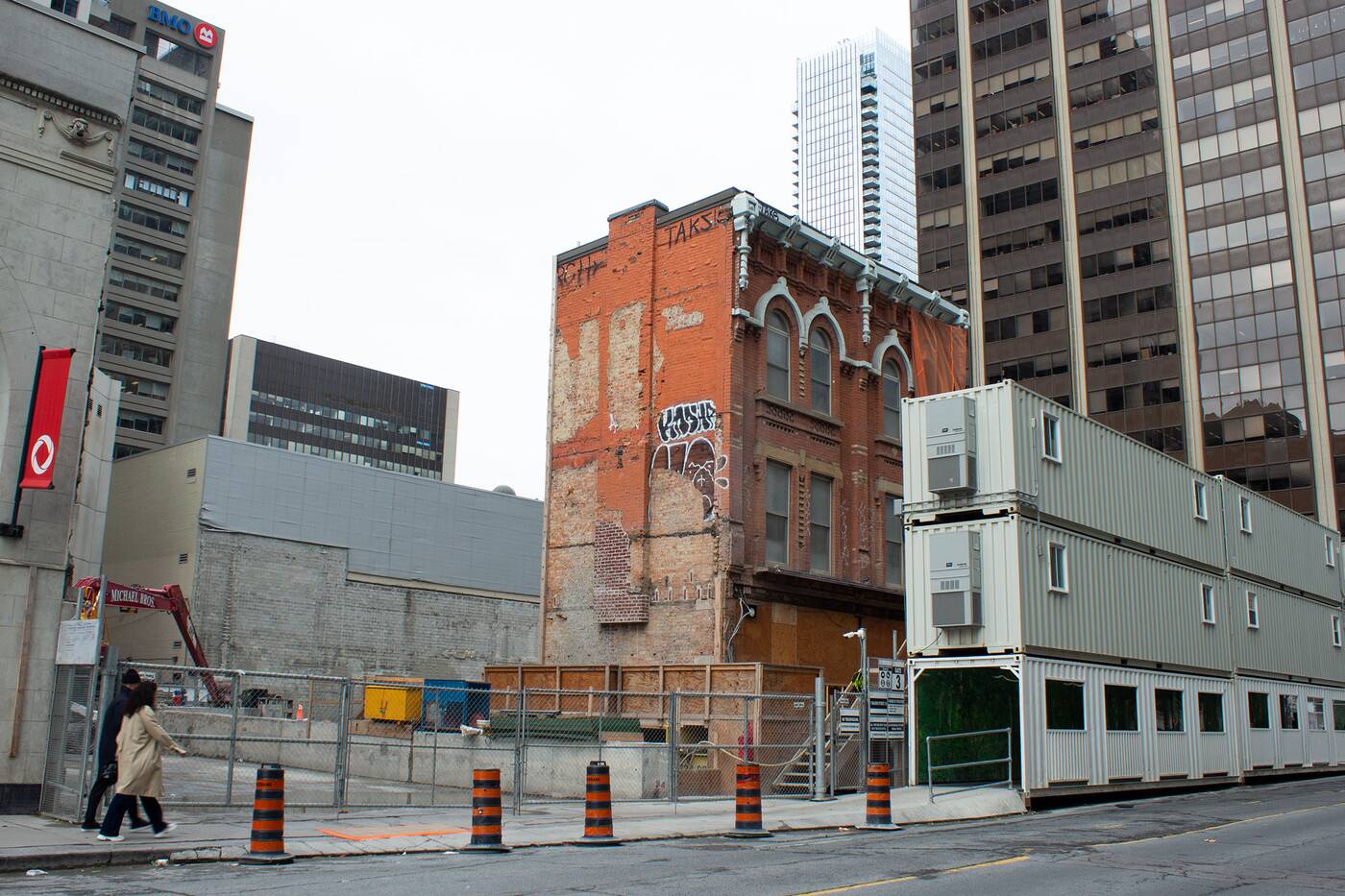 The three-storey historic brick building is the only thing that remains on The One condo site.

Though its arched-windows are now largely hidden from view by stacked construction containers which line the west side of Yonge, there are plans to eventually incorporate its facade into the base of the giant new tower.

According to Core Architects, who co-designed the project with Foster + Partners, "The base of the new building will wrap around the heritage building in a manner that will accentuate its details."

The One's incorporation of the old brick structure, which is over a century old, might suffice for some architecture fans, but likely won't placate heritage conservationists who are still fuming about Mizrahi's hasty demolition of the iconic Stollerys building.

The development company has been heavily criticized for tearing down the old menswear store before city staff could designate it as a heritage building. 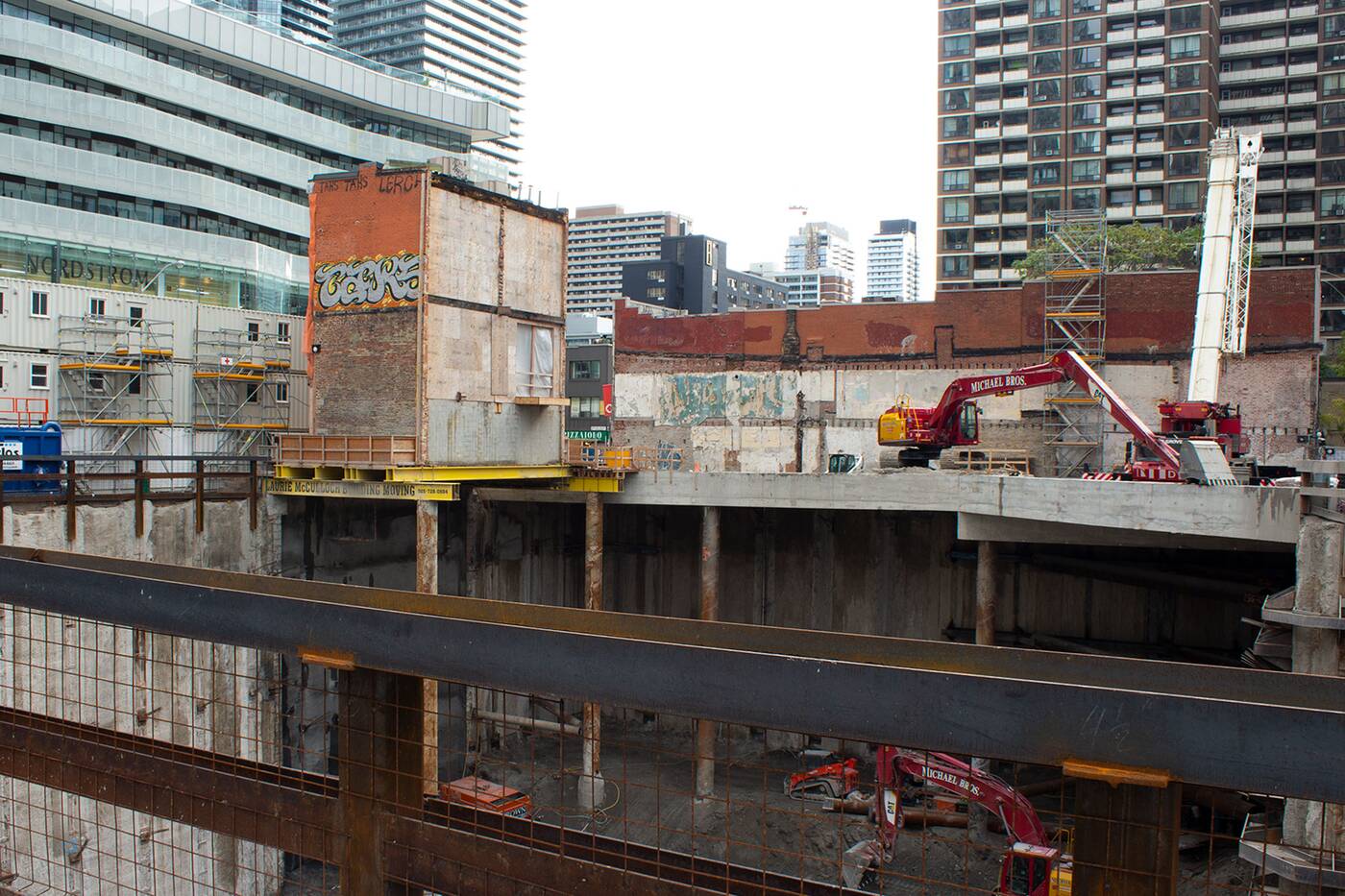 The old heritage building is propped up by I-beams and will eventually be incorporated into the new tower.

Core Architects described the tearing down of Stollerys as a "difficult decision", but stated the demolition allowed designers to expand the sidewalk to 9 metres from its original 3.5-metre width.

If it makes anyone feel better, the architecture firm did save and catalogue some of Stollerys' old decorative stone panels, and there are plans to eventually incorporate them into the building

Construction crews have been removing soil and adding column supports for The One's four-level underground garage since October last year.

If all goes according to plan, above-ground work might start in the first half of next year.