It's not news that Toronto's housing market is getting a bit... out of hand — but a new report shows that it's one of the worst on the planet.

A new study from the UBS Global Real Estate Bubble Index has found that, of its surveyed cities, Toronto is third in the world for risk of a bubble.

A real estate bubble forms when the prices of homes are inflating past the inflation of income—something many in Toronto are probably familiar with. 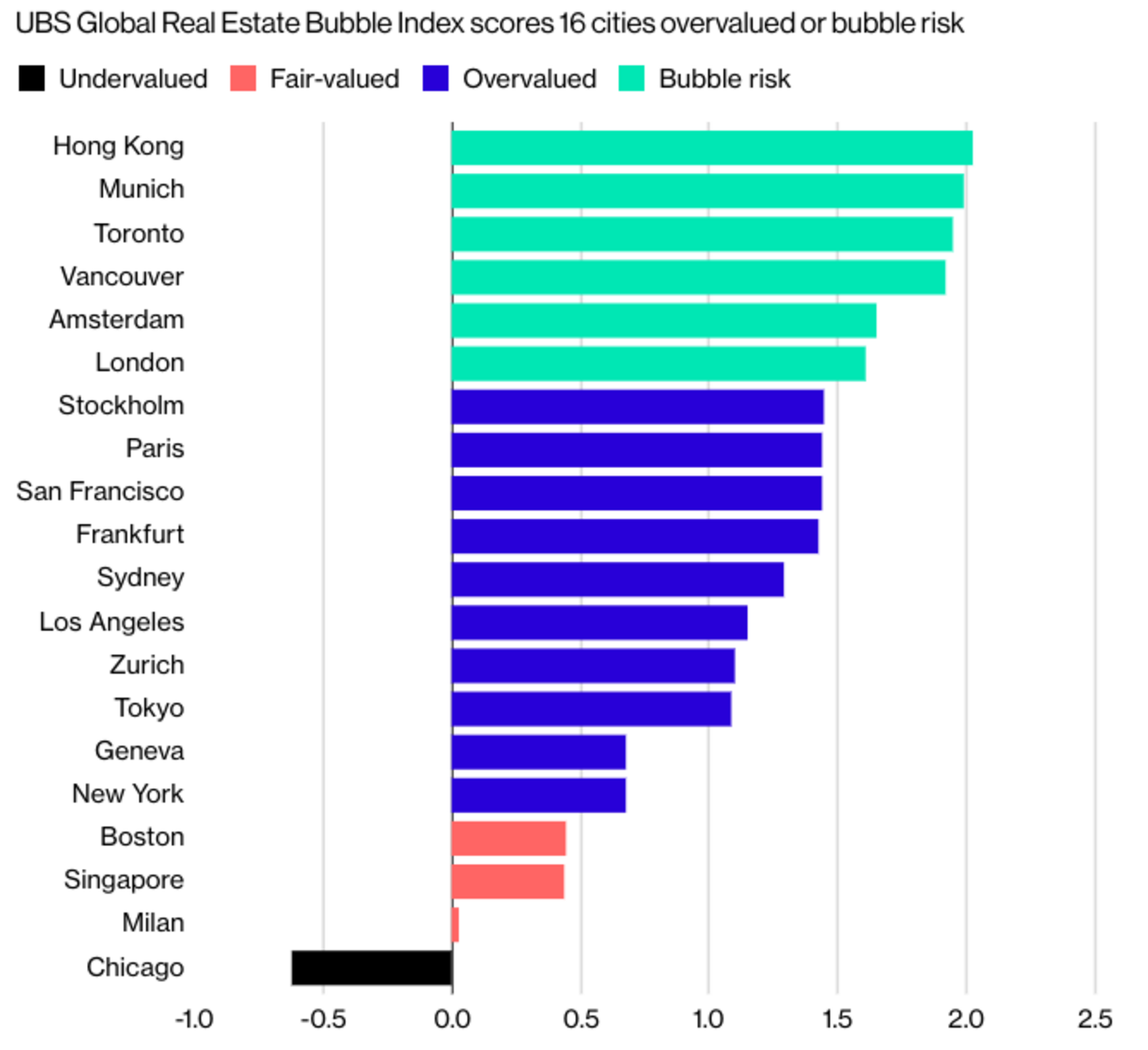 Toronto only trails Hong Kong and Munich in cities most cited for bubble risk. Image from UBS Group.

The report found that housing prices in most major world cities have increased by an average of 35 per cent over five years, but incomes are not increasing at nearly the same rate.

Toronto ranked behind only Hong Kong and Munich, Germany, which ranked first and second, respectively.

According to the report, prices have stabilized in Toronto over the past year or so. Rent control, taxes on foreign purchases, and more government control may be to credit.

Higher mortgage costs and tighter lending control can also limit the bubble for the time being.