If you happen to run into a massive group of intoxicated Santas running around in Toronto next week, don't be alarmed, you're not seeing double.

The annual Santarchy event is officially back for another year of festive and drunk shenanigans, featuring everyone's favourite jolly man, Santa.

The mayhem begins at the upstairs level of the Imperial Pub, with stops along Dundas Square, the Eaton Centre, Nathan Phillips Square. The event page says the massive group of imposter Santas might even "get refused entry to the Rex before the real drinking begins." 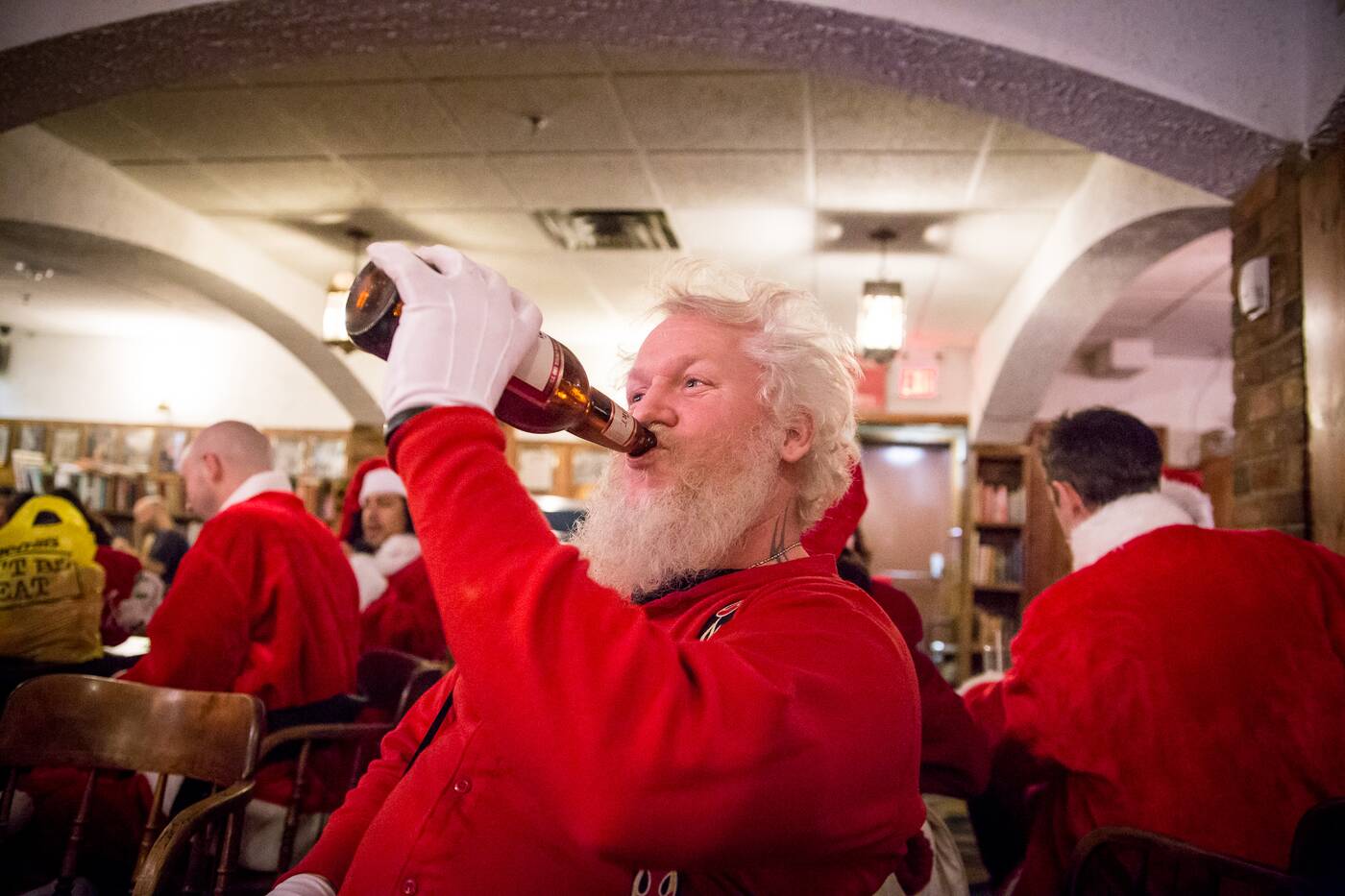 People are encouraged to bring their own Santa suit (with a special request to keep it unwashed from last year), Santa juice (wink wink nudge nudge), carols, and Santa hats to recruit more drunk Santas. 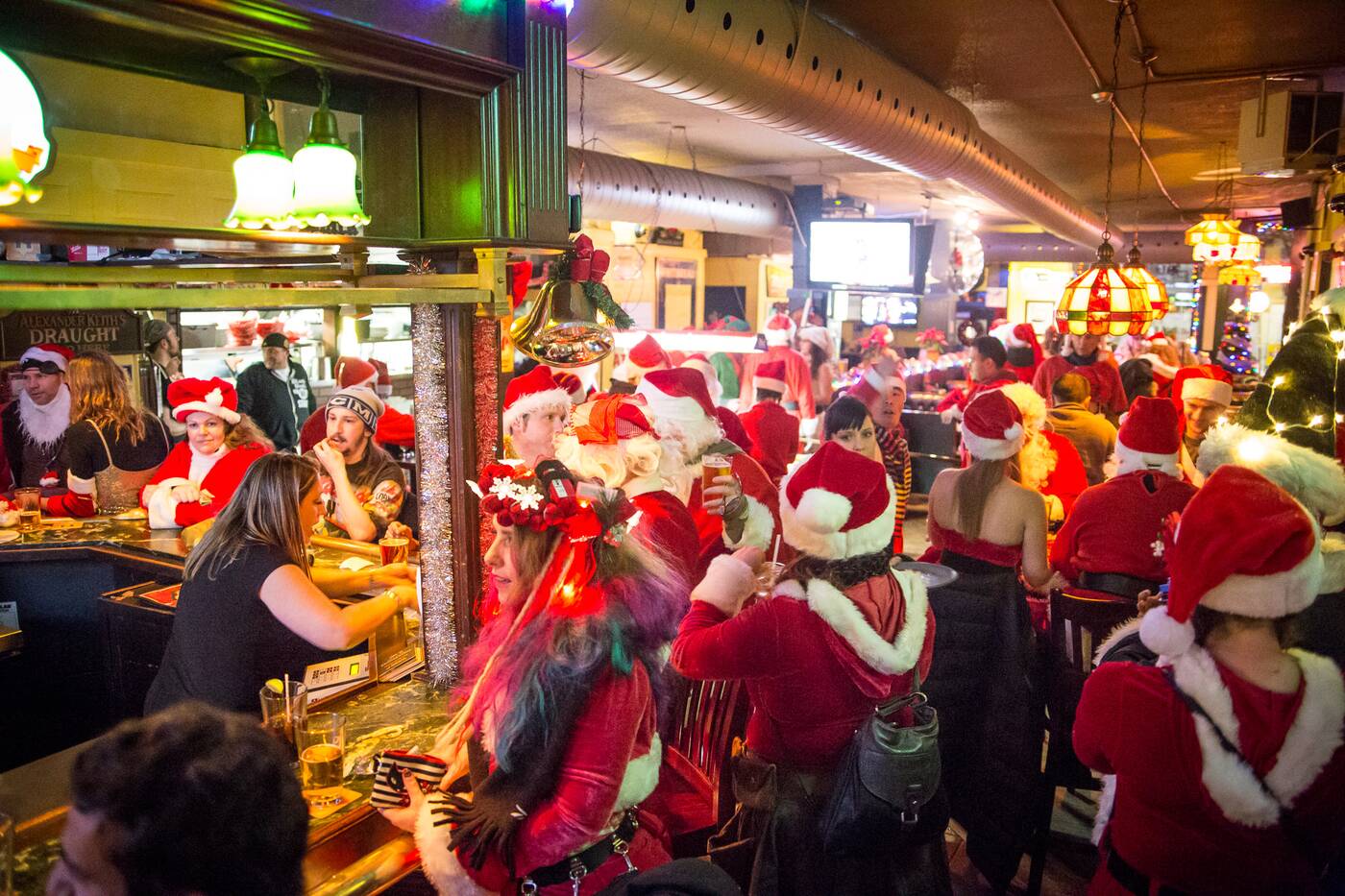 The rules for the event are quite simple and straight forward: don't mess with cops, kids, or bar staff, dress warm and "bring condoms for adults so that they don't have more kids." 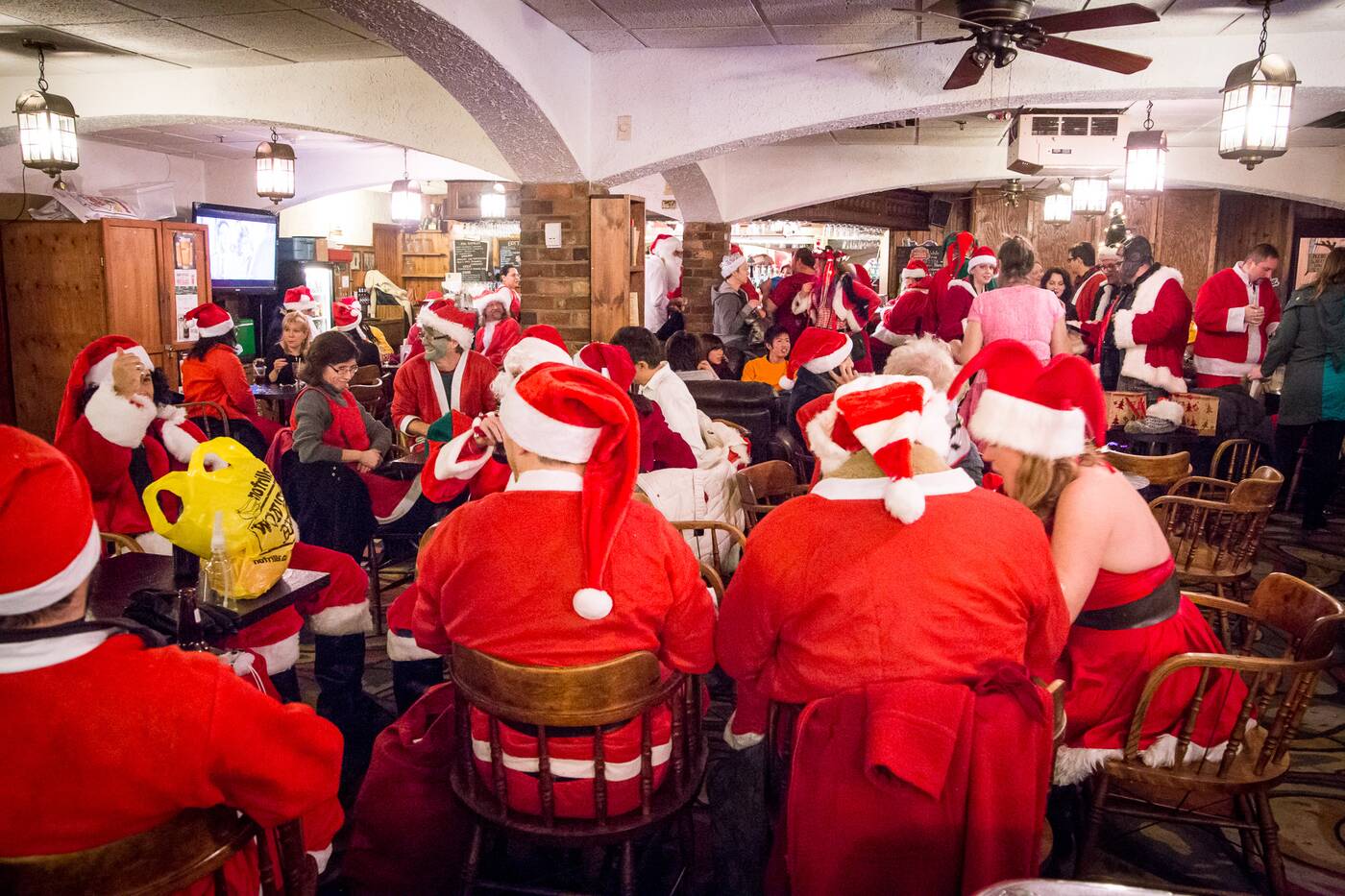 If you want to join in on all the intoxicated and festive shenanigans, grab your most impressive Santa costume and head on over to the Imperial Pub on Dec. 17 at 7:30 p.m.