Weekend events in Toronto is our guide to events happening this Friday, Saturday and Sunday. Here's what's happening in Toronto this December 13-15, 2013.

Long Winter
The all ages, pay what you can carnival of sights, sounds and sweat will return to The Great Hall tonight (as it will every month this winter/early spring). The line up for the spooky (or festive?) Friday the 13th show includes Doldrums, Hooded Fang, I am Robot and Proud, Beliefs, Fresh Snow, Nick Ferrio & His Feelings, Demolition, Milk Lines, Omhouse, and LLVK (Sook-Yin Lee, Adam Litovitz and Brandon Valdivia). Friday, December 13, 7pm, The Great Hall (1087 Queen St W), PWYC.

Santarchy
This annual Santa-Claus-Parade-for-adults / holiday pub crawl kicks off tomorrow at 7pm. Necessary attire is, of course, a Santa costume - and if you half ass it, you're going to wish you didn't, though if you show up without a costume they will be handing out Santa hats with a wild sort of one-of-us mentality. The parade leaves the Imperial Pub at 7:30pm, but you'll want to be there early to practice your ho-ho-ho's over a beer. Then they'll hit Dundas Square, the Eaton Centre, Nathan Philips Square, and the Rex, throwing candy and condoms all the way. Then more drinking. Imperial Pub (54 Dundas St E), Saturday, December 14, 7pm.

Santa Speedo Run
Yes, this is real. Yes, you can flex your (frozen) stuff in a Santa hat. Life truly is a wonderful thing. This annual run raises funds for the Toronto Hospital for Sick Children Toys and Games fund. While they're handing out speedos on a first come, first serve basis, remember arrive early, bring your pledges, and wear a Santa hat, beards/antlers/reindeer nose - and running shoes. The run is about 3KM. This is the most fun you can have this weekend while suffering through the snowstorm unless you're into the rough stuff - plus it's for a good cause! The run kicks off at Hemingway's (142 Cumberland), Saturday, December 14, 1:30pm.

Spirited Away: The Films of Studio Ghibli
Hayao Miyazaki and Japanese animation company Studio Ghibli is famous for making emotionally complex animated features like notable titles Spirited Away, My Neighbour Totoro, and the heart breaking Grave of the Fireflies, set in Japan during World War II. The latter is considered one of the greatest animated films of all time and is rarely screened, so it's worth a trip to TIFF for this one especially - but bring Kleenex and someone you like holding hands with. A ton of other films are screening too - check the full listing out on TIFF's website. TIFF Bell Lightbox (350 King St W), Friday December 13 - January 3, 2014, various showtimes and prices.

Antisocial
You can celebrate Friday the 13th with the Toronto premier of Ontario director Cody Calahan's film Antisocial is this weekend at the Carlton Cinema. Antisocial "begins on New Year's Eve in the not so distant future. Five university friends gather at a house party to ring in the New Year. Unbeknownst to them, an epidemic has erupted outside, causing outbreaks around the world." The indie film is riding on a sold out world premiere at Fantasia, a tour of several major international festivals, and much critical acclaim. Friday December 13, Carlton Cinema (20 Carlton Street), various showtimes.

12 Beers of Christmas
The Gladstone Hotel knows what you want. Ugly sweaters? Check. Beer? Um, check times a dozen. Tonight is 12 Beers of Christmas, and $5 gets you in the door for the festive beer tasting and, yes, ugly sweater party. If anyone spots this Rob Ford sweater, let me know. Warning - there will be holiday music. But hey, you'll be drunk. The Gladstone Hotel (1214 Queen West), Friday, December 13th, 7pm, $5.

Piazza
Attention lovers of free grub (so, everyone?) - on Sunday Porzia on Queen West will celebrate their first Piazza event, just in time for your brunch cravings. This one will be worth going out into the snow for - snacks are free from 12pm - 4pm. Door entry is also free, and they've promise cheap drinks, too. Porzia (1314 Queen Street West), Sunday, December 15th, 12pm-4pm, free.

Viletones
Toronto punk band The Viletones play their last live show at The Phoenix tonight. From our best Toronto punk bands of all time post: "The Toronto scene from '76-'78 had a lot of great bands, but none ruled the punk rock roost on top of more newspaper column inches than Steve "Nazi Dog" Leckie and his Viletones. The talked like punk, they looked like punk, and thanks to songs like "Possibilities," "Rebel" and "Screaming Fist," they sounded like punk. No history of Toronto punk rock would be complete without them, but there was a lot more happening in our punk scene in those days than ripped t-shirts and a theatrically bad attitude could contain." This a stacked show - check it out on Facebook. December 13, The Phoenix (410 Sherbourne Street), 8pm.

Toronto Anarchist Fair
There's a ton of stuff going on this weekend tied to the Toronto Anarchist Fair. Quote: "Toronto Anarchist Fair has been organized by a different collective than the Toronto Anarchist Bookfair (which is rumoured to be reoccurring in Spring/Summer 2014). We feel it is vitally important that anarchist gatherings take place, while also being reimagined and reflecting a vibrant multitude of anarchisms." There will be a bookfair on Sunday at Ryerson, panels, workshops, parties, a "really really free market," and more. Check out the Facebook page for a full listing of events. December 13 - 15, various locations and times, PWYC. 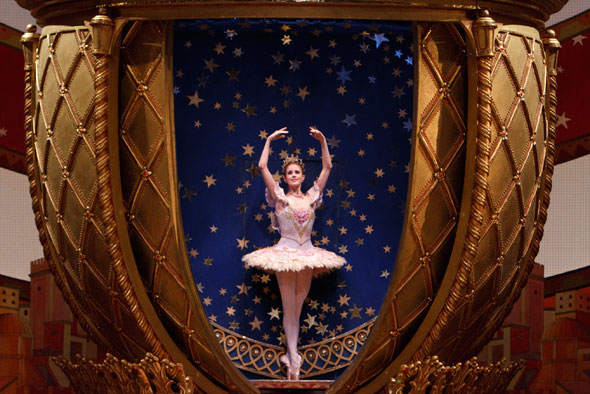 The Nutcracker
Tug those fancy-dress clothes over the heads of your little culture loving rugrats (or yourself) - The Nutcracker opens this weekend in Toronto. After over fifteen years, the National Ballet's production of The Nutcracker hasn't missed a step. The ballet is a wildly imaginative journey through the decadent and playful sights and sounds of the Christmas season. Like a richly detailed picture book come to life, the production is full of magic and humour, which all the while encourages audiences to contemplate the true themes of the holiday. Check out our full review from last year. National Ballet - Four Seasons, Saturday December 14 - January 4 2014, 7pm/2pm, $25-$100+.

Good Cop / Bad Cop
Good Cop (Nitish Sakhuja) and Bad Cop (Josh Infald) sees two of the hardest working up-and-coming stand-ups in Toronto joining forces. Sakhuja has been gaining steam of late, steadily performing on more and more paid shows in and around the city. Infald is one of Toronto's most beloved comics, and has been tearing it up virtually from day one. Your MC, Mike Rita, probably hosts more shows than any comic at the request of his peers. Given that all parties involved are working their asses off to make this a big night, this might be the sleeper show of the month. The Lot (100 Ossington Ave), 7pm, $15.

1st Annual Toronto Etsy Street Team Marketplace
If you've ever wished Etsy was a store you could pop into while doing your gift shopping, you might need to grab a friend and ask them to pinch you. The Toronto Etsy Street Team is throwing their 1st annual Christmas Marketplace at the Church of Saint Stephens-in-the-Fields this Saturday. Enjoy live music, try your hand at a new craft during a free workshop, hang out with good ol' Saint Nick, and participate in a charity raffle, all while perusing one-of-a-kind creations by 16+ local makers. Saturday, December 14, Saint Stephens-in-the-Fields, (103 Bellevue Ave), 11am - 5:30pm.

Junction Flea
It wouldn't be the weekend without a flea market, would it? Every second Sunday of the month, find unique treasures at the Junction Flea - an eclectic market filled to the brim with independent vendors. This time around, you'll get more bang for your buck (read: $2 admission fee) because the event doubles as the launch of a new skating rink at Evergreen Brickworks. Head down to sip hot chocolate or mulled wine, and - of course - get your vintage/handmade anything-and-everything fix! Evergreen Brickworks (550 Bayview Ave), Sunday, December 15, 10am-5pm.

Leslieville Flea
The Leslieville Flea is back this weekend too - far, far away from its Junction competitor, this will likely be where you'll find east-enders doing their vintage and crafty shopping on Sunday. Don't worry about bundling up too much, as the flea has moved indoors! The Jimmy Simpson Rec Center will house the vendors, and hopefully keep them toasty warm. Look for clothing, nicknacks, handmades, edible goodies, and much more. Jimmy Simpson Rec Center (870 Queen St East), Sunday, December 15, 10am-4pm.

Toronto Christmas Market
The Toronto Christmas Market is back for its fourth year, and its expansive set up (sort of) emulates a European Christmas Market in the Distillery District. This will be your last weekend to drop by. Local handcrafted products will be for sale from a variety of vendors. Entertainment will be provided by carollers, a Bavarian brass band, children's choirs and more, plus there will be beer and mulled wine gardens. Damn, mulled wine isn't a thing that happens often enough in Toronto. Distillery Historic District (55 Mill Street), Until Sunday December 15, Mon - Fri noon - 9pm & weekends 10am - 9pm.

City of Craft
City of Craft is a curated juried craft sale is back for its 7th year at The Theatre Centre. High quality wares by established and/or promising local crafters and artisans will be on sale amid installations and workshops, and a gift from this sale is sure to make an impression. Check out the vendor list on their website. The Theatre Centre (1087 & 1095 Queen Street West), December 14 - 15, Saturday 11am - 6pm, Sunday 11am - 5pm, $2 (kids under 12 free).