Weekend events in Toronto is our guide to events happening this Friday, Saturday and Sunday. Here's what's happening in Toronto this November 1-3, 2013.

Royal Winter Fair
The farm is coming to the city this weekend as the 91st annual Royal Agricultural Winter Fair, the world's largest combined indoor agricultural fair and international equestrian competition, gets underway at the Exhibition grounds this weekend. Look for cute baby animals at the petting zoo, butter sculptures, chef competitions, giant vegetables (pumpkins weighing over 1000 pounds), and of course the Horse Show. At the fair you can learn more about where our food comes from and get a chance to commune with animals large and small. The full event schedule is here. November 1 - November 10, Ricoh Coliseum and Direct Energy Centre (Exhibition Place) prices may vary

Redrum: A Shining-Themed Halloween Party
If you've ever wanted to find a group of people with whom to brag about how many times you've seen The Shining, you'll want to be at the Gladstone Hotel tonight. There will be creepy references to Kubrick's horror film throughout two floors of the hotel, costumes are encouraged, dancing will be ghoulish, a Daft Punk Tribute Band will play (why not?) and bourbon will be free flowing. Real fans can pay $199 to stay overnight for the full hotel experience, including a spooky sex game. Nov 1, The Gladstone Hotel (1214 Queen Street West) $25 entry

For a guide to Halloween parties and events (of which there are still a few this weekend), check out our Toronto Halloween Party Guide post. 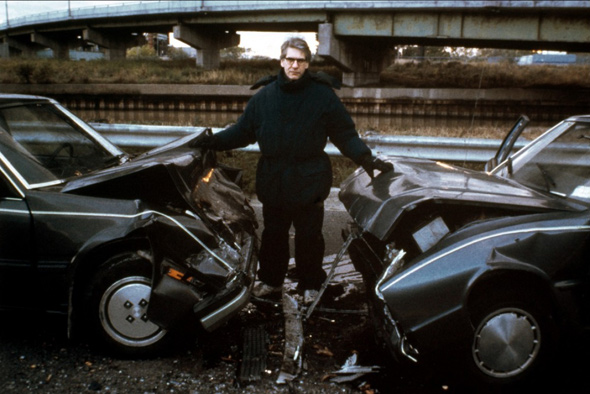 David Cronenberg: Evolution
The HSBC Gallery at TIFF Bell Lightbox is hosting TIFF's first major original exhibition, David Cronenberg: Evolution. A portion of the theatre has morphed into a shrine tracing the artist's development, an "experiential virtual museum," and a retrospective of Cronenberg's films. Costumes, props, art work, and set design drawings and a virtual exhibition of essays, academic writing, behind-the-scenes footage and interviews with Cronenberg's many collaborators are on display as well. Check out our some creepy photos in our slideshow here. Nov 1 - Jan 19, TIFF Bell Lightbox (350 King Street West)

CineCuba Festival of Cuban films
CineCuba Festival of Cuban films kicks off tonight at Royal Cinema. A ton of programming (they post 3 film fests in one) will be fit into just 5 days. Screenings will include including titles Mandela & Fidel, Veinte AÃ±os, Operation Peter Pan, and a Cuban Women in film series. All films are subtitled in English. Nov 1 - 5, Royal Cinema (608 College) prices may vary

International Diaspora Film Festival Films
Toronto film-goers aren't short of festivals often, and this weekend you can also catch the International Diaspora Film Festival for films from around the world examining diversity and culture exchange, plus discussion panels and more. This year their focus is on female directors. The full schedule is here. Nov 1 - 5, Carlton Cinemas (20 Carlton St.) and Innis Town Hall (2 Sussex Ave) prices may vary 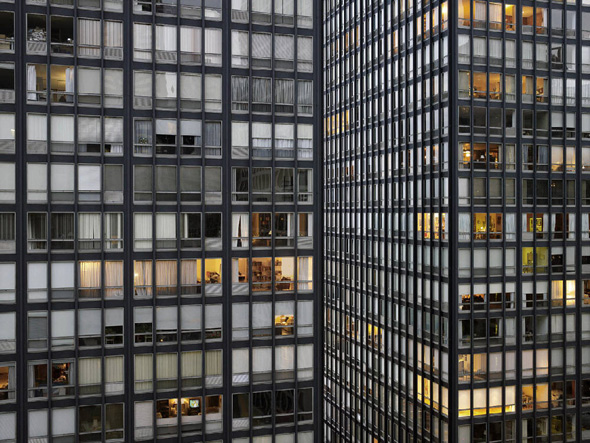 DÃ­a de los Muertos (Day of the Dead)
Head down to the Brick Works on Sunday for a traditional Mexican Day of the Dead themed celebration. Here you can eat delicious Latin American specialties like tamales, carnitas, churros, nopales and salsa picante, plus you can learn about the Mayan calendar, visit a community altar, make kites, and attend chocolate and clay workshops (take home a chocolate skull!) There will be a Mayan opening ceremony about life cycles, death and the meaning of dying in Latin American cultures. Sunday, Nov 3 11am-3pm,
Evergreen Brick Works (550 Bayview Avenue) free

The Need To Feed: Lydia Lunch Live
Toronto's newest queer resto The Steady on Bloor will host "The Need To Feed: Lydia Lunch Live Evening" this Sunday. The writer, actress, singer and art terrorist is launching... a cookbook? This is going to be strange, and awesome. The Steady will prepare a special prixe menu created inspired by Lunch's recently released cookbook, The Need to Feed. Those who don't want to dine can pop in at 8pm to see Lunch read from a selection of her works and answer a Q & A. Then DJs Dislexia & Betti Forde will host a roaring dance party. Menu options are here. Sunday Nov 3, dinner 6pm, talk & dance party 8pm, Steady CafÃ© & Bar (1051 Bloor West) $20 plus meal price

The Toronto Chocolate Festival
Halloween candy might be on sale at the Dollar Store, but you know better than that. Treat your sweet tooth to the last weekend of the Toronto Chocolate Festival, which has been indulging Toronto in decadent, chocolatey events since mid October. Look out on Sunday for the 9-1-1 Chocolate Relay where "firefighters, police and paramedics fight to the finish in what has become chocolate warfare." See the official site for a full list of chocolatey events. Until Nov 3, various venues, prices vary

The Rocky Horror Show
A Halloween classic, not of the ghosts and ghoul variety, but for the campiness of its drag, show tunes, and outrageous science fiction plot, The Rocky Horror Show has been a crowd-pleaser since its premiere in 1973. The film version catapulted its cult status into the stratosphere. It's returned (now on an extended run) to Toronto stages for the sixth year in a row. Until November 23, Lower Ossington Theatre (100 Ossington Ave) $39-$49 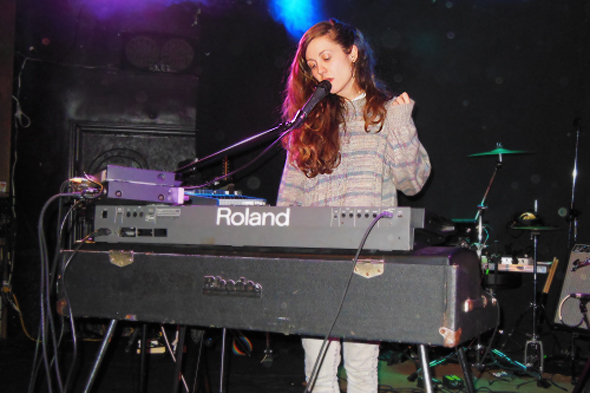 Braids
You might be looking for some calming music as a respite from Rob-Ford-Gate666 and Halloween (Halloween week, let's be honest,) and Braids' show tonight might be just the answer. After releasing their second album this summer, Montreal's gentle pop/electronic experimenters Braids are still making waves in the indie world and pleasing the hearts of dreams everywhere. Nov 1, The Great Hall (1087 Queen St West) $13.50.

Jessy Lanza
We recently profiled Hamilton based artist Jessy Lanza in our Break Out Bands series. Her debut album Pull My Hair Back on Hyperdub (produced by Jeremy Greenspan of Junior Boys) has R&B fans addicted, and Toronto fans will be swaying to the magic at her Garrison performance this weekend. Expect chills. Nov 2, The Garrison (1197 Dundas St. West) $10

16th Really Really Free Market at Campbell Park
No swapping, no trading, and definitely no money changing hands — everything at Campbell Park (Campbell Ave between Dupont and Wallace, west of Lansdowne) is really, truly free for the taking. Interested parties can bring items before 4pm, take items until 5pm. Organizers have requested clean and usable items only, but anything goes from small furniture items to clothing and nick nacks. Your Halloween costume deserves to find a new home, don't you think? Nov 2, Campbell Park (195 Campbell Ave) 10am - 5pm, free

Old Book and Paper Show and Sale
If you have a passion for stationary and/or antique books then Wychwood Barns is the place to be on Sunday. About 50 vintage paper dealers from Ontario and Quebec will be showcasing and selling old postcards, paraphernalia, movie posters, photographs, maps, prints, advertising matierals, and antiquarian books. Nov 3, Artscape Wychwood Barns (601 Christie Street) $7

Pugoween
The place to be for Toronto dog lovers this Sunday is Pawsway pet centre by the Harbourfront. Last weekend Pawsway hosted a costume party for all dogs, but this Sunday's Halloween event is only for pugs, or, as I call them, nature's most miraculous creatures. Proceeds go to hosts Pugalug Pug Rescue, who find foster homes and "forever homes" for needy pugs in Toronto. So dress your pug up for a good cause or be like me and gaze with a crooked Charlie Brown smile on your face as pugs in costumes mill about and win prizes. Nov 3, PawsWay (245 Queen's Quay W) $7

Heart of Fashion
Support North York General Hospital on Saturday night as fashion and glamour reign over the re-launch of Heart of Fashion, their annual fundraising event. This year includes a runway show hosted by Jeanne Beker, live entertainment by Karl Wolf, an auction for prizes (like tickets to see the highly anticipated Victoria's Secret fashion show), cocktails, and gourmet food. Nov 2, Town Square at the Shops at Don Mills (1090 Don Mills Rd) $250