While wandering around Toronto examining its heritage architecture, sometimes I discover an historic plaque that I had never noticed before.

I recently saw a temporary plaque in the window of the Rivoli at 334 Queen Street West. I had passed the building many times, but never realized that it was one of the city's earliest vaudeville and burlesque houses, as well a silent movie theatre.

Information on this theatre was almost nonexistent, and I discovered no photographs of it in the archives. However, I was fortunate that a friend forwarded to me a misfiled photo that he had discovered in the Toronto Archives.

It is likely the only picture that exists of this old movie house. 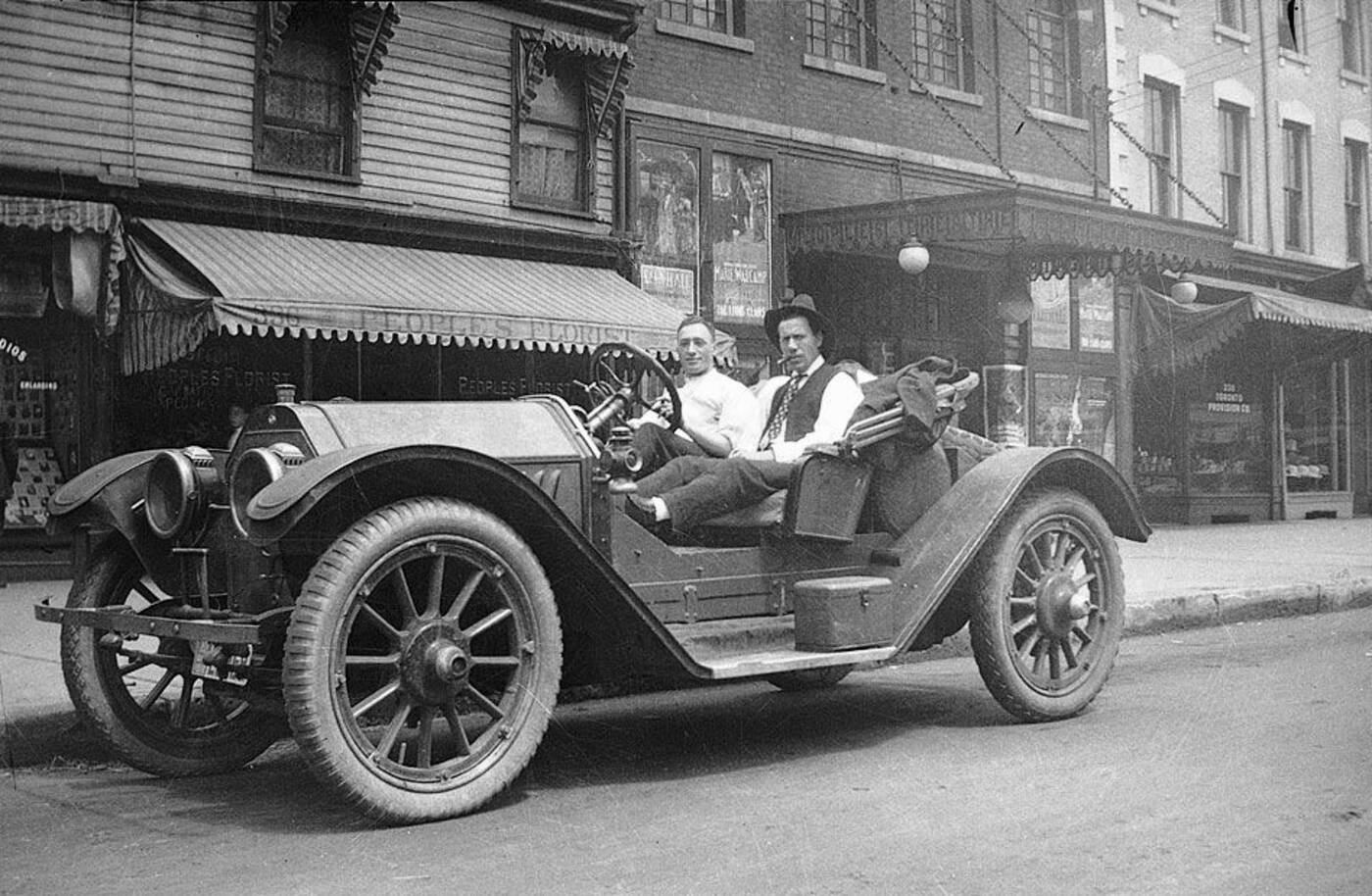 This photograph with the Rivoli Theatre in the background is from the City of Toronto Archives (Series 1257, s. 1257, It. 9439). It was sent to me by Colby Bayne. I am very grateful that he shared this photograph. The picture is of Leo Turofsky on the occasion of the purchase of his first automobile. All of the buildings in the background remain on Queen Street West today. It is interesting to note that the florist shop to the west of the theatre is “People's Florists.” Perhaps it had the same owners as the theatre.

To supplement the details evident in the photo, I examined the building in detail and made some suppositions about how the building that contained the Rivoli might have appeared when it was a functioning theatre.

According to information posted on a web site by Paul Moore of the Canadian Theatre Historical Project at Ryerson University, the theatre opened in January 1911. This was a year after the death of King Edward VII.

The theatre was originally named the People's Theatre, but in 1925 its name was changed to the Rivoli. I was unable to to find any details about its interior.

Today, the Edwardian building has a symmetrical facade and possesses few ornamentations. Almost all the architectural detailing from the days when it was a theatre has disappeared.

The roof of the building has also been altered. Originally, it likely possessed a sloped roof, with large chimneys. Today, the roof is flat and chimneys are evident.

The stone trim around the windows is original. They contrast attractively with the dark-red brickwork. However, the original bricks are no longer visible, as the facade has been refaced.

This possibly occurred in the 1940s, since the present-day bricks are similar to those used in Toronto in that decade.

An examination of the back of the building suggests that this is true, as the old 19th century bricks remain visible at the rear, if viewed from Bulwer Street.

As well, it is difficult to determine if the cornice on today's building is the original, as cornices from former decades are often removed as they are expensive to maintain.

When the building housed a theatre, it is almost certain that the second floor contained residential apartments. The windows on the second floor are large and rectangular, and are topped by Roman arches.

The second-floor apartments were accessed by a staircase that fronted on Queen Street, on the west side of the building.

When the People’s (Rivoli) Theatre opened in 1911, the concept of constructing buildings specifically for screening "moving pictures" was in its infancy.

The Colonial Theatre, later renamed the Bay, was the first structure built in Toronto for this purpose. It opened in 1909. 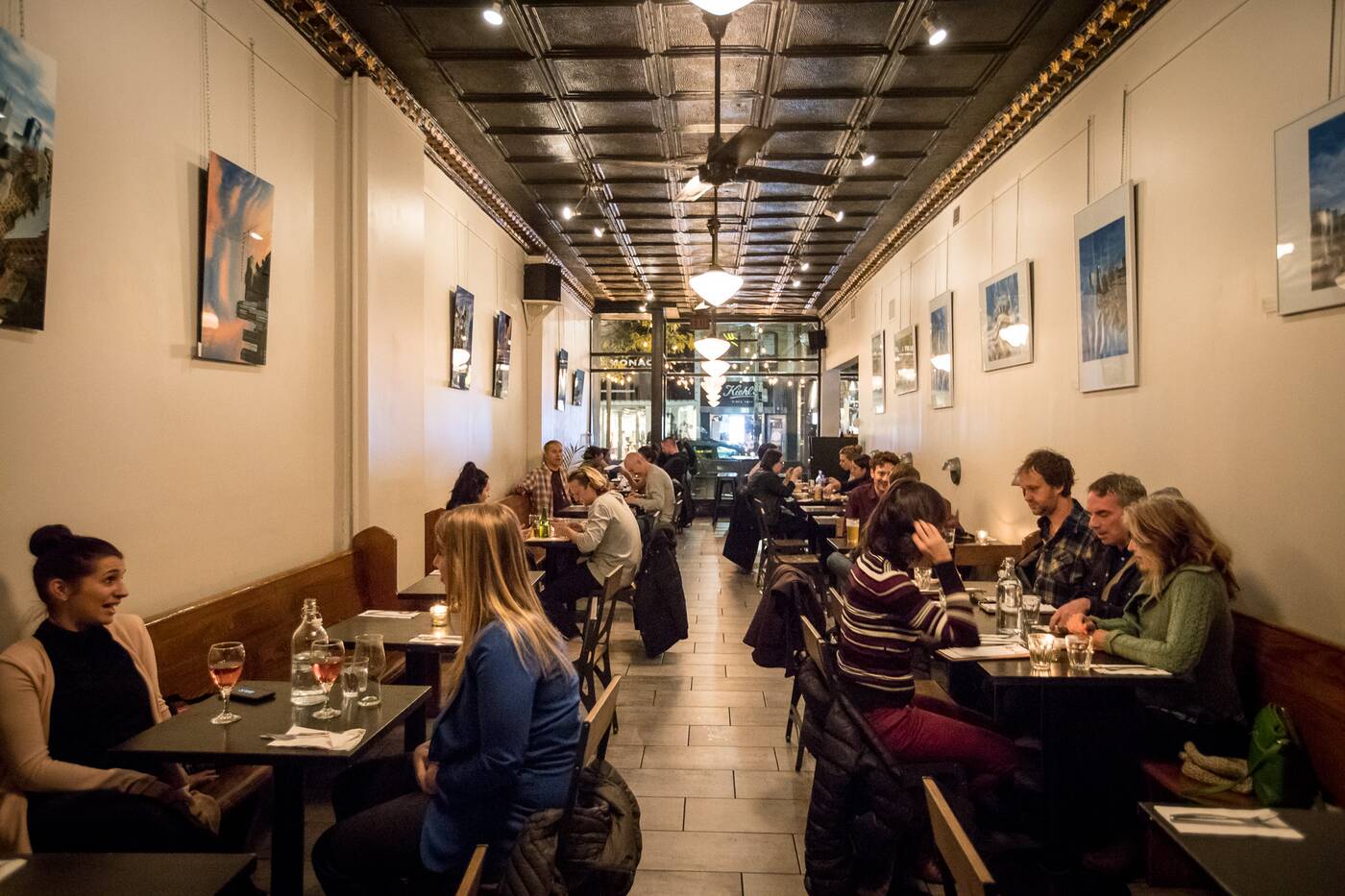 The modern day Rivoli funtioned as a bar and restaurant, in addition to a pool hall and live music venue, in pre-pandemic times. Photo by Jesse Milns.

The strip of Queen Street West where the Rivoli was located had contained houses since the 1850s. They were demolished in the 1870s and 1880s to construct buildings of three or four storeys.

They contained shops on the ground-floor level and residential apartments on the floors above. The People’s (Rivoli) Theatre opened in one of these.

The theatre occupied the ground floor only, so there was no balcony and the number of seats would not have been numerous. The projection screen at the north end of the auditorium was not large, as it was limited by the height of the ceiling.

In the early years of the 20th century, the theatre’s box office was inside the lobby, which I am certain was not spacious. The canopy over the entrance was a plain rectangular shape, with scalloped edges.

Posters that advertised the current films as well as future attractions were displayed on billboards on either side of the entrance.

When the People's (Rivoli) opened in 1911, its major competitor was the Auditorium Theatre, on the northwest corner of Spadina and Queen. A McDonald's is now on the site.

The Auditorium opened in 1908. It was later renamed the Pickford, in honour of Mary Pickford, a Torontonian who became the first international star of the silver screen.

In 1982, the building that had once housed the Rivoli Theatre was renovated and opened as a restaurant and club. It helped define the
"Queen West style," a street that was funky, outlandish and trendy. 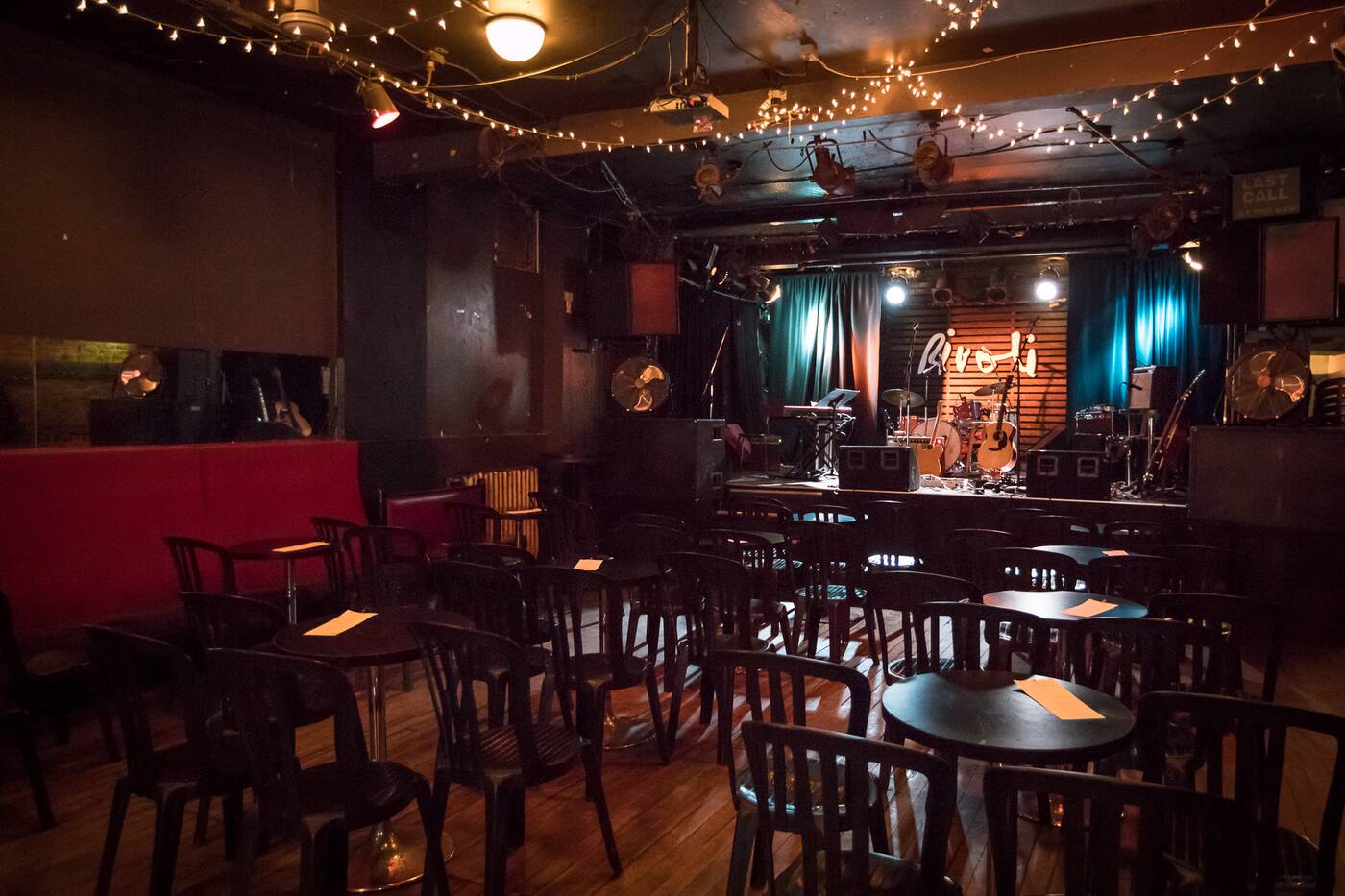 The intimate back room of the Rivoli. Photo by Jesse Milns.

The Canadian group, Blue Rodeo, first performed in the club on the second floor in February 1985. a year after the group was formed.

The Drowsy Chaperone, a spoof of 1920s musicals, had its debut at the Rivoli in 1998. It became a hit when staged at Toronto’s Fringe Festival and in 2001 was part of the Mirvish subscription series. Its success led to it opening on Broadway on May 1, 2006.

Today, the Rivoli remains a popular and well-known venue on Queen West. 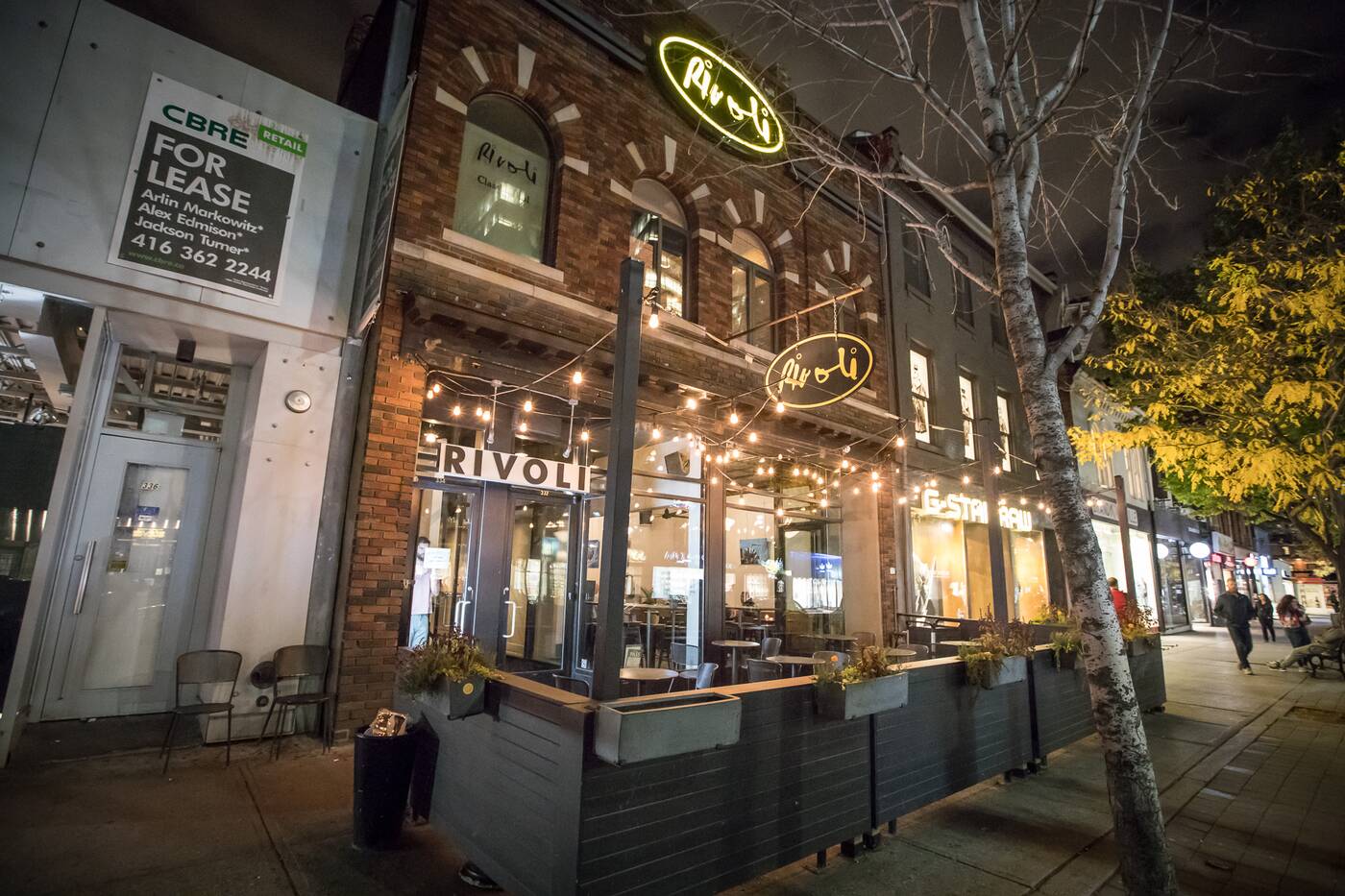 Doug Taylor was a teacher, historian, author and artist who wrote extensively about Toronto history on tayloronhistory.com. This article first appeared on his site on July 15, 2014 and has been republished here with the permission of his estate. The article has been modified slightly.