The Rexall drug store at Dundas and Spadina could one day be Toronto's hottest nightclub—and not for the first time, either.

That huge, brownish-yellow block of a brick building on the northeast corner of Chinatown's main intersection was actually built in the early 1920s as a theatre. Designed in the Art Deco style by architect Benjamin Brown, it was developed by Toronto's Jewish community and known for hosting vaudeville performances in Yiddish.

The venue was known as Standard Theatre when it opened back in 1921, but changes in ownership saw the name switch around a few times before The Victory Theatre was born in 1941. 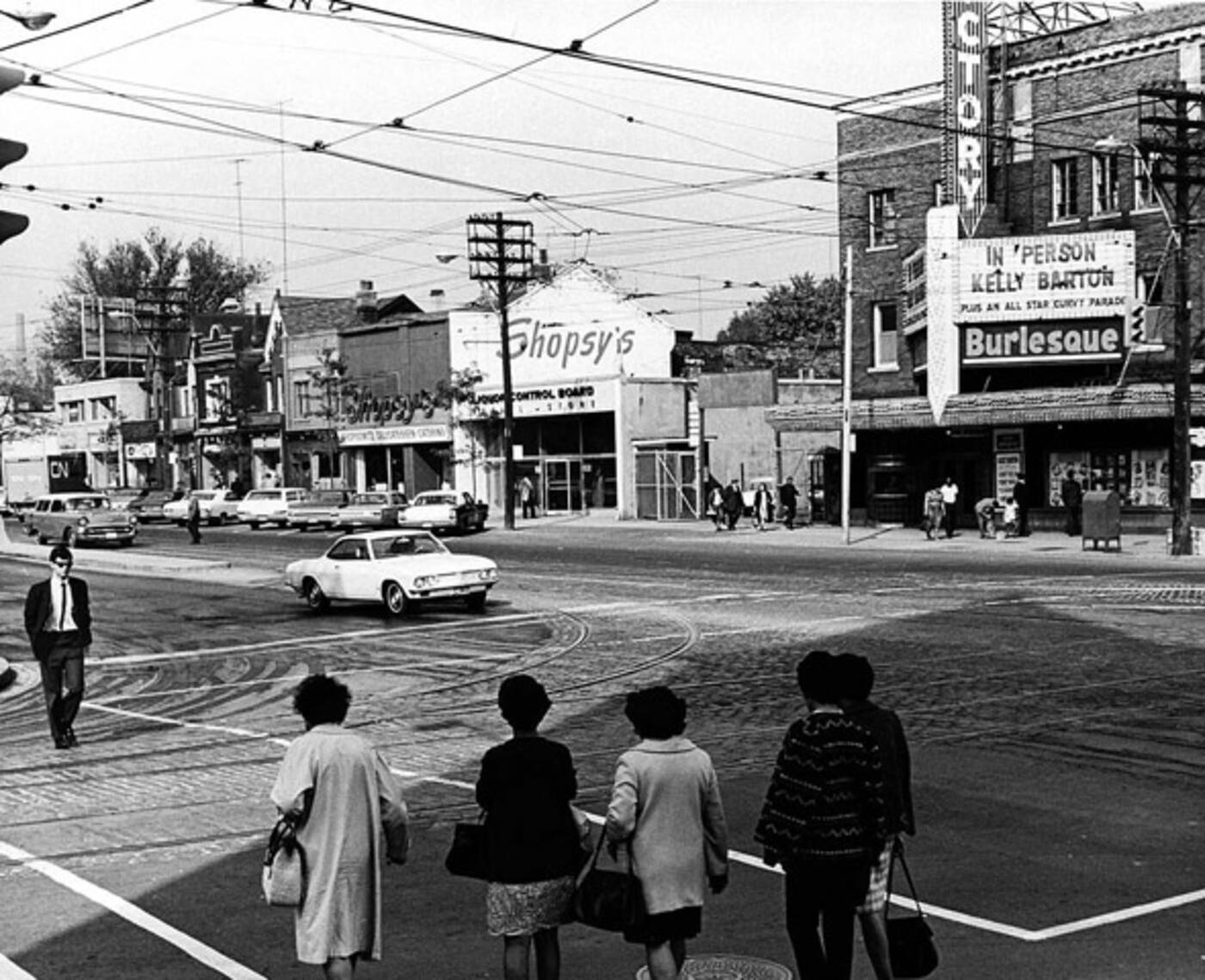 The Victory became one of Toronto's raciest performing venues after the end of World War II. Image via City of Toronto Archives.

With a focus on all things burlesque, the Victory was controversial in its day. Once, a dancer dropped her pasties, exposing her nipples to the crowd mid-act, violating Toronto's morality clause, and inspiring news articles with names such as "Crisis at the Victory Burlesk."

Facing competition from actual strip clubs a few decades later, The Victory closed down in 1975 after more than 30 years on the scene. It was eventually converted into a Chinese-language cinema and then, in 1996, converted for retail purposes.

A 2007 heritage assessment, however, revealed that much of the interior structure from the 1970s remains intact.

"The auditorium with the stage, the side walls with the Classical decoration, and the recessed ceiling" are all listed as reasons for designating 285 Spadina Avenue under the Ontario Heritage Act, though the theatre part of the building has been boarded up since 1992. 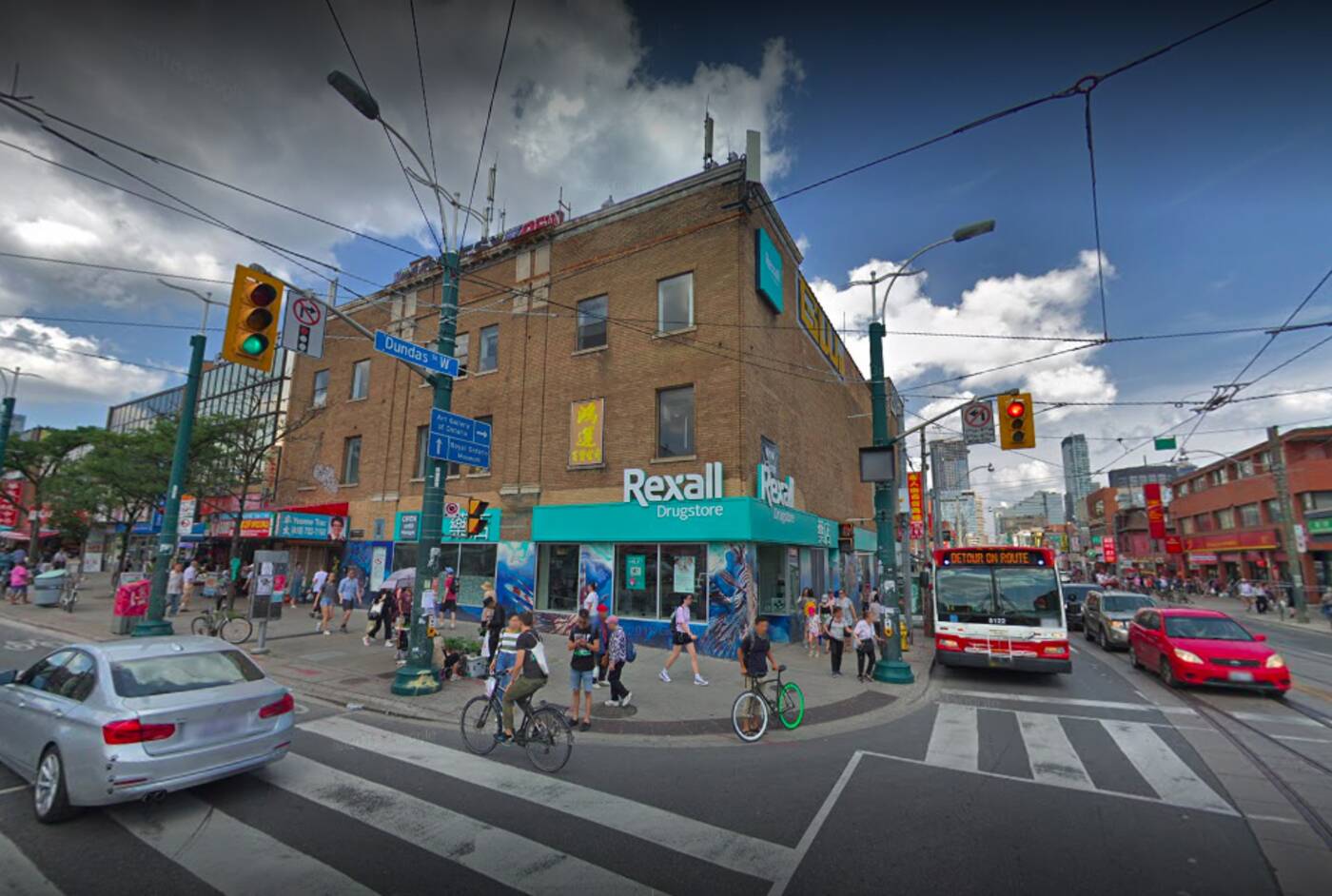 The main entrance to the old Victory Theatre was bricked over by new owners back in the 1990s. Image via Google Maps.

Enter veteran Toronto club owner Rony Hitti, who signed a 20-year-lease with the building's new owners in 2015 and pledged $10 million toward renovating the space.

Hitti, who founded the Yorkville hotspot Boa Cafe back in the 1990s, told the Globe and Mail this week that he's now planning to reopen the Victory Theatre.

"You walk into a space like this and light bulbs go off," he said to the newspaper, later explaining his visions of "an old-style Spadina deli, a vampy Chinese banquet hall adorned with noirish references, immersive high-tech light shows, lectures," and maybe even burlesque performances. 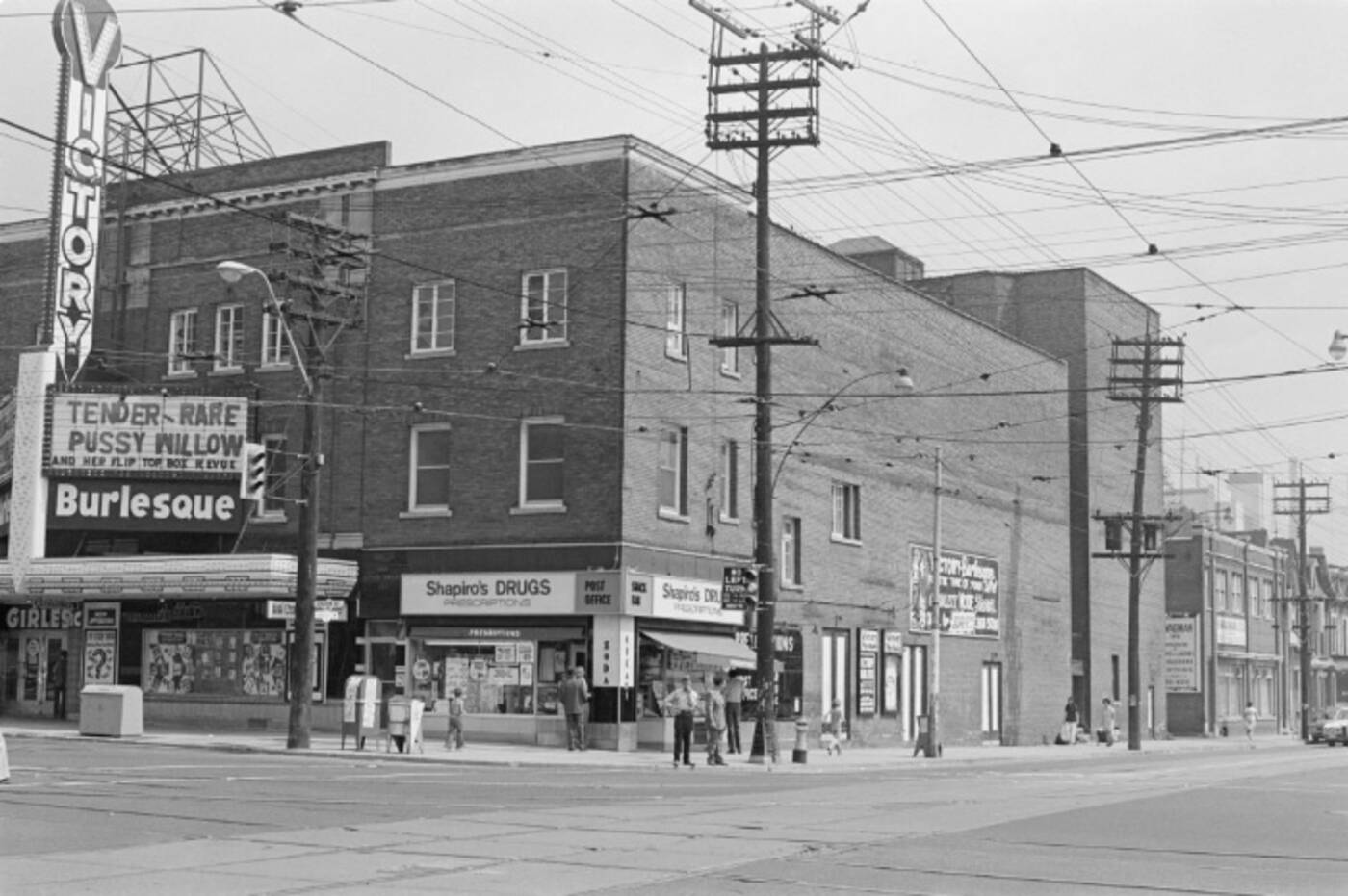 Business was starting to slow down at the Victory by 1972, when this photo was taken. Image via City of Toronto Archives.

The businessman says he wants to reopen the venue this summer as an entertainment and heritage food emporium.

The theatre will be able to hold up to 1,000 people, if all goes well, and there will be seating for additional 400 patrons across two different on-site restaurants.

Some of his plans, like those for painting a "modern-day Sistine Chapel" over the elaborate frescoe ceilings, might not come to fruition thanks to challenges from the historical board, but we can, at the very least, depend on a cool marquee, should the Victory come back to life.