Whether they were grand structures like the Shea's Hippodrome or the less noteworthy neighbourhood movie houses (affectionately called "nabes") like the Bluebell, in 1940s Toronto theatres of all types experienced their heyday before the advent of television a decade later. At the time of their gradual decline, one venue managed to stay in business for over two more decades. What was originally known as the Standard Theatre at the northeast corner of Spadina Avenue and Dundas Street West evolved into a venue with a different and more racy specialty -- live burlesque performance.

In the early days of the venue, the Standard Theatre played a significant role in the cultural life of the Jewish community, which resided in the area. According to the City of Toronto heritage study of the structure, it was designed by Benjamin Brown in the Art Deco style, and as Mike Filey notes, it opened on August 18, 1921. The program consisted of theatrical productions and vaudeville performances in Yiddish presented by the theatre's stock company as well as touring groups from New York City. 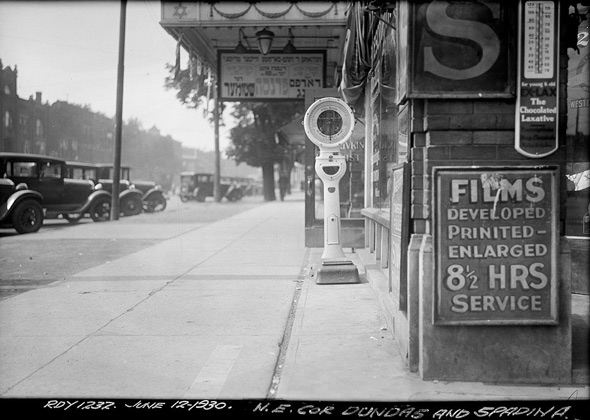 During the 1930s, many existing theatres specializing in live performances were altered in order to accommodate the projection of motion pictures, and the Standard shared in this process. In 1935, the venue was sold to 20th Century Pictures, who renovated it, closed off the existing balcony and renamed it the Strand.

By 1941, the attendance started to decline and the theatre was leased and renamed the Victory in the anticipation of the eventual defeat of the Nazis. It was now advertised as offering the "best in burlesque." 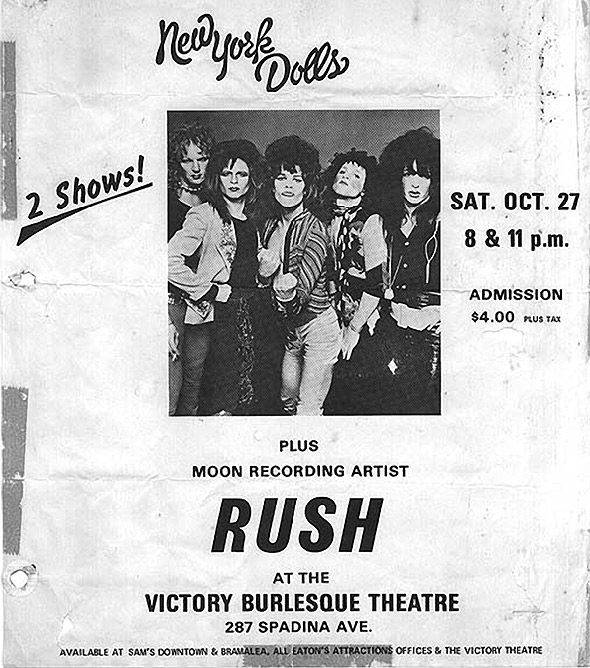 Aside from burlesque, the theatre would later showcase musical performances by such artists as The New York Dolls, Rush, Peter Frampton and others. Amateur strip nights were also hosted on a weekly basis, and the female members of the audience were invited to perform on the stage.

In 1965, Robert Fulford described his visit to the Victory in an article in the February 20 edition of the Toronto Daily Star under the title "Crisis at the Victory Burlesk," which is as insightful as it is entertaining. At a time when it was illegal for performers to show a bare bosom, one of Justa Dream's pasties fell off, exposing her nipple in the middle of her act. Pasties and G-strings were the order of the day, as was the regular presence of the vigilant members of the police force. Fulford further recounted his experience from that night in a revised piece, "Return to the Victory Burlesk," which is also worth a read. 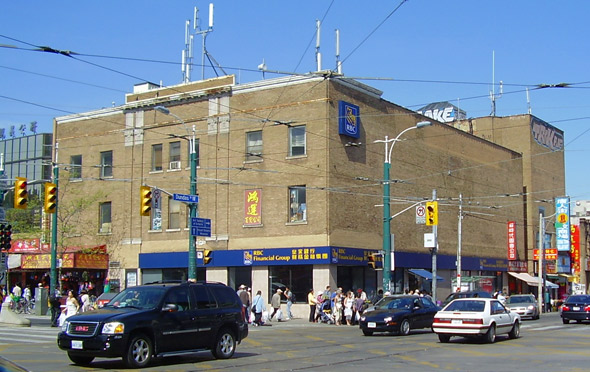 The Victory closed down in 1975 as it faced competition from bourgeoning strip clubs across the city. The theatre was sold once again, drastically renovated (some of the changes included the removal and shipping of the original seats to the Herongate Barn Theatre in Pickering, taking down of the marquee, and the sign), and became known as the Golden Harvest Cinema.

It now catered to the neighbourhood that became Toronto's newest Chinatown, and thus showed Chinese films and live entertainment. This stage in the life of the theatre ended in 1996 when the structure was converted to accommodate retail functions.

However, according to the previously mentioned heritage study of the structure, the original auditorium with the stage, the Classical decoration, and the recessed ceiling still survive to the present day, allowing for the faint possibility that the theatre could be revived one day.