The 27 most memorable nightclubs in Toronto's history

Toronto nightclubs have come and gone over the years and there have definitely been some we miss the most. Spaces come and go, but some leave a longstanding impact.

Here are some of the most memorable nightclubs in Toronto's history.

Boa was both a Yorkville cafe and a dance spot in late 1990s, but it eventually grew into a full-out nightclub on Spadina in the early aughts. It was best known for its amazing sound system and a focus on international and local underground dance sounds.

A spot for punks, metalheads, freaks and fashion lovers, this loud little spot existed at the north east corner of Queen and Palmerston in the late 1980s. There was a metal go-go cage, and a 350-capacity room riddled in metal and concrete.

Ask any gay person who was clubbing in the 80s and 90s and they'll tell you Boots was the place to be. The club moved around and though it wasn't know for the best sound, it did have a reputation for amazing music and one of the best LGBT dance scenes in Toronto at the time.

Lurking on Adelaide before the club district really existed, this underground, alternative spot opened in the late 1980s, had a stainless steel dance floor and a laid-back, open-minded dance crowd. Marilyn Manson and Trent Reznor were fans of the space.

You'll find a Marshalls where this massive wonder of a nightclub once existed at 126 John Street. Peter Gatien's four-storey fantasy land of dance floors and extreme decor existed from 2007 to 2010 and was one of the most expensive clubs ever to exist in the city. 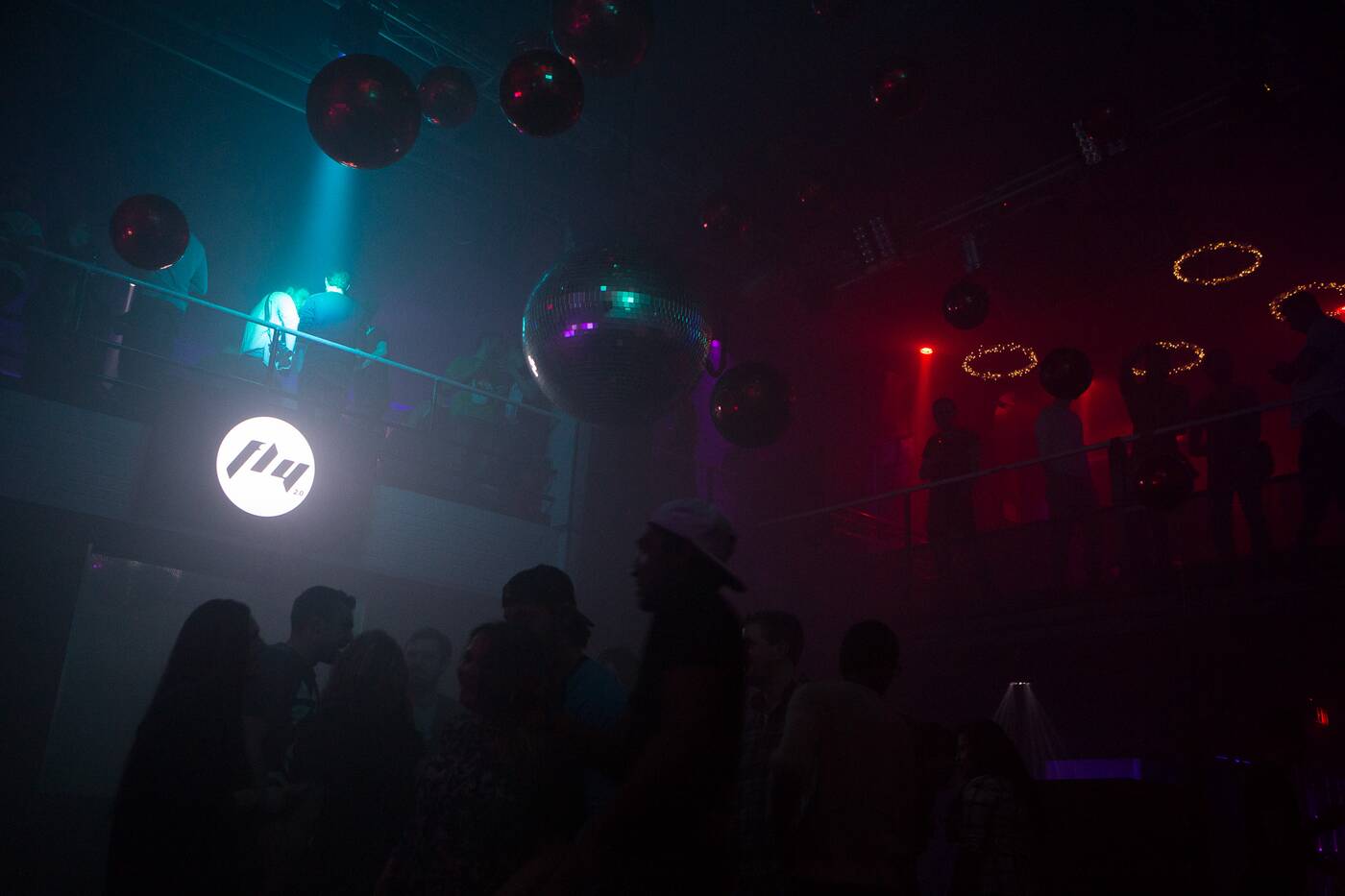 Fly 2.0 and its predecessor were fixtures in the Village. Photo by Jesse Milns.

Like out of a movie, this dark and probably dangerous basement club in Kensington Market was host to punk, reggae and electro parties in the early 2000s. There were aquariums scattered around the dank space and Will Munro's Peroxide party was born here.

This after hours club was forever in a basement at College and Spadina but is trying to get things going again out of a new space in Parkdale. It was always getting in trouble but that didn't stop club goers from lining up on Saturdays and long-weekend Sundays to dance into the a.m. with some of Toronto's finest house DJs.

In the late 1970s, this Isabella Street haunt was the spot for post-punk and new wave sounds oozing into the city at the time. The club eventually moved over to Yonge as Klub Domino in 1984.U2 and Japan showed their faces here.

This space on St. Joseph Street is now a condo, but it was once 500-person capacity gay mecca with a couple of lounge areas and a very, very active dance floor. Wednesdays and Thursday nights were huge in the late 90s and early 00s when pop music was having a real moment.

This Gloucester street nightclub is now closed but is where you could find some of Toronto's most big-budget drag shows, big-name circuit DJs and a mostly gay, but very welcoming crowd of dancers over two floors.

From 2005 to 2013, this underground after-hours club became known around the world for its house and techno nights. At a time when massive clubs were playing mainstream hits, this intimate Adelaide Street spot focused on local talent and quality over quantity.

Toronto's most legendary metal and hard rock bar, The Gasworks was one of the remaining traces of Yonge St.'s history as a music destination. Remembered for raucous live acts and quarts of beer, it ruled the 1980s. When it closed in 1993, Yonge St. was never the same.

This massive waterfront complex was Canada's largest and longest running nightclub. The world's biggest DJs and live music shows made this Charles Khabouth brainchild a staple in Toronto's dance circuit. It closed in 2015.

This legendary King West nightclub was home base for Toronto's aging rave crowd and brought all types of scenes together under one big, inclusive roof from 1996 to 2000. The city's late-night, underground dance scene owes everything to this club.

This two-storey club at 167 Church Street closed up shop in 2003 and was home to a men's athletics club in the late 1800s. It once housed the infamous Boys Life parties, had hardwood floors, a boxing ring dance floor, and a grand balcony around the main area.

In the mid-90s this Phipps Street club was a big, raw, warehouse space with a nearly 500-person capacity. Saturdays were the big night here and it was a huge hit because as the warehouse scene faded, Joy filled the void for gays, drag queens, scenesters and curious straight people. 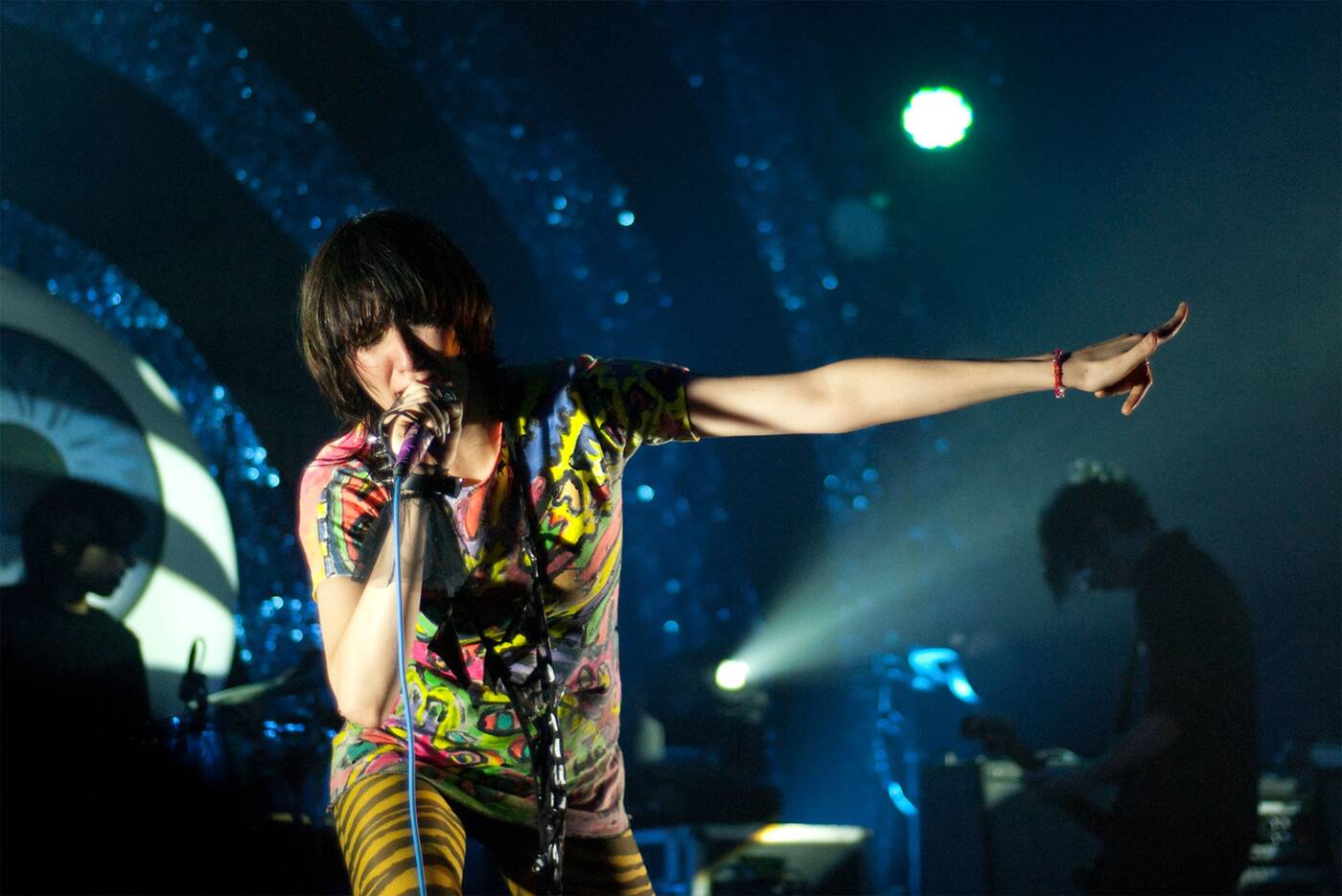 The Kool Haus was a great venue for live music. Photo by Sean Bennell.

For 10 years (1993 to 2003), this three-level, unpretentious Adelaide Street nightclub could fit 1,110 people and would blast popular Euro-dance hits on weekends It acted as a spot for ravers coming out of the warehouse into the club scene.

This Mercer Street club opened in the early 90s and feature three separate dance floors, a lounge and lots of go-go dancing. It was home to some famous themed nights, but Thundergroove Sundays was the ultimate night.

Ask any music fan about Toronto's best nightclub ever, and the majority of people will say Brant Street's Roxy Blu. It was unlike anything else Toronto knew and was completely inclusive and took the pretension out of clubbing. According to Denise Benson it "wasn't utopia but it came damn close."

Another one of Toronto's long lost nightclubs, RPM first existed where the Guv once stood from 1985-95. The live-to-air broadcasts on CFNY gave kids stuck at home a glimpse of early dance mixed with industrial beats and alternative (not to mention making a superstar out of Chris Sheppard).

There was a point when what is now The Dog & Bear in West Queen West was one of the coolest clubs in the city. The Social occupied one floor and was run by the owners of the now defunct Hoxton.

This was once billed as the "highest nightclub in the world" when it occupied a section of the CN Tower's main pod between 1979 and 1991. It was a lounge during the day and a disco at night.

As another famous early club district space, System Soundbar was home to quality underground house, drum 'n' bass, hip hop and techno nights, but closed in 2005. It acted as a huge spot for ravers to dance in as cops cracked down on raves

This classy Jarvis Street club and lounge defined what lounges later became in Toronto. Dripping in decadence, it was like a flapper girl fell into a Studio 54 side room. There was also a very active basement dance floor and in the late 80s, it hosted a mixed, fashion-forward crowd.

This legendary Richmond Street West spot introduced Toronto to house music in the 80s. It was an grimy after-hours spot covered in graffiti and modelled after New York's Paradise Garage, where some of the city's first house DJs made their mark.

Toronto said goodbye to this iconic gay dance club at Church and Carlton a few years ago. Part cabaret and piano bar, party seedy back room dance club, this place was what gay dreams were made of. It opened in 1998 and was famous for its Sunday retro nights and classy drag shows.

Jesse Milns at the Guvernment. Huge thanks to Denise Benson's research on most of these clubs and her book Then & Now.