A brief guide to independent hip hop in Toronto

Independent hip hop is alive and thriving in Toronto. At its best, hip hop is the oral history of a city as it happens - stories from the street where the preacher-poets meet and exchange ideas over beats. Though our city may seem soaked in non-stop drizzle, this list should help T-Dot hip hop heads reconnect with the real flow of Toronto. If you're reading this, it's not too late. 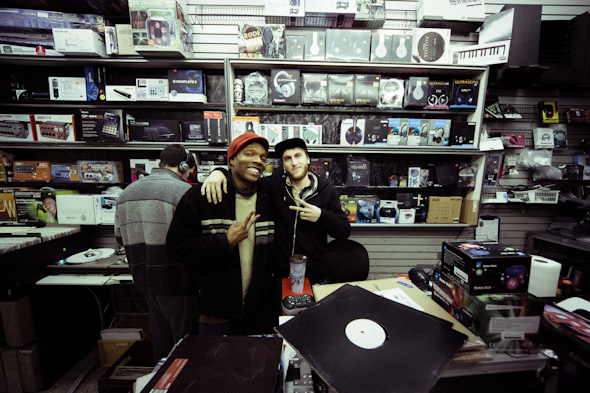 R.I.S.E.
Reach Intelligent Souls Everywhere (RISE) is a Scarborough-based community collective of artists and activists. Their RISE Poetry Mondays at Burrows Hall provides a platform for youth to express themselves through performance art and spoken word. They also run artistic development workshops at the Malvern S.P.O.T.

Manifesto
Since 2007, Manifesto has used hip hop as a positive community force to empower artistic and entrepreneurial youth. The annual Manifesto Festival is one of the biggest celebrations of hip hop in Toronto's calendar, and to date they've programmed over 1000 local, regional, and international artists.

Play De Record
If there ever was a concrete, brick-and-mortar community hub for hip hop in Toronto, a strong case could be made that Play De Record is it. A gathering place for hip hop fans, DJ's, artists, and producers to share knowledge, dish gossip, browse gear, and pick up a record or two. 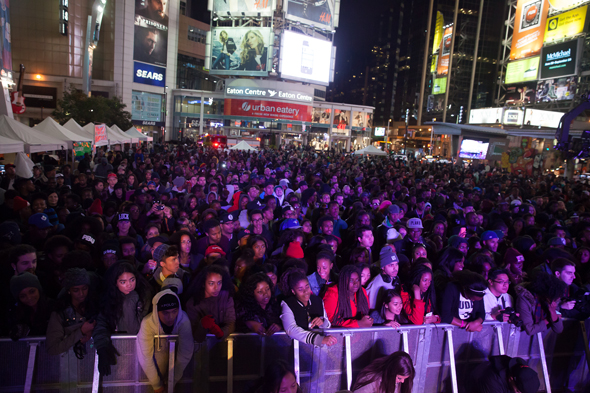 The $5 Rap Show
Four years running, the $5 Rap Show has been showcasing the best independent hip hop from Toronto, the U.S. and beyond. Hosted by local legends Wordburglar and More or Les bi-monthly at Rancho Relaxo.

Big Mic T.O.
Big Mic T.O. started in Brampton and has been showcasing local independent artists throughout the GTA for close to three years. Follow their social media channels for up to date info on events.

#BigTicket
Since 2012, EasParkProductions' #BigTicket series has been bringing the best in local, regional, and international hip hop at venues like Velvet Underground, Wrongbar, and Tattoo. This past February they had local luminaries share the stage with the legendary Phife Dawg from A Tribe Called Quest.

The Hustle
From boutique hip hop and R&B concert promoter, Academy Presents, monthly series The Hustle has put the focus on local talent while bringing in international headliners. Past events have taken place at Revival, The Drake Underground, and The Piston.

One thing Toronto seems to be missing is a physical focal point for its hip hop scene. While you can catch disparate events at places like The Drake, Rancho Relaxo, Revival, The Phoenix, and Wrongbar, there doesn't seem to be a venue in the city that caters to live independent hip hop like S.H.I.B.G.B.'s or Soybomb HQ do for punk. Of course, this writer may simply be out of touch, so let us know your thoughts in the comments.

Urbnet
The recording home to D-Sisive, Wordburglar, Dan-e-o, and Grand Analog amongst many, many others.

CHRY 105.5 FM
York University's campus/community radio reps hip hop no less than nine times per week, often twice-a-day, and boasts the most hip hop programming in the country. Tune in to hear rare-grooves, up and coming national and international artists, and of course a healthy dose of local talent and events.

Keep up to date with these Toronto-centric hip hop blogs that cover local artists, new releases, music news, and special events in the city:

Thanks to DJ Mel Boogie, More or Les, and Mindbender for their help compiling this article.

What did I miss? Leave your favourite sources for independent hip hop in the comments below.