The top songs from Toronto during 2014 are not all found on our list of top albums from the year, but that's not much of a surprise: it's the age of the single, and a song's ability to grip emotions and make memories doesn't always translate perfectly into long play power - though looking through these tracks, we had a lot of love for albums by nearly all these artists in 2014 as well.

Here are our picks for the top 10 songs that stuck with us from Toronto during 2014.

Black Walls - Communion
Ken Reaume takes you deep under water for the opener to his five-song 2014 album of the same name. Seven minutes of heavily-reverbed guitar and vocals concoct a slow motion dream bound to lull anyone into introspective meditation. With a writing experience described as a very personal journey of self-discovery, "Communion" washes over you like waves on a beach. The art is stunning to boot. AG

Century Palm - White Light
There's something incredibly vintage-feeling about this track. Not vintage in a patchouli-oil-kind-of-way, more like that stuff that came along and smashed every incense holder in Yorkville as the 60s gave way to 70s. That's not to say that Century Palm have copped the sound per se -- just that I'm reminded of the times I snuck in to Larry's Hideaway to see something my childhood brain interpreted as revolutionary. ESP

Dilly Dally - Candy Mountain
Dilly Dally may be Toronto's new purveyor's of late-80's alterna-worship, but while Katie Monks can yowl like both Frank Black and Kim Deal, some of their best hooks are found in lead guitarist Liz Ball's Santiago-esque melodies. A shining example is "Candy Mountain," an anthem of social alienation in which sparse verses dive headfirst into choruses soaked in fuzz. If its title is any indication, think less "Big Rock Candy Mountain," and more Psychocandy. CG

Trust - Capitol
Such fun for a pilot: almost a decade in the making, the second single released off Trust/TRST's 2014 sophomore album Joyland solidified Robert Alfons' newly solo, lost(in space)boy goth-pop sound as his voice bounces from baritone to nasal high ranges in a sky twinkling with synths. Europe is eating it up, naturally.

PARTYNEXTDOOR - Recognize ft. Drake
As if we'd cap the year without some Drake. In this track from 2014's PartyNextDoor Two, OVO's Mississauga cohort's effect-heavy vocals heat up alongside Drizzy's smooth crooning, steady flow, and 6IX hoodie. Of all Drake's Soundcloud drops and appearances this year, Recognize's hometown double hitter flies a hair above the rest.

Greys - Noise of Carpet
When Stereolab released the original track on 1996's Emperor Tomato Ketchup, it was not only an anomaly on that album, it was the rowdiest track in their entire catalog. Nearly 20 years on now it would be incredibly easy for upstarts Greys to plant tongue firmly in cheek and take the piss. Instead they pay homage, brilliantly capturing the inherent aggression within -- without loosing an ounce of the smouldering cool. ESP

Nadja - Dark Circles
A building post-metal opener from the new Nadja album, "Dark Circles" blurs through all phases essential to an epic nine minute rock jam. It begins with an eerie looping guitar riff and doesn't hold back on the distortion as it builds. The barely audible vocals moan in between heavy sessions where instruments swirl into one attack on your senses: drone rock cooked to perfection. Albumwise, some truly badass art accompanies white or black vinyl, making Queller a score for post-rock lovers, metalheads and vinyl nuts. It even comes with a folded poster. AG

Alvvays - Archie, Marry Me
Quite possibly the catchiest song to come out of Canada, let alone Toronto, this year, Alvvays' "Archie, Marry Me" is as much a blessing as it is a curse, as it will follow you through your day like the obsessive stalker they paint in the equally hooky "Adult Diversion." Like a pair of vintage wayfarers, Alvvays exercise just the right amount of polish to their blurred, lo-fi sound that their million-dollar melodies aren't obscured in the haze. If matrimony really does sound this sweet, Tinder's days are numbered. CG

Shawn William Clarke - I Blame the Loyalist Ghost
With verses such as, "I blame the loyalist ghost, for making me depressed. My heart it ached for my true love in Charlottetown," folk-songwriter Shawn William Clarke demonstrates his gift for lyrical storytelling. The song "I Blame the Loyalist Ghost" is a reference to falling ill and depressed on his east coast Canada tour (Clarke claims in one interview to have stolen the line from his GF). The track appears on Clarke's sophomore album William 2014. RA

Odonis Odonis - Are We Friends
Like the duplicity suggested in the title of their new record Hard Boiled/Soft Boiled, Odonis Odonis excellently blends equal parts Ministry and My Bloody Valentine into an irresistible noise. "Are We Friends" opens with a mutated "Blue Monday" stomp, and through a forest of squalling guitars and digital drum explosions, singer Dean Tzenos crafts undeniable hooks on the pitfalls of sexual camaraderie. Let me introduce you to your new best friends. CG

What did we miss? Leave your favourite Toronto songs of 2014 in the comments.

Note: While Colin Gillespie is a member of Greys, he did not contribute to their appearance on this list. 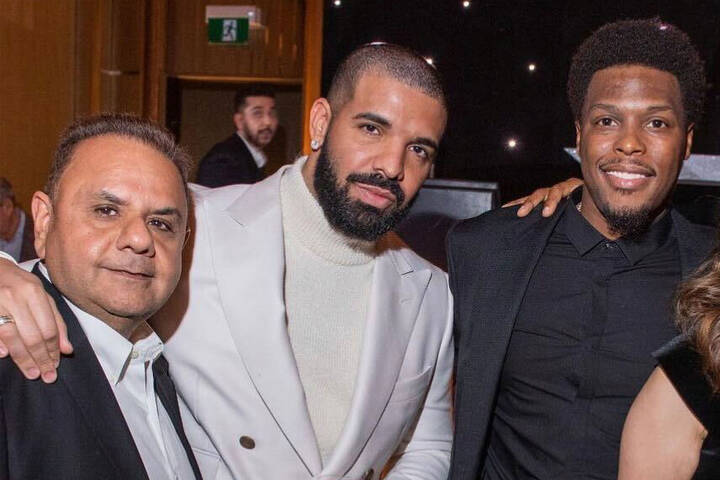 Fans resoundingly support Drake's move to withdraw from the 2022 Grammys