Inside the new HMV Underground venue

The HMV Underground venue at its Toronto flagship Yonge Street store has been an unlikely addition to the city's live music scene, as the struggling chain downsizes and shifts its focus further away from, well, music.

Once upon a time people bought music. Paid for it in physical form, with money. Not only that, they left their house to do it. They ventured out on a Tuesday night (say around 9:30) just to check out the late-night record shop. It was impulsive, compulsive, and by today's standards you could call it insane, but I did just that to check out the HMV Underground where Sloan was performing Tuesday evening. 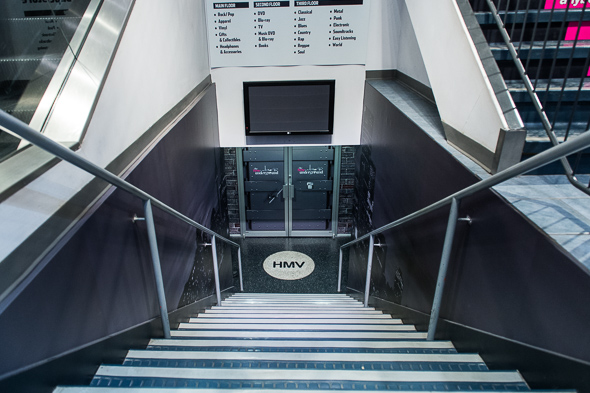 The basement venue is billed as a multi-purpose event and exhibition space, currently oft-used for autograph sessions. Beneath the CDs (CDs!) and t-shirts upstairs, the ceiling is exposed pipe-and-ducts with some hanging fluorescent lights, and the side walls are lined with track-lighting to illuminate photo and art exhibitions. 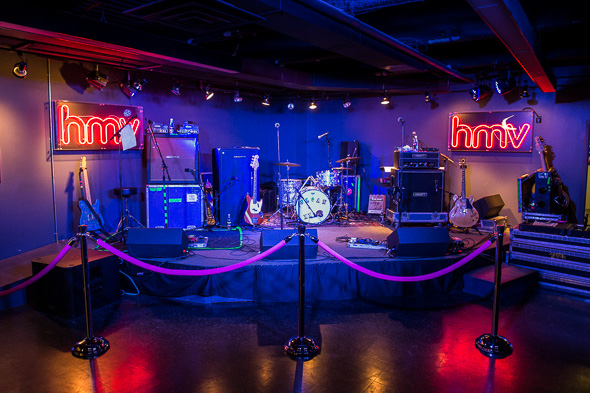 There's a sound and lighting desk at the back, and next to that is a small kiosk with a cash register where they were selling Sloan's latest release, Commonwealth. It was almost surreal seeing the cash register flash it's dot-matrix "WELCOME TO HMV" greeting. Remember Soundscan? 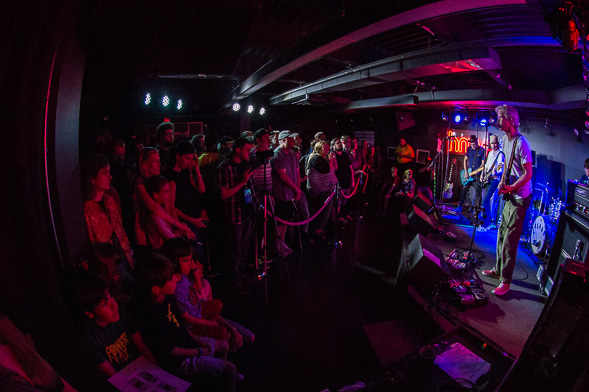 LED's cast multi-coloured hues onto a low-rise stage. Sight lines leave a lot to be desired, so if you're a shawty like myself, get there early to secure a good spot. The sound was rich and full without being obnoxiously loud. It was dark in there - a total house party-style basement where teenagers can make-out in the corner as a lone super-fan pogos near the back of the crowd. 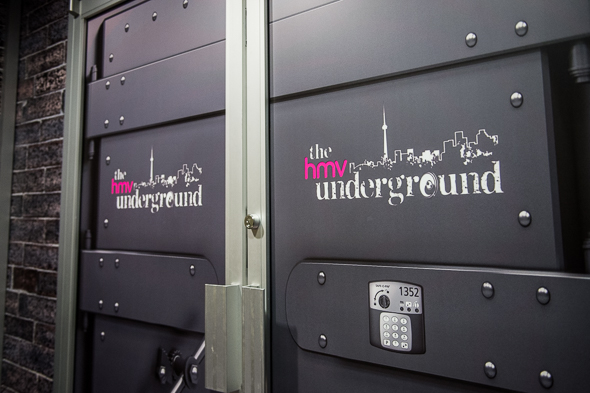 The place is large enough to fit 100+ people, but retains a great deal of intimacy. As Sloan pumped through deep album cuts and took shouted requests from the audience, a certain charm about the space revealed itself. You have a chance here to get very close to the performers. 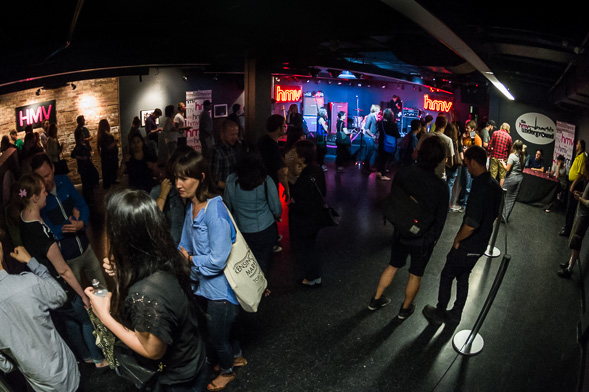 The basement of 333 Yonge Street lacks in nuance and ambiance, but works as a no-nonsense, semi-small concert venue. Those unforgiving fluorescent lights came on as the the audience chanted for an encore. I have a feeling that won't be a rare event here, and in a small way Yonge Street's musical legacy lives on in a new and unexpected corner. 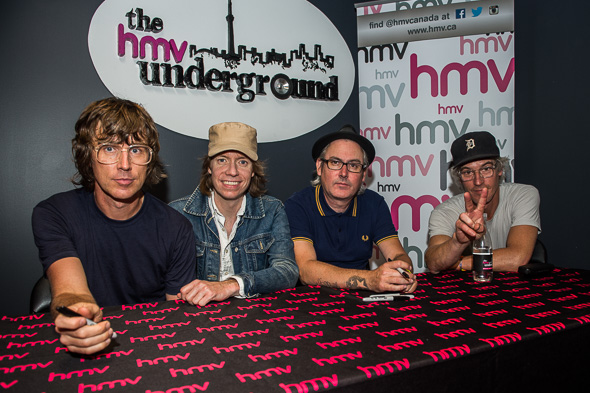