On Friday night lucky fans celebrated the life (and slow death) of Honest Ed's with a double bill of Canadian indie rock. The send-off for the Annex location of Sonic Boom (now re-opened on Spadina) was transformed into a Molson-branded concert venue, complete with red lighting, fencing, and portable toilets more befitting a large festival than a record store. A few elements of Sonic Boom's glory still remained, including the large chandeliers and the giant skull at the back. 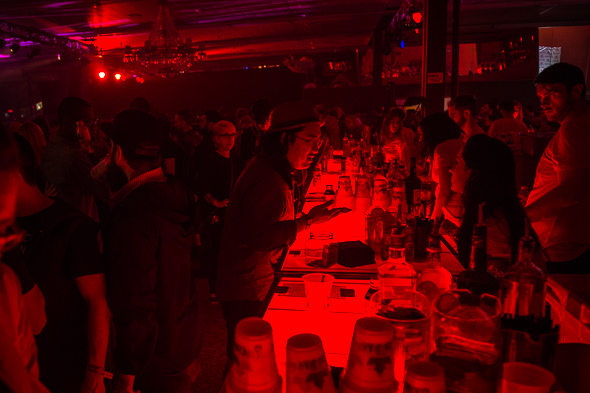 The first thing I noticed going in (other than the massive bar) was how much smaller the space looked when empty. I gravitated between a charcuterie table and the servers roaming the room with appetizer trays with succulent little burgers. 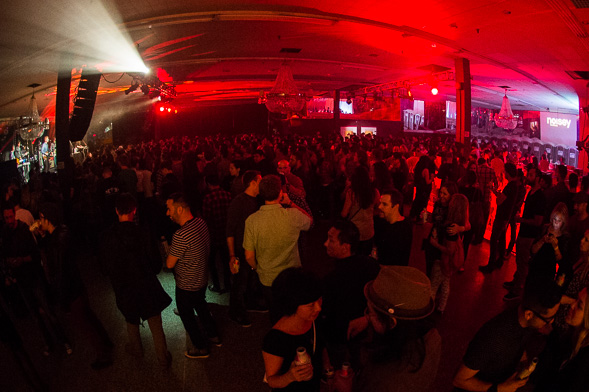 The freebie-satisfied crowd greeted The New Pornographers warmly, though I think a few people who'd just come to see DFA 1979 were a bit confused by the seven musicians taking the stage. 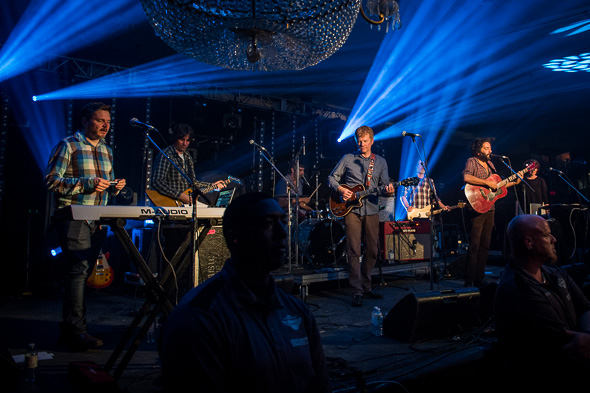 TNP opened with an enthusiastic version of recent single "Brill Bruisers." A.C. Newman acknowledged the sponsors sarcastically(?): "We drink Molson Canadian cider. Why? Because it works!"

Dan Bejar (Destroyer), stayed off-stage for much of the set but took lead vocals for a few songs, which were much stranger than the power-pop that characterizes most of the band's other songs. A particular highlight was slick melody "War on the East Coast." 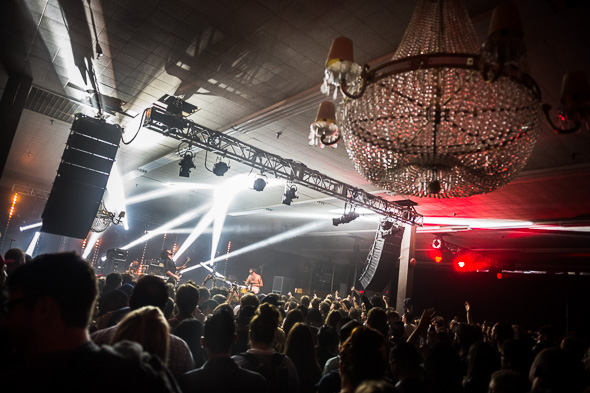 Death from Above 1979's onslaught was a huge contrast to the polished seven-piece New Pornographers. The duo, fresh from a free-DFA-tattoo pop-up promoting their first album in a decade, were clearly the stars of the night - the band came on to rapturous applause and a mosh pit formed within seconds. 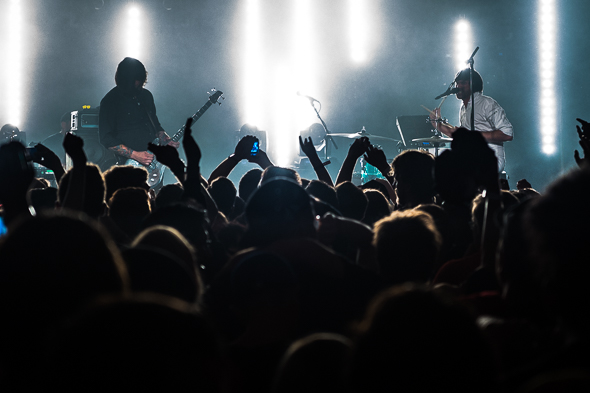 DFA maintained a consistently brutal pace, with their bass and drum attack only pausing for breaks between songs. New song "Right On, Frankenstein" hit especially hard, confirming that their signature intensity hasn't diminished since the roar of You're a Woman, I'm a Machine.

After the set, the crowds' chant of "DFA, DFA" somehow turned into "Tina Fey, Tina Fey" like a giant game of broken telephone. The band came back on to play "Romantic Rights" and the pit was a storm again. Everyone was drenched in sweat by the time we poured out onto Bathurst, overheated but happy. 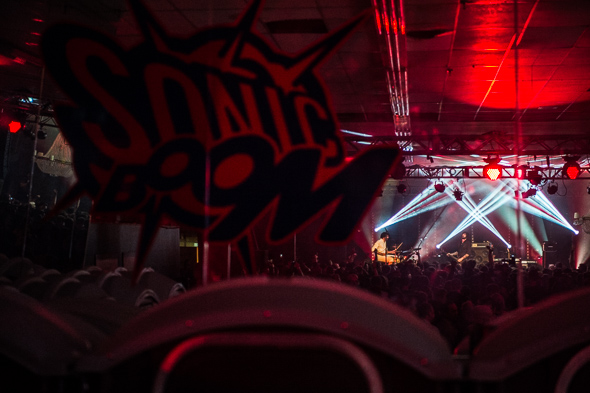 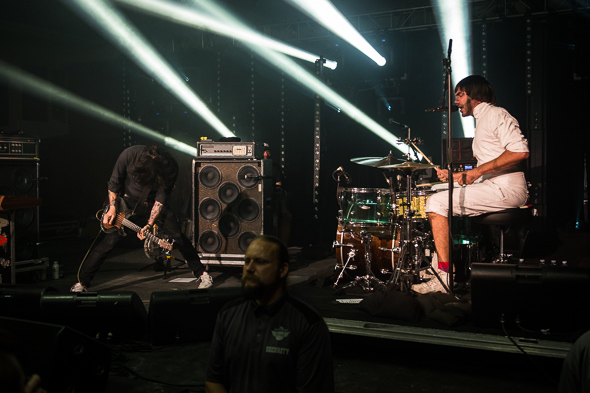 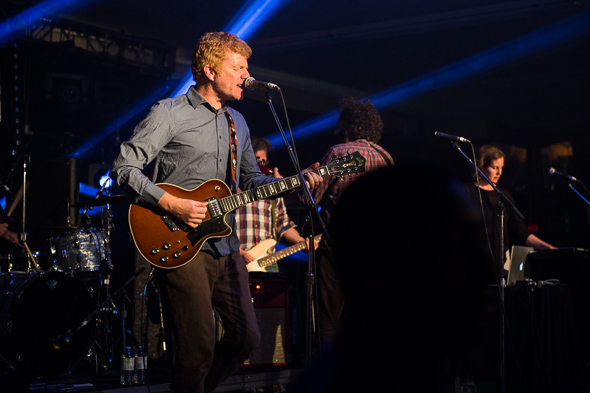 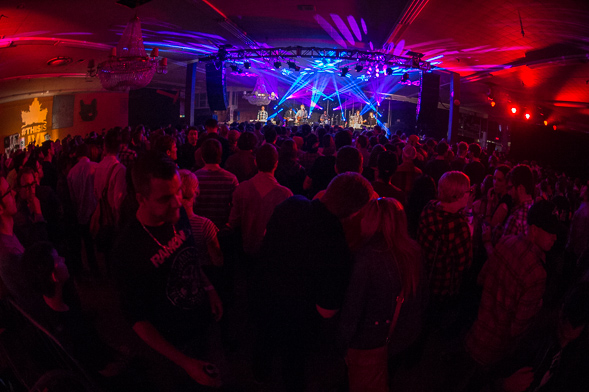