Disclosure live up to the hype at Danforth Music Hall

Yesterday you may have noticed a few hungover folks on public transit - some of whom could thank Disclosure's sell out show at the Danforth Music Hall for their Wednesday morning headache. It was a raucous show, to be sure.

The brotherly 20-somethings, Guy and Howard Lawrence, from Surrey, UK, have shot to fame thanks to their hard work, natural talent and a stable-full of music industry support. Their 2014 Grammy and Brit Award nominations come as sheer common sense thanks to their silky r&b infused house, 2-step, and techno tunes like "White Noise," "Voices," "'Latch," "You & Me (Flume remix)," dominating radio play lists and DJ mixes in 2013, earning three credits in London's legendary DJ EZ Fabric mix #71 even. How's that for a stamp of approval? 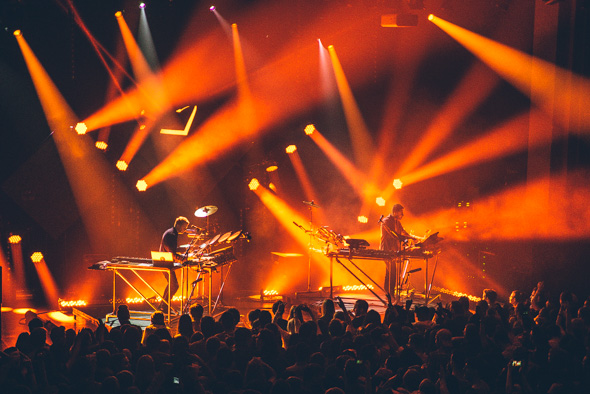 While most think of the brothers as a production duo, they push themselves as a band that happens to make insanely catchy dance hooks. Converting their studio production to a stage event has taken a lot of work but the rewards panned out, with the brothers owning the complex set up of control panels, microphones (they really can sing!), keyboards, drum machines, guitars and synth drums. Guy and Howard zoned into their control panels, brows furrowed, lips pursed in concentration, both fully immersed, deep in their comfort zones.

Well-executed visuals are always a treat. Their signature simple, line drawing face motif appeared prominently on backdrops between songs (at a few points it even sang the lyrics), interspersed with solar flares and supernovas, turning the concert hall into a red Martian landscape while I hoped the spinning honey-combed stage lights didn't trigger any latent epilepsy. 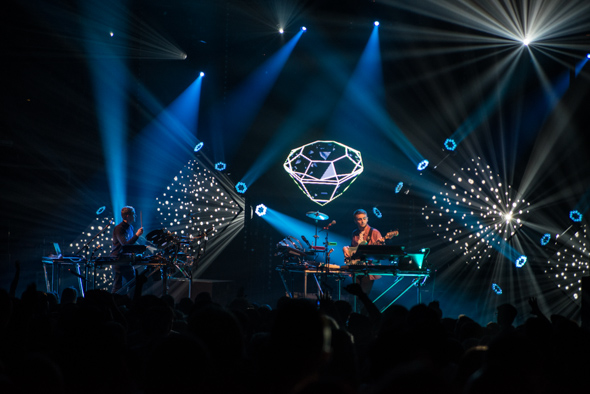 This was also the hottest I'd ever been at the Danforth Music Hall, perhaps due to coat check reaching capacity, or the body heat of the sweaty luvved up masses. The night started off with Settle's strongest tunes: "F For You," followed by the deep and funky Chicago House-inspired tribute, "When A Fire Starts To Burn."

Like any electronic set, there were a few requisite filler tracks to keep the pace going, to remind us that yes, this is indeed a dance party, and they wanted us to cut loose. The crowd was prodded with multiple, big room fodder lines like "LETS GOOOOO!" or "Who knows this one???" Ok, so they aren't the chattiest kids. It's possible they're still finding their footing on stage, but do we not all speak the Queen's English? I was hoping they would take the crowd past hellos and g'byes. 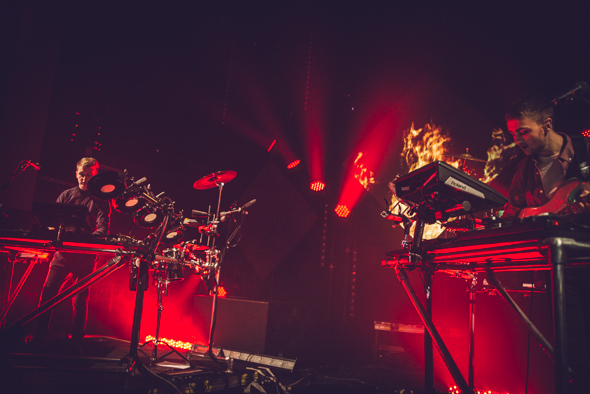 But, all in time, they are still young. Howard seemed beside himself towards the end as he whipped out his cell phone, to record the teaming crowd before him, genuinely beaming from ear to ear. Regardless of the outcome, there will hopefully be many more award nominations on their way. 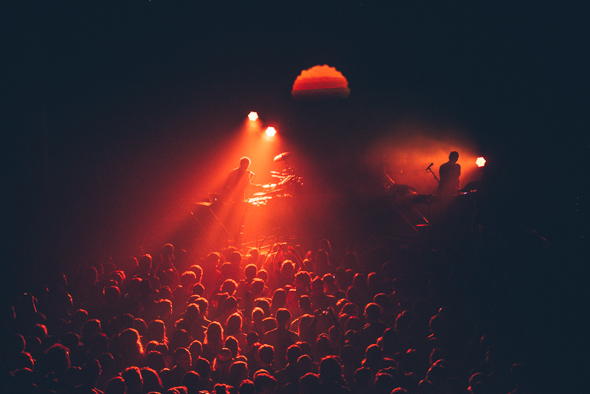 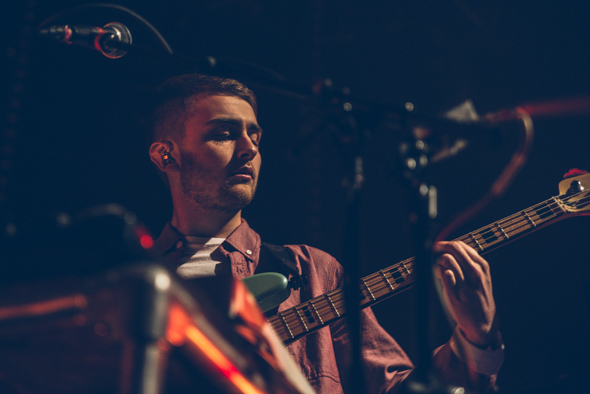 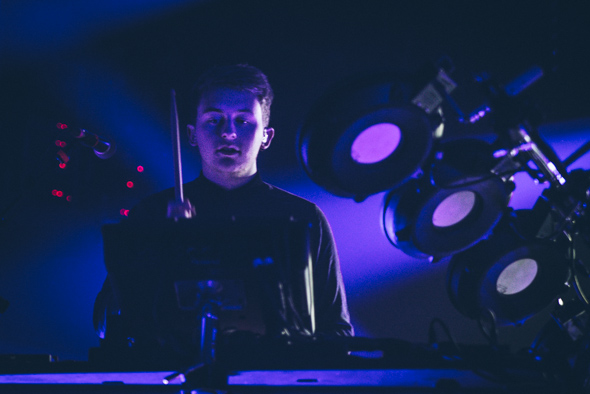 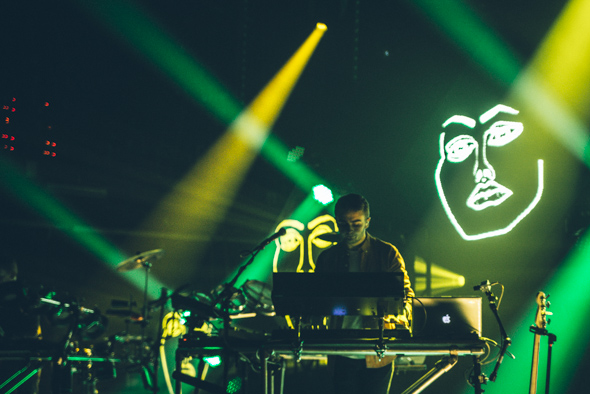 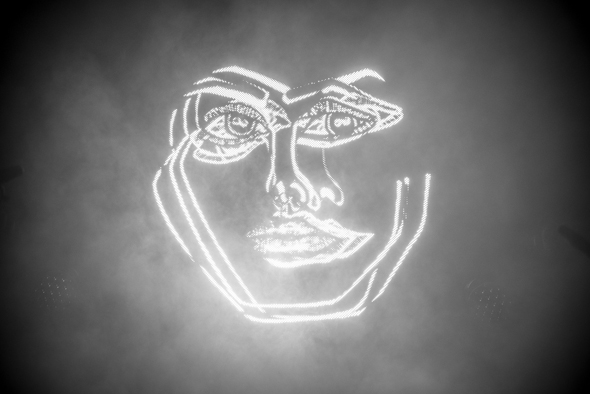