Outside of the venue, packs of teens reorganized the contents of their bags and pockets before getting patted down at the door of the Danforth Music Hall. DJ Spinn got the audience warmed up with a medley of rap music, most of which came out this past year, as fans trickled in. Just before 9 when DJ Spinn announced that Chance the Rapper would be on shortly, the balcony seating was at capacity and the main floor was two thirds full. After a quick Chance chant the lights dimmed, the cell phones lit up, and the room smelled like a big cloud of blunt smoke â the stage was set. 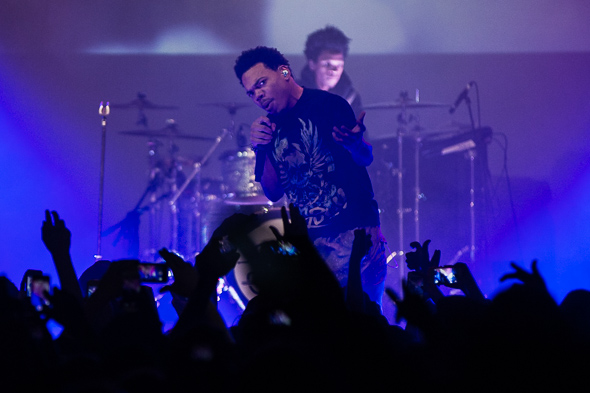 Chance surged on alone greeted by an uproar from excited adolescents. He smashed them with an energetic medley of 2 minute teasers from his tracks "Brain Cells", "Nana", and "Pusha Man". Before "Pusha Man" dropped, he charged up with a quick call and response, which he brought back during the hook, concluding an effective intro sequence. 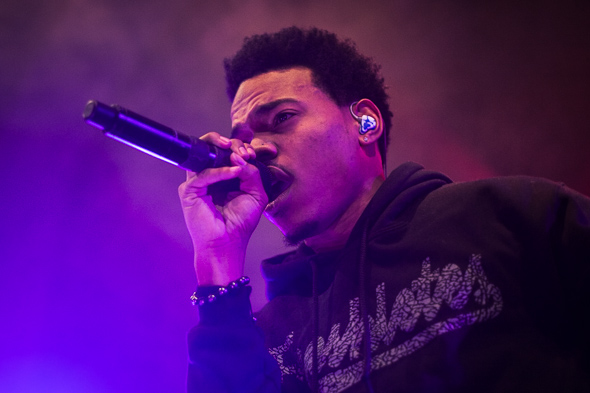 After a few more tracks, before anybody realized how fast time was passing, it was nearing 10 and the full band along with Chance vanished from stage. Eerie cinematic sound effects kept pouring out of the system along with a stream of visuals and the crowd still hadn't heard some of his most popular tracks, so no one bothered with an encore chant. Like clockwork Chance bounced back into frame without his band. With more energy than ever before, he had the venue bouncing in full force to one of his hit singles, "Juice". Before long the band reformed behind him, engaging the audience on a final positive note with "Everything's Good" ending promptly at 10. 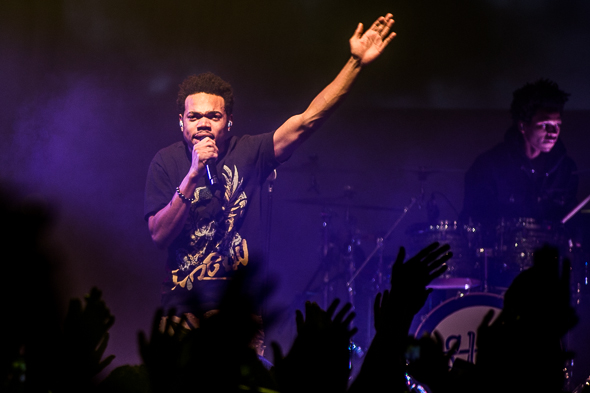 Chance The Rapper's on stage persona is interesting to witness, as he seems to jump between two personalities. At times you get the humble, soft spoken version who slumps around stage nonchalantly with his hands in his pockets, rapping in a tired monotone voice. Then suddenly, as if charged up by the room's energy, his demeanour shifts into a sort of primal mode, often sending him into a captivating urban tap dance routine. All in all the set seemed a bit short, but his body of work isn't extensive, and he left those in attendance satisfied but wanting more. 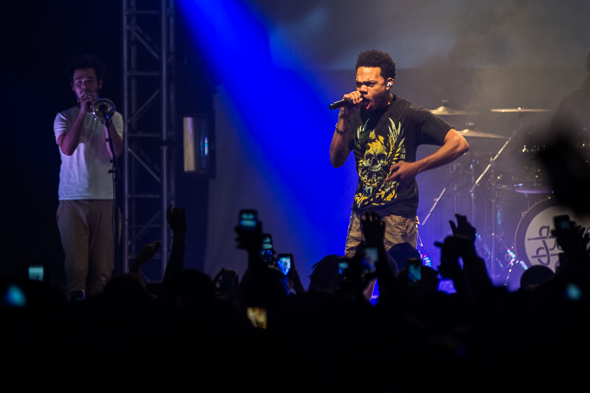 At the ripe age of 20, Chane commanded the stage like a veteran, impressing with his intricate rhyme patterns and swift dance moves. It will be interesting to see what the future holds for this promising new artist and it's safe to say that his Toronto fan base will only grow stronger before he touches down again. 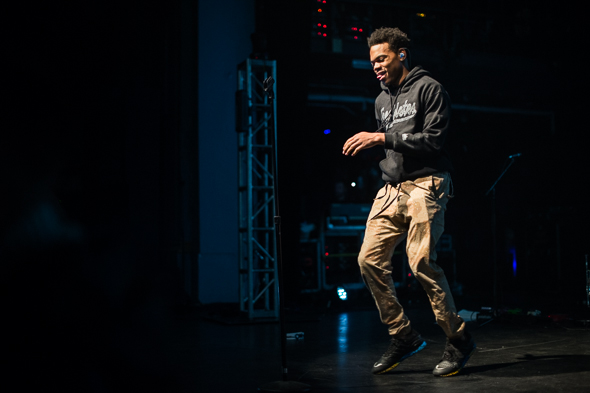 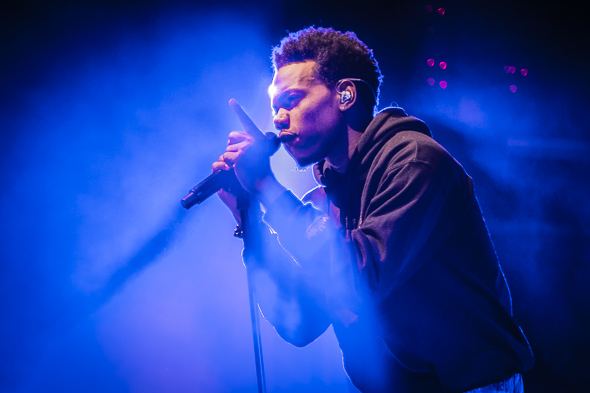 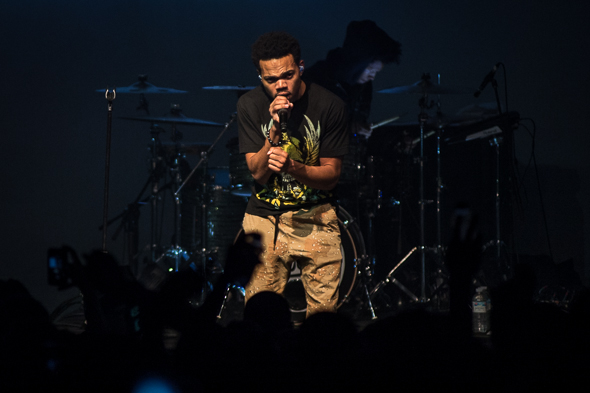