Drake taps Kanye and Diddy for best OVO Fest yet

Amidst the mass holiday weekend exodus from the GTA, Drake's yearly OVO Festival descended once more upon its (now seemingly forever) home at the Molson Amphitheatre. While at this point four years on, no one need be shocked at the scale of the guests Drake calls in for the event, the way in which he keeps these loaded guest appearances anchored around his own star power is what keeps the surprises fresh. This year's edition was no exception. 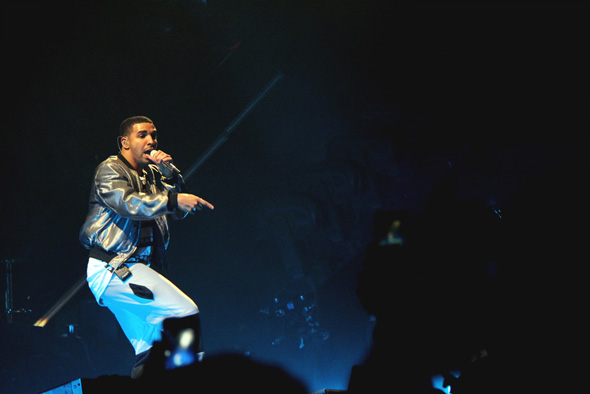 The limitless production values were obvious from the get go, with a stage-encompassing lighting rig looking straight out of Blade Runner for backdrop as the sounds of a booming storm blared over the PA, introducing our emcee for the evening. A endlessly energetic "Headlines" got the show started, Drake's sheer charisma rendering the crowd rapt as he bounded across the stage. The next two and a half hours would serve as a veritable who's who of contemporary hip-hop, as Drizzy & Co. brought out all the stops to ensure more than a few tears were shed (at least for many in my vicinity) and lifetime memories made. 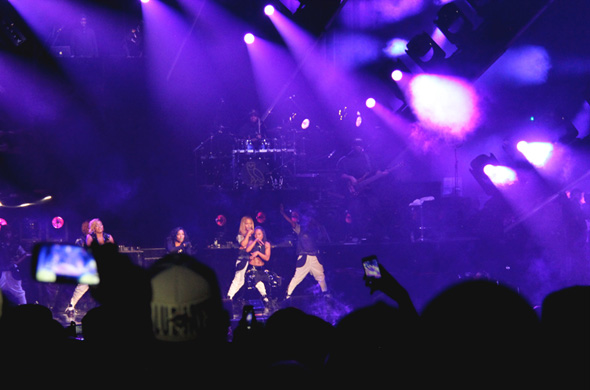 Despite the volume at the Amp approaching tinnitus-inspiring levels, it says something about how hyped the crowd was when their collective cheers often drowned out the performers. This happened on more than one occasion: Drake's announcing the arrival of "the legendary TLC" after singing a verse of "I Get Lonely Too" was met with rabid cheers and a whole lot of disbelief. Sure enough, the surviving duo of T-Boz and Chilli came out for a three-song mini-set. Realizing the significance of the moment, Drake lingered next to his DJ, watching the events unfold.

Other guest appearances provoked a similar reaction, in particular fellow Torontonian Abel Tesfaye's early showing on "Crew Love" (squashing any rumours of beef between Drake and the Weeknd). After pointing out exactly where he was sitting for his very first concert ever (if you're curious: he had good seats), Drake announced that instead of simply explaining the details, he could "make a couple phone calls to recreate the show." 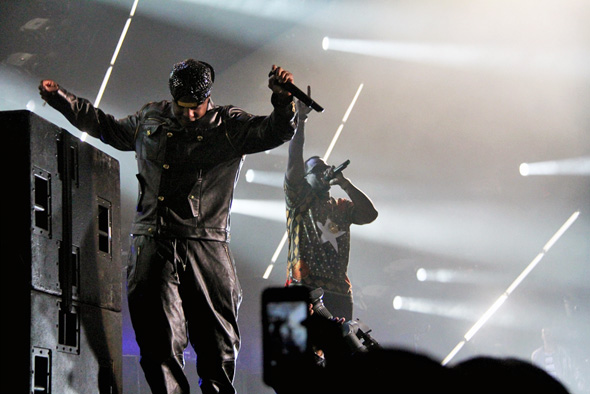 Out came Diddy (or the artist formerly known as Puff Daddy or P. Diddy, depending on the day) to the strains of "Victory," laying waste to the few skeptics still left in the room. A subsequent appearance by Mase left Biggie's ghost the only absentee from this Bad Boy reunion (and really, the only possible idea left for upping this in OVO '14). Following this, an A$AP Rocky-assisted medley of "Fuckin Problem," "Goldie" and "Wild for the Night" took the energy even higher, leaving the packed crowd screaming for more.

And more they got, as the lights dimmed and Drake spit a tweaked version of Kanye's second verse to "Diamonds from Sierra Leone." The chaotic intro beat of "New Slaves" kicked in, and out came Yeezy himself, free of abominable snowman mask but with enough earth-shattering bravado to end the show right there and then. 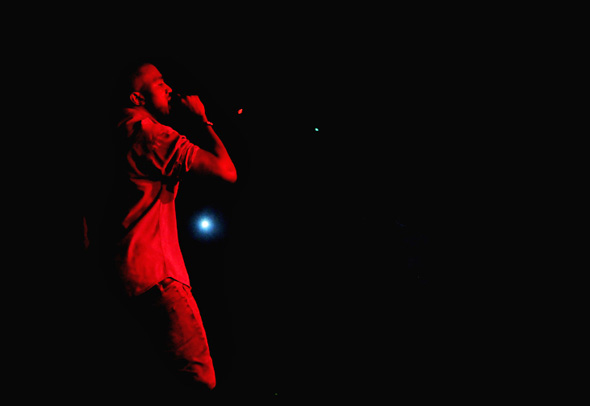 Ye's showcase was high on the quality over quantity mindset, with a total of maybe ten minutes onstage to blast through truncated renditions of "All of the Lights" and "Can't Tell Me Nothing." Lil Wayne's introduction a minute later sustained the energy, but one can't help but with Kanye had stuck around for a run through of "Barry Bonds"... but to ask for more after the spectacle that had already been staged would just be greedy. 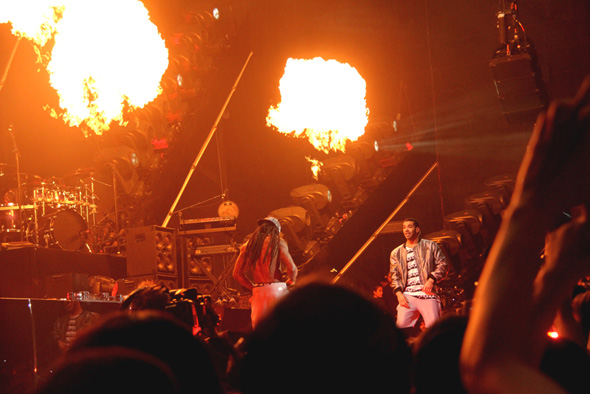 While it's possible to be taken aback by the cognitive dissonance inspired by a track like "Started from the Bottom," what with Drizzy's high profile Forest Hill upbringing, it's important to realize that the kid who played Jimmy from Degrassi is now being lauded by moguls with the stature of Kanye as an "inspiration" (specifically towards Jay Z collab Watch the Throne). 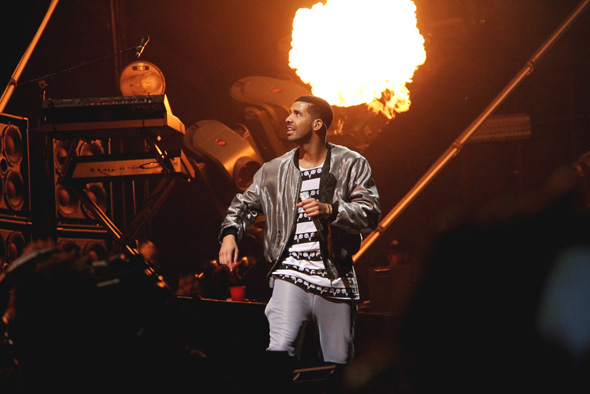 That's why, after all the star-studded guest appearances, Drake brought the show home all by himself, with a solo performance of his verse from Migos' "Versace", as well as his own "No New Friends" and the "new national anthem" "Started from the Bottom." Throwing in one final shout out to the city with "maybe I say this too much, but I love this city more than anything in the world," the wild reaction from the crowd showed that Drizzy hasn't yet overstayed his welcome. And with this sort of company, he's unlikely to anytime soon. 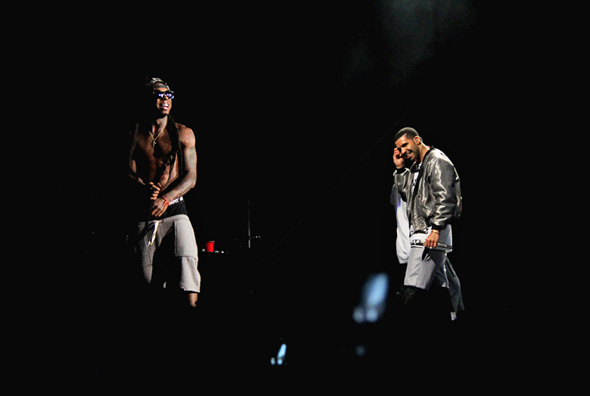 Best OH at OVO: Girl wearing an OVOXO sweater in 25 degree heat waits for an hour and a half in the will call line. Gets to the front and says to the attendant that she just met Drake and that he left her two tickets at the booth. As you can guess, she left slightly disappointed.