A spellbound crowd traveled back in time as the high priestess of grunge presided over the Danforth Music Hall on Saturday. She stepped onto the stage in a Victorian pirate's costume, the ember of a cigarette visible through the dimmed lights. The crowd cheered for her, but it was more a cry of witchy worship than the excited sounds of nighttime revelers. 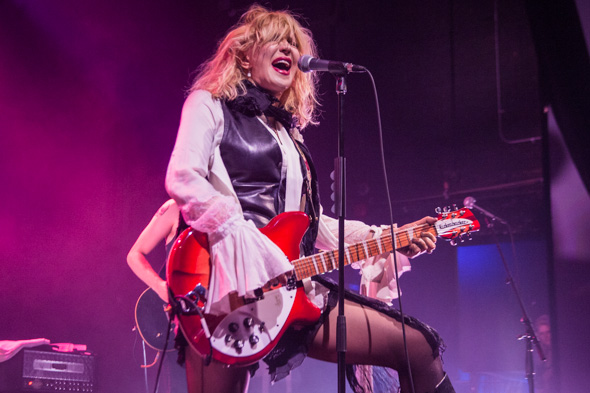 More than ever, Courtney Love has the air of a woman who knows who she is and what she wants. She still has the same Occult-ish hand movements she was recognized for 15 years ago, but she's lived through a hell of a lot more pain and sorrow, and it comes through. The third song in, just as I was marvelling at how great she sounded despite the mountains of cigarettes she's smoked over the years, she said, "Mama needs some nicotine," and proceeded to chain smoke throughout the entire show. 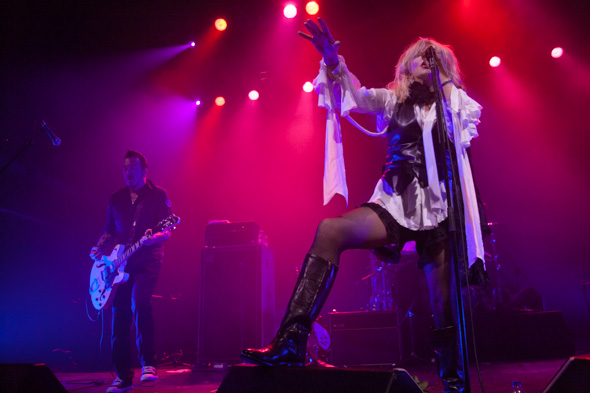 Nicotine wasn't the only thing Love made pause for: small quantities of tequila were demanded a few times, as well, like bits of nectar to an especially mischievous fairy. To say her voice is 'raspy' would be a tragic understatement, but the raw sound of it transported everyone at the Music Hall straight back to the '90s. 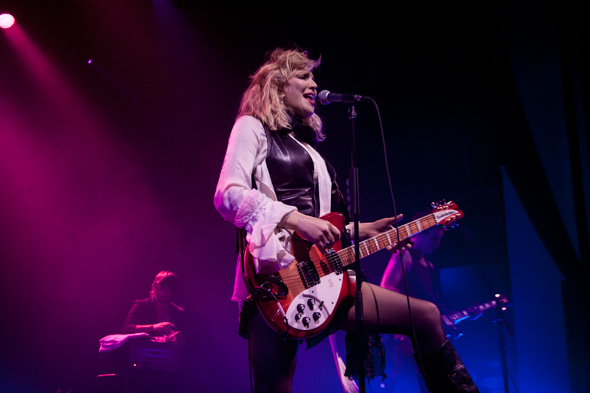 One of the highlights, in my view, was undoubtedly Celebrity Skin. The room was full of '90s babies, more than one of whom showed up to pay their respects to Courtney wearing just a bra. Though the room was a bit somber, even for Toronto, everyone rocked the fuck out for that song. It spoke as an anthem to me, at least. I mean, "When I wake up/in my makeup/it's too early for that dress," pretty much sums up the character of a generation whose members do whatever they please, and with an air of complete religiosity. 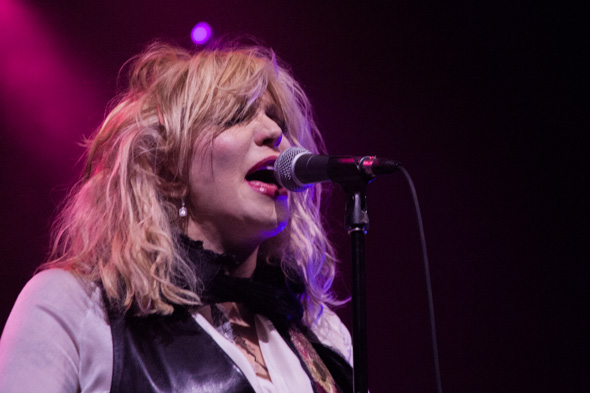 Love is our queen of no-fucks-given. Case in point: when she came out for an encore, she was wearing what looked like a shower cap. And she hung a pair of underwear and a bra off of the microphone as though proudly displaying the results of a scalping. 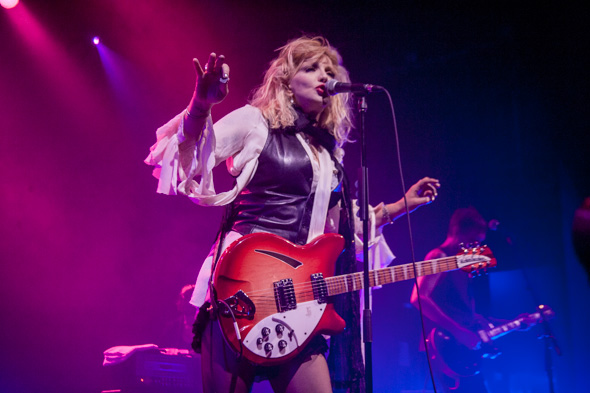 Love has a reputation for being unequivocally nuts. The freakiness started to show when she cursed us all in the form of "Skinny Little Bitch," from Hole's most recent (and final) album Nobody's Daughter. There was some real hatred and more than a twinge of the unhinged about it. Yes, I acknowledge that, to many, she seems, and has always seemed, 'crazy.' Writers in the likes of Vanity Fair and Pitchfork, blessed with the privilege of hiding behind the scenes, write the most scathing remarks of her. 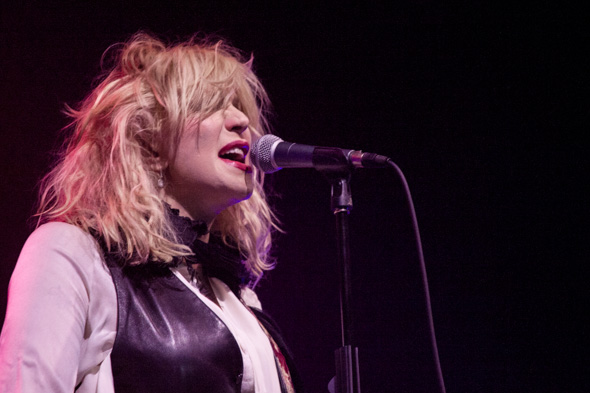 Despite Love's powerful voice and the incredible show she put on, there was a distinct air of melancholy about it all, as could be expected. She did a blues cover for us, one she called her "favourite drugs song," and at the end, she told us "I've earned the right to sing the blues." She chose Dying as one of her closing songs, and after that, the lighters came out. It felt like a funeral at the end, and I wasn't the only one in the crowd who could sense that energy. 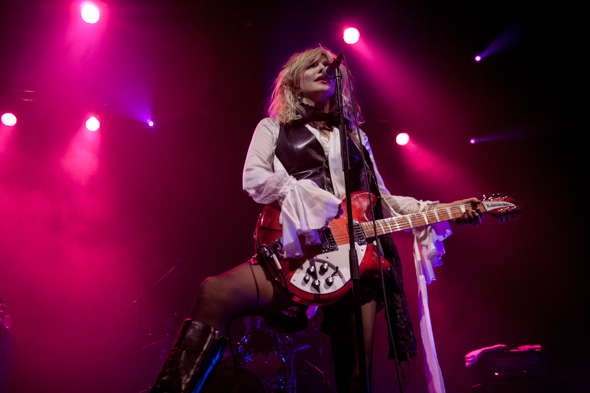 To me, and to others who have adored her, Courtney Love is just doing what we all tell children in primary school to do. Be yourself. Very few of us subscribe to this notion, but Love does so, unabashedly. And for that, she should be looked to as an inspiration. Shrouded in a cloud of smoke and sprinkling red rose petals over her audience, Love transmitted some of her bravery to us. 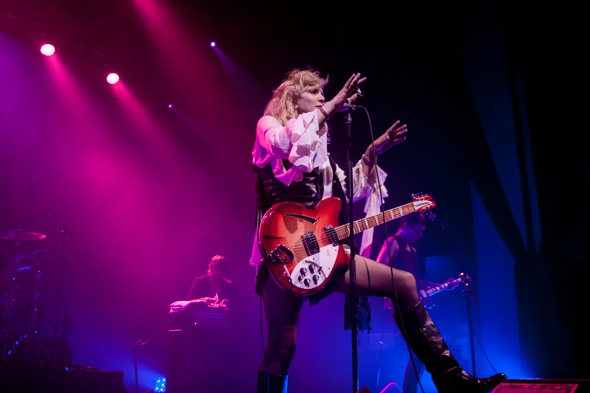 The crowd left a little quiet, like they would never be quite the same.