The Wavelength Festival and series has always made a point of showcasing the best and most innovative upcoming artists that can be found, and the acts at last night's Festival showcase proved that still holds true. I headed to The Great Hall last night to check out the second night of Wavelength, now in its 13th year.

Opening the show were Toronto pre-supergroup Thighs. I know, dear reader &mdash: who are they? — but how could members of Odonis Odonis, Pants & Tie, and Danger Bay be anything less than a supergroup, with a gut-punch of noise and punk from their self-titled EP.

Blonde Elvis followed with sounds like an AM radio playing two stations at once in a garage; a skein of noise over some very agile retro pop kept this set interesting for me, but the massive amounts of fuzz on the guitar made the vocals tricky to discern at points. 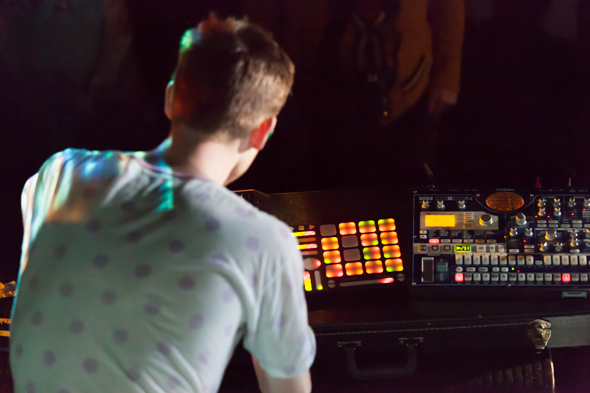 Blue Hawaii were up next, and played a standout set of beautiful experimental pop. Vocalist Raphaelle Standell-Preston (who also sings in Braids) delivered seeming endlessly looped harmonies of vocals over drones, drums and sometimes jarring samples. Blue Hawaii just released a new record; Untogether is out on Arbutus Records, and is well worth picking up.

Montreal-by-way-of-Edmonton rapper Cadence Weapon came out with a furious rendition of his new single "Hype Man." He delivered by far the most polished performance of the night. Cadence Weapon's set drew from his three albums, tracks like "Black Hand" worn smooth from constant practice and performance. 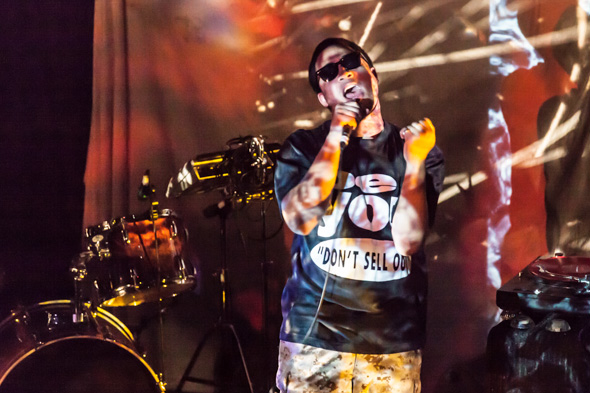 "I played Wavelength probably the second time I played Toronto," he remarked. "There were upwards of 8eight people there..." Needless to say, that's a big change from the packed rooms I've seen him play over the last two or three years. 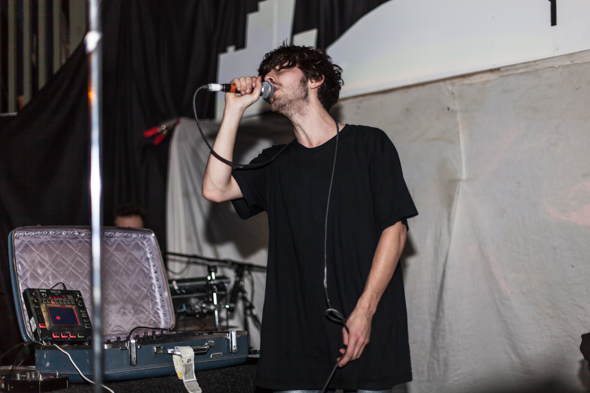 Headliner Doldrums (Eric Woodhead) was celebrating the release of his record Lesser Evil and took the stage with three backing musicians, including his brother Daniel (who you may know from Moon King.) It was an inscrutably long soundcheck, including a break so that Daniel could go pee — seriously — but the audience really didn't seem to mind. The minute Doldrums took the stage the crowd amped right up, cranking around the floor like madmen (and -women.) 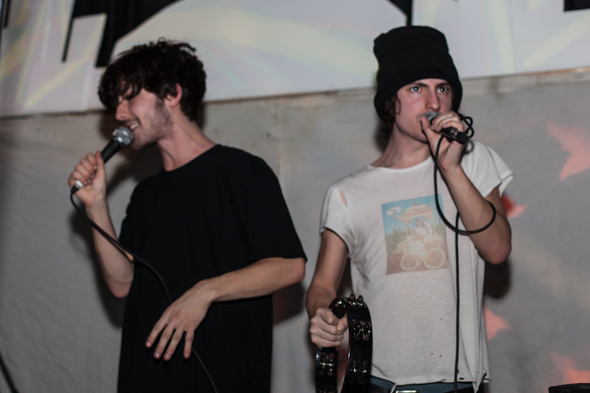 The wailing hook of "Egypt" really showcased Woodhead's voice, and the super-tight vocal layering they were able to achieve with Daniel behind him was quite unique for a live performance. During the last song, Eric even began twirling the mic around his head in a Daltry-esque fashion. Check out the massive, almost-wordless chorus of "Anomaly" below.

The event was DJ'd by Silent Shout co-curator and gadabout ARP 2600, a fixture in Toronto's burgeoning (or has it burgeoned?) retro-electro scene. The Silent Shout collective co-presented the evening as well as the after party at Double Double Land.

Apart from a few scheduling difficulties — seriously, go pee before you go onstage — the second night of the 13th annual Wavelength Festival was a great evening of performances. But it's by no means the last; there's plenty of Wavelength Festival events taking place this weekend. Check out any of these below: 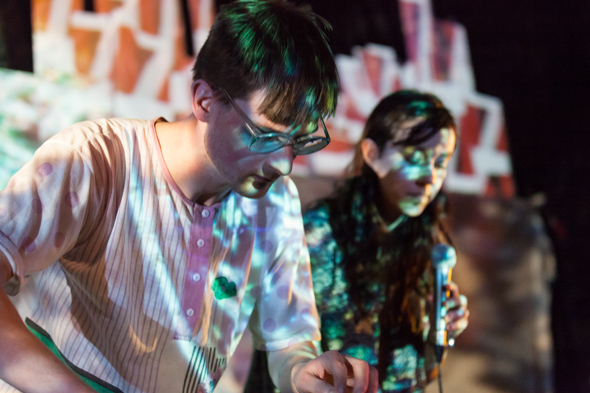 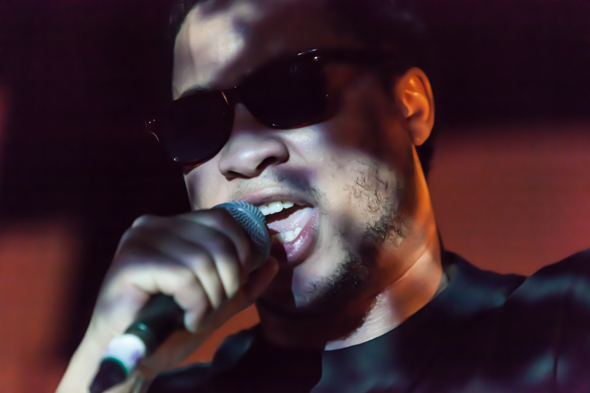 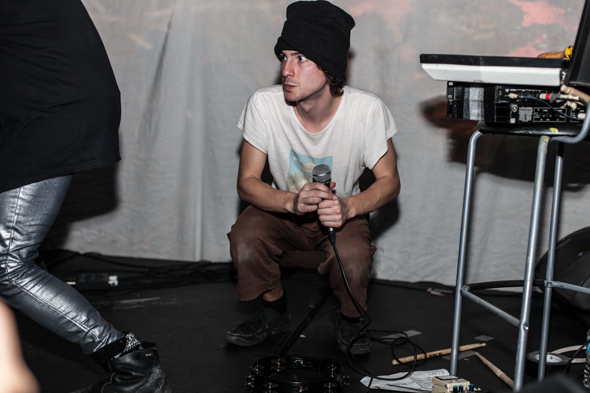 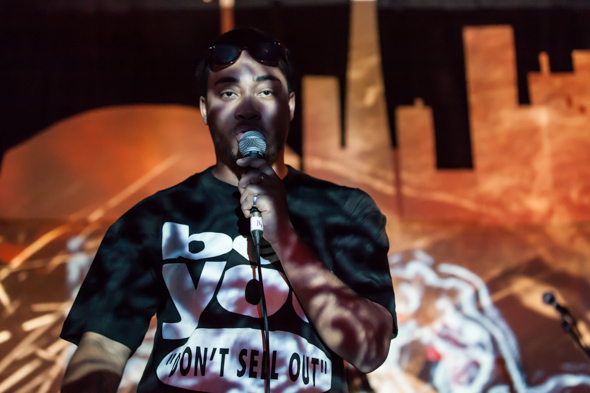