The summer concert series at Echo Beach was extended last night with a surprise visit from English songwriting superstar Ed Sheeran. Sheeran was originally slated to play at Kool Haus, and the venue change was a welcome change: as long as the air is warm enough, Echo Beach is the choice venue, especially for down-tempo, lyrical artists such as Ed Sheeran. 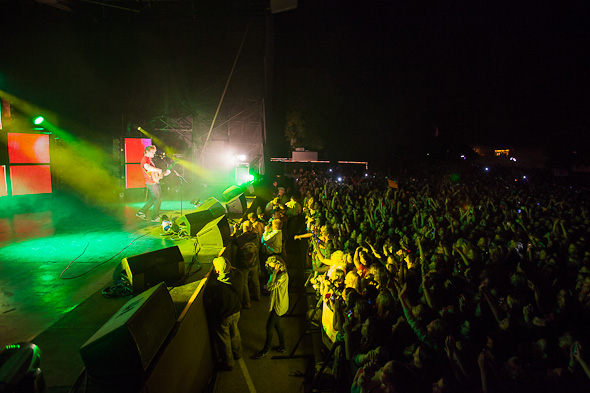 If the venue upgrade is any indication, Ed Sheeran's popularity in North America is staggering. As soon as the opening act, Xavier Rudd-influenced singer, Passenger, left the stage, Sheeran's fans began chanting "We want Ed! We want Ed!"

His last show in Toronto was nearly three years ago - a 2:00 a.m. set time during which he played to a small crowd of 30 people who happened to stay at the bar late enough to catch him. 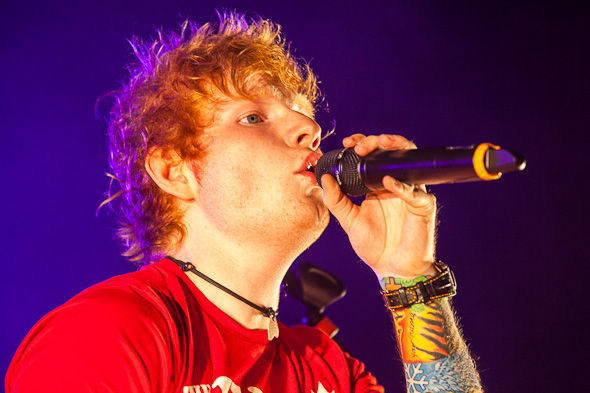 Fast forward a few short years to last night when he played to thousands. Although the crowd was large, the setting retained a degree of intimacy: just Sheeran, his guitar, and a half dozen low-hanging spotlights possessed the stage. The crowd of fans obediently served as Sheeran's back-up gospel choir.

From hits like "Drunk" and "Lego House" to jazzy covers of Nina Simone's "Be My Husband," Sheeran kept the fans entertained with the music and his stories. Between songs, he reminisced on snippets from his past, introducing each song as though it were a micro memoir.

During "This," in an attempt to get people "loved up," Sheeran instructed each fan to sway with a stranger, hug a neighbour, and stare lovingly into their partners' eyes while singing to them. He described much of his set as sappy-ass love songs for those who need to nibble ears--whatever that means. 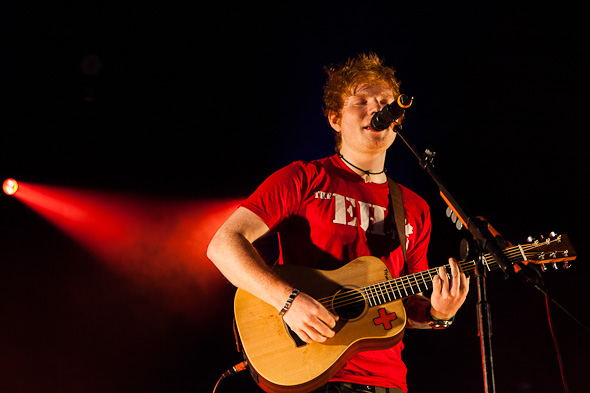 Groups of friends sat on blankets strewn across the beach as Sheeran sang "Kiss Me" - a song he wrote for his newlywed godparents. With the CN Tower's light show twinkling in the background, everyone clapped and sang along to the song inspired by the serendipitous relationship.

Overall, the atmosphere felt like a guilty-pleasure romantic comedy - one that everyone loves, even if they can't admit it. 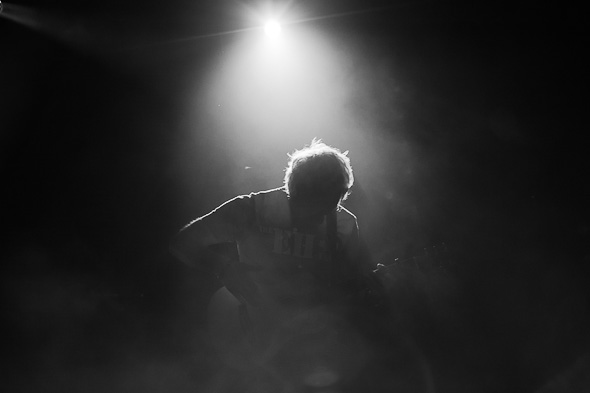