Get to know a DJ: Marko Orlic

Everybody's a blogger and a DJ nowadays, and Marko Orlic's cool with that. Three-fourths Serbian and one-fourth Croatian, "a civil war in a human being," as he says, Orlic's the kind of guy who will go off on tangents, dial back, and then overreach again, always anxious to get his point across accurately. He thrives on collaboration and conversation and he's gifted at both.

His foray into deejaying came about serendipitously, a happy accident that resulted from working with Toronto-based trailblazer DJ Nana, and the experience left him square in the middle of a field that combines his two great loves: music and people. Both music and movies are fodder for his blog, recordinglivefromsomewhere.com.

I recently chatted with him about everything from Wes Anderson to remix culture to Tyler, The Creator to the lost art of the poster. Railing off hip hop references without the slightest trace of music-snob ego, he's renewed my faith in music types.

How did you start deejaying?

My friend Daniel Reed could drop all of these rap references and I'd be like, "Weren't you, like, seven then?" Eventually he convinced me that there was better music out there than what I was listening to at the time. That's when I started tuning in to the kind of music I'd be deejaying. Later I ended up working with DJ Nana, witnessing how incredible he is. Finally, my friends Patrick Mcguire and James Rathbone were having the White Girl party at 751. They gave me a Friday night and it went really well. Now I do a night at the Crawford every third Friday of the month for about a year now.

An important part of my vision is branding. I want to create an atmosphere. So many show posters lack artistry, so my friend Alex Sheriff designs all my posters and people lose their minds for them. That's what art should be: collaboration through friendship. It speaks to why I gravitate towards hip hop. There's the collaboration between artists, but also with producers and DJs. They're willing to sacrifice ego (mostly) in order to put out the best possible product.

How has your background influenced your deejaying and your approach to music?

I'm from the former Yugoslavia, born in Sarajevo, Bosnia. I came here in '94 with my mom. Obviously rap originated in the African-American community, coming from Eastern Europe I don't think I'd seen a black person before I came to Canada. I immediately connected to the "other" because I was an immigrant. I've gotten into indie and classic rock as time has gone on, but it wasn't the first thing to hit me. It was that passion, it was the hunger in hip hop.

In what ways did post-secondary education reframe the way you listen to and think about music?

Every Serbian kid goes to school for engineering or business, and I went to school for English. Of course, deejaying is not English class, but they share something similar: they're very open-ended. Something that's different from that 9-5, or if you're doing business or engineering, 9-12 and beyond. When I started deejaying, it wasn't meant to be my career path. But throwing up a string of 5 songs that people lose their minds to, especially if they're songs that people maybe aren't familiar with, is priceless.

Is that what you believe to be the art of deejaying? Exposing people to new music?

That's my goal. There are two sides to deejaying, there's turntablism and there's taste. I'll tell you right away that technical skills were never a priority for me. But taste you can't teach. I wake up in the morning and am so excited about finding out what new stuff I can put my friends on to. It's just the way I prioritize the field.

Do you think that desperation for newness is the result of the social media generation you're a part of?

Oh god, yes. Everything's so quick now, a rapid-fire pace. It's the best time ever to be a fan of music. You can listen to anything you want, from any time...it's out there. 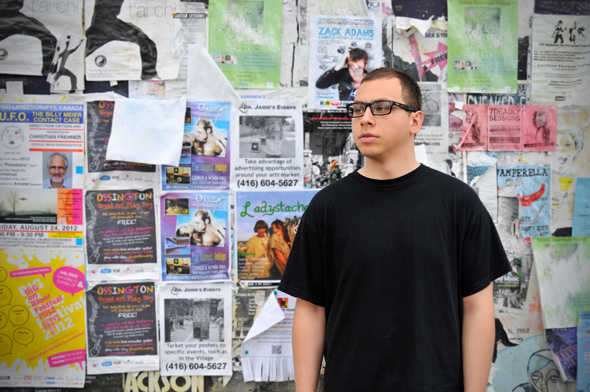 What about music blogs that essentially teach their readers taste?

My blog is supposed to be an antidote to that. I have problems with Pitchfork. I'd be lying if I said they aren't the Rolling Stone of our generation, but you can't let them control your taste. Joey Badass' "Survival Tactics" was recently a Best New Track. That song came out like 6-8 months ago, you can say it's new to you but you can't label it a best new track. They're very condescending when it comes to hip hop reviews. They don't like it because it's good; they like it because it's ironic. It's kind of racist. Of course, music is not a visual medium, it's hard to write about, and they typically do it well. I just wish they knew what they were talking about more with hip hop.

What relationship do you draw between moving images and music?

The reason I love film so much is because it encompasses some of the greatest mediums in art. Wes Anderson plays the most unexpected soundclips with unlikely framing and aesthetics. I think that he lacks soul in a lot of ways though...he's style over substances a lot of the time. In the Mood for Love is the best ever multi-sensual experience I've ever had. A two-hour moving painting accompanied by the most incredible music. I love the use of Cranberries' "California Dreamin'" in Chungking Express. I love Wong Kar Wai's use of song motifs. You feel for the characters through the songs and the lyrics.

DJs can be considered an integral part of remix culture as a whole. What, if any, responsibility does that give them?

I can't say I'm much of a fan when it comes to hip hop remixing. Hip hop is so good as is; it's too sacred to touch. In terms of a socio-economic, political slant to my deejaying: it's very difficult to do that in a club. "Reagan" is a perfect example of a track like that, schooling a whole generation on an era of history that it missed. With hip hop in Toronto, when there are so many people coming from the suburbs, they want to hear something that's popular.

What, if anything, is the problem with hip hop today?

The album is almost dead. You listen to new music for a month, unless you're a very good artist who has a sense for crafting an album, like a Kanye West or a Drake...guys who are also executive producers of their albums. Drake is so misunderstood: he's not the "hardest," he caters to the popular demographic. But if his latest record shows anything, he knows how to craft an album. Even in So Far Gone, he cared to put out a whole product. It was not only a coming out party for Toronto and Toronto hip hop, but also for the mixtape. That's now how the Kendricks and the Big K.R.I.T.s and come up now.

Are you a fan of the direction in which Toronto hip hop/R&B is going?

Drake is not my favourite MC, but I'm a fan. He's perfected his brand of pop. I think The Weeknd reached new heights on House of Balloons. When that came out, I thought to myself, "This is like mixing The Dream with Portishead with all this 4AM sleaze!" His next two mixtapes were hit and miss. I'm a huge fan of TFHOUSE, who's got his self-produced mixtape Superior Taste. Toronto's proud of itself, for once. Typically everyone's so salty, not wanting to give anyone else a chance. Which, of course, is understandable because Toronto's had some of the most mind-bogglingly terrible openers. 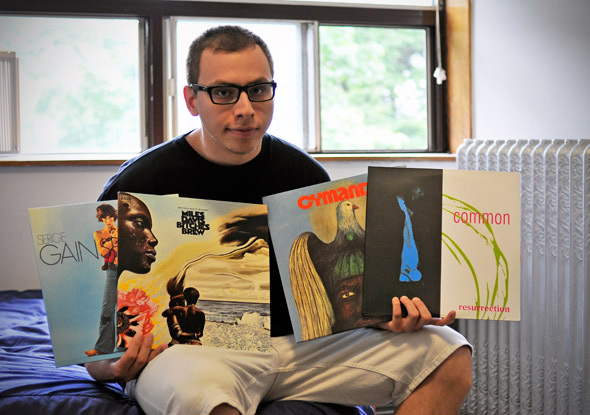 Everybody's seems to be a model, a blogger, or a DJ. What are your thoughts on that?

That's the way I started: I had no right to be doing it. But I've heard every rap album that's been out for seven years in a row. I had the pedigree. It doesn't matter that there are a lot of DJs; there aren't a lot of good DJs. At times I'm definitely embarrassed because it's such a busy field. But what's wrong with spreading music and having fun? I didn't even know you got paid for deejaying. You get paid for free drinks, playing the music you want for a full night?! I couldn't believe it. If you're in it for the right reasons, it doesn't matter how many people are doing it.

What's a misconception about 20-somethings these days?

That we're not driven. We're moving out later, getting married later, having kids later, starting careers later. But careers have changed, especially for artists. We're living with technology that simply didn't exist before. It's overwhelming and it takes a while to harness what you want to do with it. People misunderstand the idea of being open for not being driven. Maybe there are less typical careers, but living in the worst economic climate since the Great Depression invites an inventive approach to careers. A real adult would look at what I'm saying and be like "This kid is an idiot." That might be true too. I just don't want to do something that'll make me miserable.

East side or west side? East side.

Favourite music video? "Bird on a Wire" by RiFF RaFF and Action Bronson (also my favourite song of the year).

Best live show you've ever been to? Two-way tie: The Roots during the Game Theory tour, when they were backed by a brass band from New Orleans, and seeing Tribe at Kool Haus when they were in Toronto for the first time in 10 years.