It's not often enough that I get the chance to see local talent really shine. So many great artists call Toronto their home, and there's no shortage of new musical phenoms playing at local bars and clubs near you (see the post on the top Toronto bands at NXNE, featured in June, for proof).

Case in point: Eriksen. Made up of singer/songwriter/guitarist Erik Jorgensen and, occasionally, bandmates Liam Montgomery on bass and Dan Barsi on drums, Eriksen emerged from Ottawa way back when but Jorgensen calls Toronto home. And last night, he did his hometown proud at Kensington Market's little darling Supermarket.

Featured at Canadian Music Week the last two years, Eriksen has gained traction with local audiences for his self-proclaimed, and aptly categorized, acoustic rock/folk tunes with catchy pop hooks. His song Slow Motion, for instance, represents both his highly developed acoustic talents as well as his song writing prowess:

"Seems like everybody's found their place, and I'm still searching. I want to be broken, just to be built again." 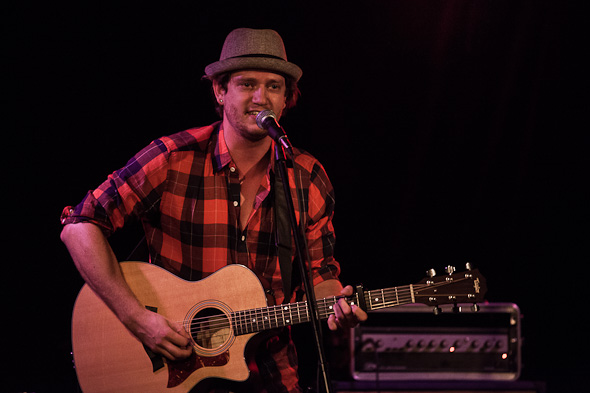 With lyrics like that, it's no surprise that he lists artists like City and Colour, Elliott Smith, and the Fray among his influences. If Eriksen were to be featured on a movie soundtrack, it'd be one similar to the oh-so-popular and carefully assembled Garden State.

Last night, he was surrounded by an intimate crowd of cool kids, who surprisingly weren't afraid to show a little love, as the applause grew louder after each song he played. I wouldn't be surprised if each audience member walked out sporting some of the band's merch the response was so warm. 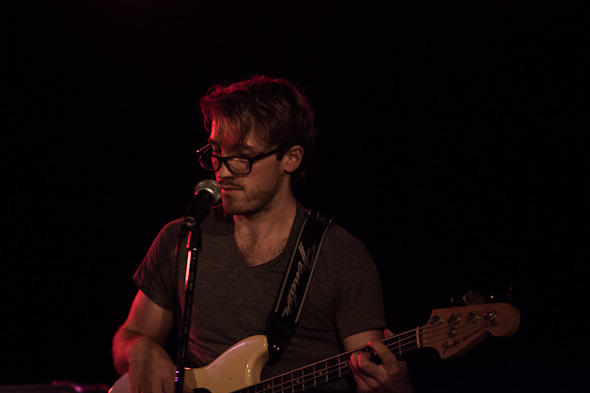 It was a short but sweet set, highlighted by one of his strongest songwriting efforts, "Fisherman at Sea," which pairs a poppy melody with typically brooding lyrics. "A burden without warning is a never-ending hell. Its just something us fishermen know all too well."

It's always exciting to find up-and-coming local bands, and I'd say Eriksen remains something of a hidden gem. At least for now â it's hard not to expect that the big break is around the corner. Download his (free) EP here.