Wale watching at the Phoenix

Wale has had a big year. The Washington D.C. rapper known for his underground mixtape projects has signed on to Rick Ross' Maybach Music Group under the Warner umbrella, put out his second LP Ambition, started his own label himself called The Board Administration and even made an appearance backed by The Roots on Late Night With Jimmy Fallon. So you could imagine all the media hype and high expectations for his 3-month Ambition Tour, which included Toronto as a stop.

This past Friday at The Phoenix Concert Theatre, the night seemed long. A host of mediocre opening acts including S Dizzy, Jigz the Flyer and Ronny Orleans served more as hype men than rappers, as each separate performance simply melded into one. 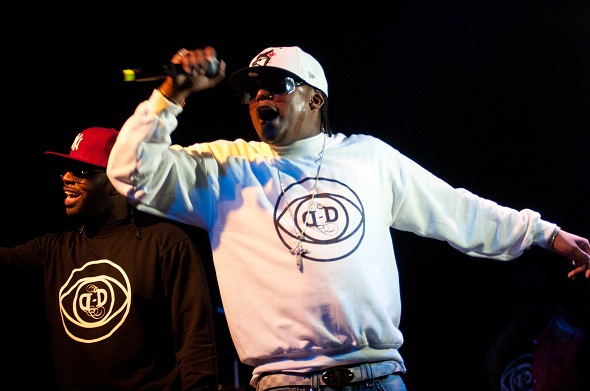 The energy levels of the crowd were unexpectedly low and the in-between MC bought time before Wale's set in attempts to hype up the half-filled venue. What to do when the crowd was more interested in their smartphones than the rappers on stage? Give away a Louis Vuitton bag to girls who would scream the loudest. That died down fast. What's next? Play some Drake and Jay-Z/Kanye. DJ Wristpect seemed to get more of a crowd response playing top 40 hip-hop jams in between opener sets than the actual openers themselves.
The string of pre-pre-Wale performances and DJs lasted close to two hours making restless fans wonder: Is Wale even in the building?

Finally, 11:45 p.m. rolled around and the poor MC was saved by Wale's entrance. All was forgiven as more screams, booty pops and ear rattling bass drops made others forget the prolonged wait. 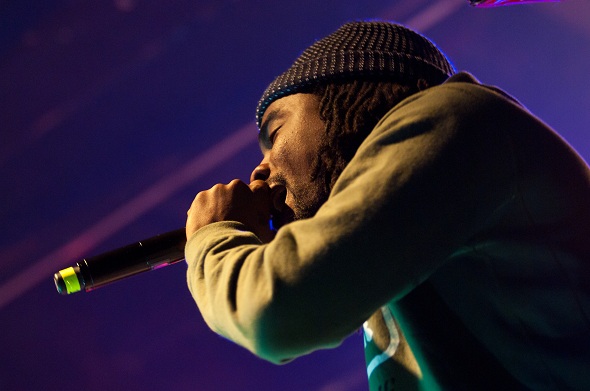 Wale blitzed through songs, offering an equal mix of old jams from his first studio album Attention Deficit and some from the new, despite the fact the tour was slated as Ambition. Sexy R&B slow jams like "That Way" weaved into more playful tracks like "90210." Wale managed to hold his own sans entourage, acknowledging the sea of hands in the crowd and asking "What's your name?" to chosen fans.

Midway through, he asked permission to play an "old" one as samples of Steam's "Na Na Hey Hey Kiss Him Goodbye" and Lady Gaga vocals chimed in for "Chillin." Booty pops galore. 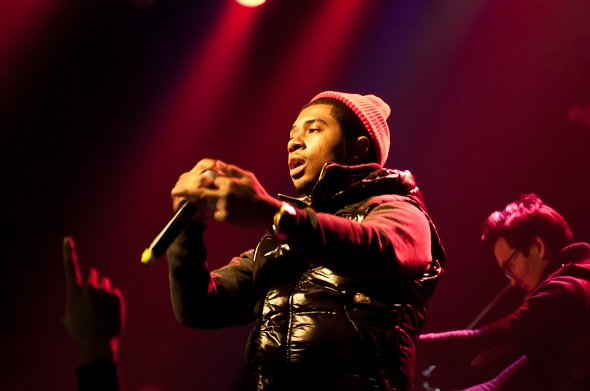 An abrupt ending led to "Break Up Song" followed by a soulful a capella of Wale's hit "Lotus Flower Bomb" from his R&B crooner sidekick. Dedicated fans sang along.
As an artist heavy on big name collaborations, there were no signs of guest appearances from Miguel, J. Cole or Big Sean - just a really good vocal doppelganger that stood by Wale's side onstage. A snippet of the Diplo-produced "Slight Work" broke the pretty vocals only to end the show with the sweet-sounding xylophone march of Diary.

Wale's set was all too brief but he did the job. Though his fans approved, the Ambition tour didn't quite meet the hype surrounding it. 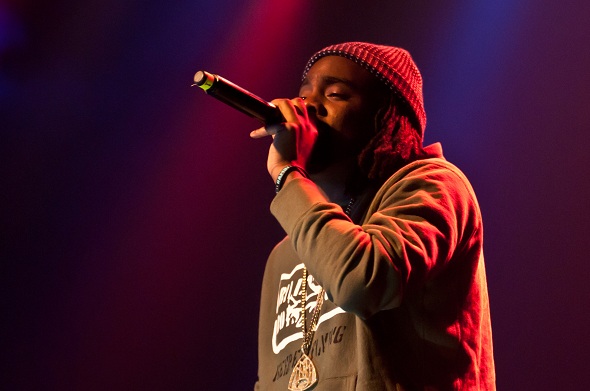 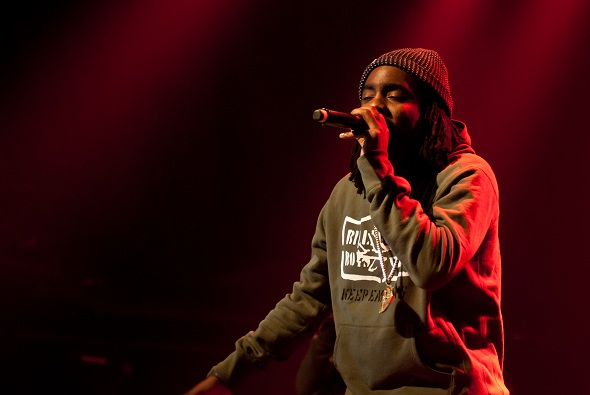