Hey Rosetta! have been steadily proving that their take on Canadian indie rock can go head-to-head with some of our nation's finest bands. They've been touring heavily behind their Polaris Prize shortlisted LP Seeds with Thursday night's performance at The Phoenix being their third show in Toronto to promote the album this year. 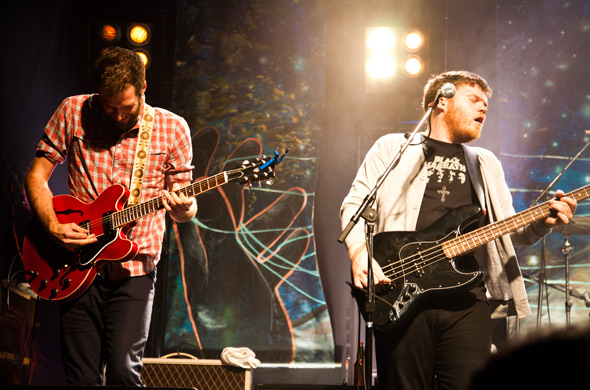 While other Canadian bands making waves in the scene have been known to put on great live performances (see Arcade Fire, Braids, Rural Alberta Advantage), they tend to approach their songs note-for-note, cut-for-cut. Not Hey Rosetta! The songs from Seeds have matured live, not only sounding far more dynamic than their recorded brethren, but they've also grown to feature off-the-cuff solos and new improvisational sections.

On Thursday night, where "Yer Spring" would usually fade out, lead singer Tim Baker kept things going with a simple guitar line that morphed into a complex, full band jam. What's more, the song has retained its ability to give goose-bumps despite becoming one of the band's best known tunes. 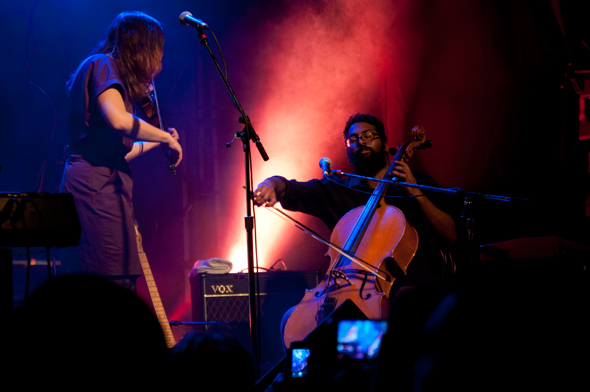 When I saw Hey Rosetta! play Lee's Palace last year, you could tell a large chunk of the crowd was simply in attendance to see what the band was all about. On Thursday night, however, The Phoenix was full of real fans, and the whole venue seemed to know the words for "Bandages" and "Red Heart," singing them loudly and produly. During "Yer Fall" Hey Rosetta! reminded us of the the unseasonably warm fall weather by blasting a canon full of multi-colour maple leaves on the crowd in what was truly a magical moment. 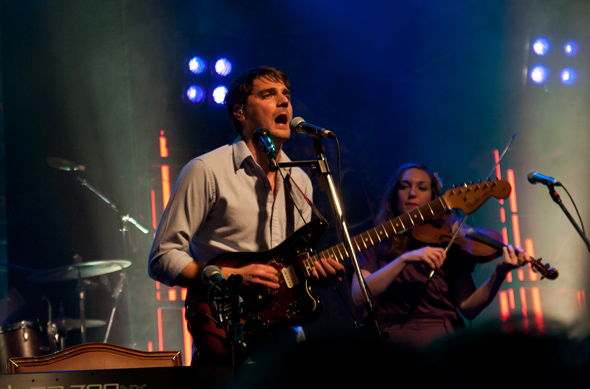 The band really left their mark during the final song of the encore. A spot-on rendition of David Bowie's "Changes" melded into a multi-song medley that included Mott The Hoople's classic "All The Young Dudes" and even Wilco's "Hummingbird" (it also featured another maple leaf canon blast). It was a daring mix of influential and memorable songs. As they wrapped up their two-night stand in TO, Hey Rosetta! proved that they're a force to be reckoned with in the Canadian music scene, and there was little doubt that they've won over this city in a big way.