In The Window: Bobby Troup, Dan Hicks, The Youngbloods

Although Vortex may be a smaller store, it completely makes up for whatever it lacks in size with its impressive selection. This week's In The Window takes a small peek at a store with plenty to offer.

Vortex is a little underwhelming at first, but once you take a second to really look around you see that the room is completely packed with new and used Vinyl, CD's, and DVDs. 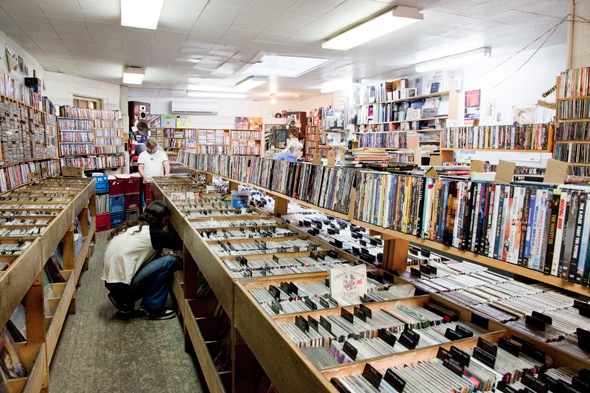 The store itself has an almost nostalgic feeling - as if you were visiting your best friend's attic. With hand written signs telling you where to find what and doodles on the speakers, there's a lighthearted feeling to the place. Also, I've never seen such looks of concentration on the part of vinyl buyers - maybe the hunt is half of the appeal? 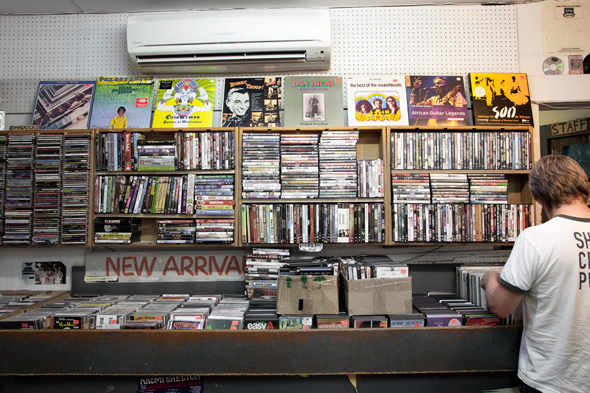 Bobby Troup - Bobby Troup!
"I was late to get on his bandwagon. He's a wonderful singer and back then everyone was talking about him! He was on Emergency! with Julie London... they were like the king and queen of jazz before that. It's also a rare record and happens to be mint!"

Dan Hicks & His Hot Licks - Original Recordings
"He hails from a psychedelic era. He's like country, swing, and jazz with quirky lyrics drenched in humour - that really appeals to me. It's a 60's classic."

The Youngbloods - The Best Of The Youngbloods
"Jesse Colin Young has one of the best voices in rock and roll history. Most people know them from their single Get Together but I prefer their latter hit called Darkness Darkness from Elephant Mountain.