For this week's In The Window, I stopped by Around Again in cozy Baldwin Village. The store offers a variety of used vinyl and CD's in a comfortable, relaxed atmosphere. In addition to the variety of musical genres to peruse (including rock, jazz, blues, classical, etc.), you'll also find refurbished turntables and other vintage equipment. 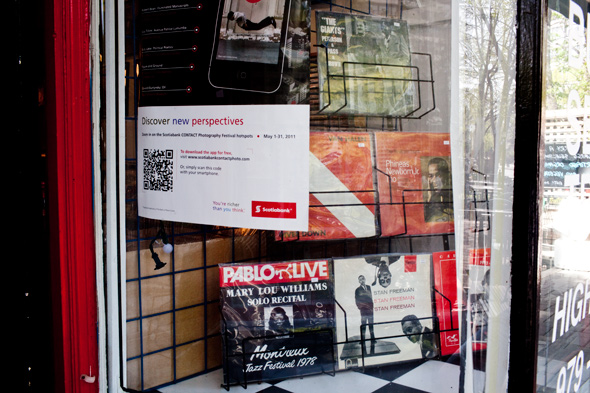 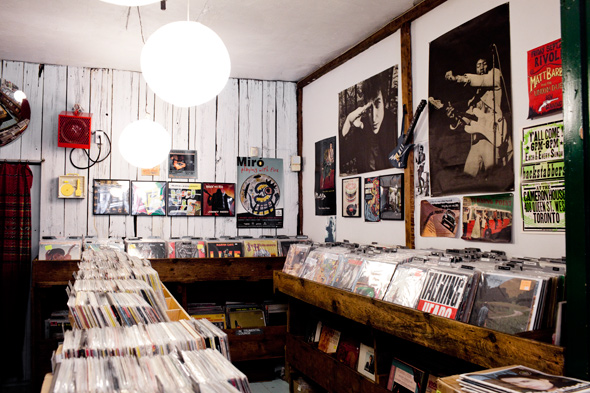 Martin from Around Again recommends...

Blue Rodeo Albums
"Early Blue Rodeo when they were just finding their sound. Recorded with their original line-up with Bob Wiseman on keys."

Peterson & Pass & Brown - The Giants
"One of the greatest jazz pianists ever. He actually lived in Mississauga for the last 30-40 years of his life. Although you won't see it in this album, he was also a great singer who was extremely influenced by Nat King Cole"

Around Again was mentioned in a comment in last week's In The Window noting they had the best $2 bin in town - and they did in fact have it right out front. So vinyl fans might want to put this one on their list. On my way out Martin left me with a neat little fact: staff like to keep the color scheme in the window true to their store in general: red, black and white. And I have to admit, the colour-coding looks pretty cool. 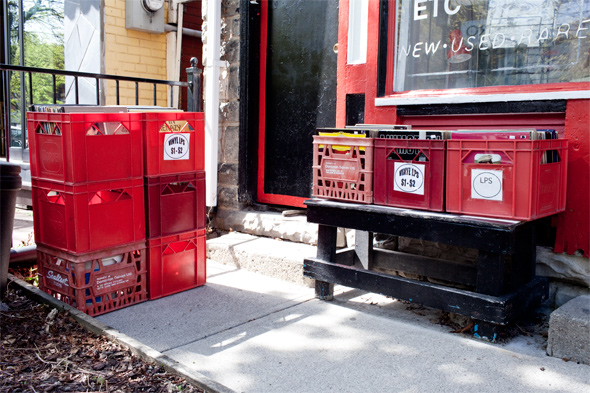