I discovered Jennifer Castle under her former alias "castlemusic," along with her 2008 LP You Can't Take Anyone. Now, Castle returns - this time using her real name - with a new record fittingly titled Castlemusic, a picturesque album that beautifully sews together everyday truths with the imagined. And Castle's voice sounds natural and her lyrics, instinctive and adventurous, coming to life like symphonic conversations.

Prior to her show on May 19th at Horseshoe Tavern, Castle spoke to me about the idea of recollection, song-writing and her new album.

The theme of isolation and self-awareness worked hand-in-hand in the first album, in the sense of being alone and appreciating those quiet moments in order to come to terms with who you are. What were some of the things you learned about yourself while making your first album and shedding your alias as castlemusic - and how would you describe yourself now?

The name castlemusic has been with me for a long time. I still feel very connected to it even though I have introduced my given name into the fold. It's all castlemusic, just like castlemusic is all me. They are one in the same.

The act of remembering seems to be a major theme in Castlemusic. When did you begin to make use of memory to write songs?

I was writing many of these songs as acts of reconciliation with my present, past and future. Remembering as an act is an interesting thing. My friend Anna read that the word remembering comes from the idea of re-membering the dead, like putting them back together. I like the busy-ness of this explanation. I respect the work it takes to put something back together.

You also sing a lot about the different seasons and floral imagery.

You've been working and playing "Neverride" for a while now and there is something timeless about the song when you listen to it. How do you feel about the song now that it's recorded?

I like the way it is on the record. It will always just be a small song I sing like a prayer but it's nice to hear it with its lovely recorded posture. Stew's (Stew Crookes, One Hundred Dollars) pedal steel playing is super mellow and the feeling is pretty smoked-out at the end there. 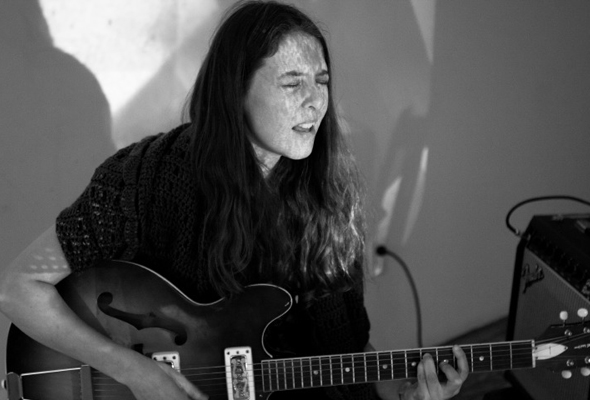 Even in your first album there's a sense of spontaneity and unpredictability in your song-writing, as if you're making up words as you go along, which makes your music sound adventurous. How would you describe your method of composition? Does it feel like sometimes the songs seem to write themselves?

Some of the songs write themselves and some of them I write with a more deliberate attention. When I say they write themselves do I mean that I am in the right place at the right time to accept them from the universe? I'm not sure. Song-writing is changing for me. I carry ideas and melodies and songs around with me for longer than I used to. I have to gather lots of disparate information when I actually get down to pinning songs down. I went up north last spring to solidify these jams for a month before I recorded them. That's where I finally got to know them after having them as ideas ruminating around my head.

How excited are you with this new record and to be touring again?

I'm glad about this record, I feel I wrote and recorded the very things I aimed to. I feel I've become a better player. As for touring, I'm deeply committed to sharing the musical experience with those people generous enough to find me and sit by me for an hour or so. I like going into a trance with people that want to hear a woman sing her songs. I like opening my eyes and knowing it's over, and that it was good and honest.

Catch Jennifer Castle's CD Release show at Horseshoe Tavern on May 19th. And you can purchase Castlemusic on the Flemish Eye shop.

Below, you can download her lulling single "Neverride", as well as the springtime/floral-inspired "Powers" for free courtesy Flemish Eye.