Los Angeles based Warpaint returned to Toronto on Saturday night to play at Wrongbar. Support was provided by PVT and the Family Band, and the fans came early and in droves -- some even with actual warpaint on their faces. 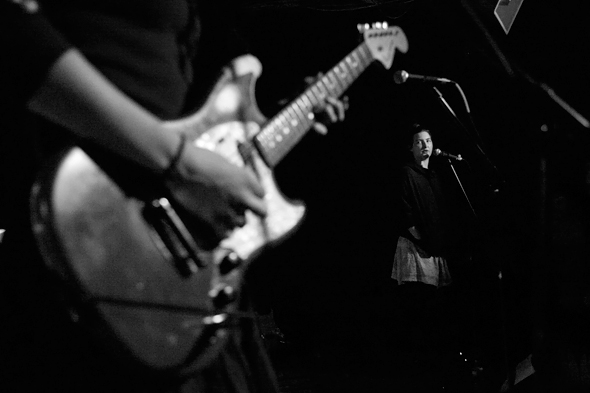 Warpaint took the stage at around 9 p.m. and played for approximately two hours. Now, I should say that while I definitely enjoyed Warpaint's full-length, The Fool, I thought that one weakness of the album was its production. In contrast to its predecessor, Exquisite Corpse, which was produced by former Red Hot Chili Peppers' guitarist John Frusciante, some of The Fool's production tends to work against the band's material instead of enhancing it. All of this to say that I wasn't exactly sure how the band's sound would translate to a live setting. On Saturday night, however, free of their recorded counterpart's overlush production, songs like "Bees" and "Warpaint" became lean, muscular and immediate. Hearing most of their songs in a live setting helped me appreciate the relative strengths of each song more so than I would have had I not had the opportunity to see the band live. 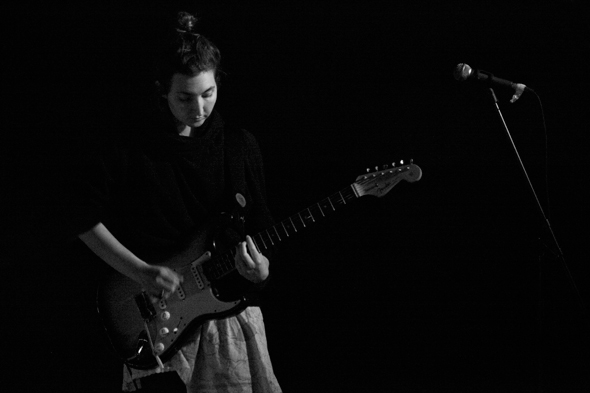 It's also apparent that an extensive touring schedule has helped the band refine their songs. For instance, when the band played "Undertow," they added an extra bridge section to the end of the song. This was one of those rare instances where I thought that adding something more to a song instead of exercising restraint helped make a song better. It also must be said that each of the girls in Warpaint is an excellent musician in their own right -- I was especially impressed with Stella Mozgawa's drumming. 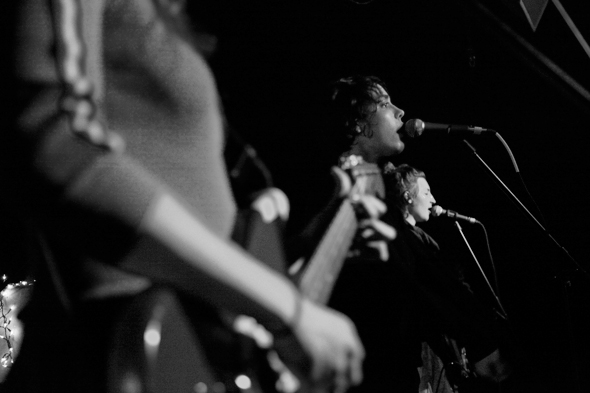 If there was one downside to the night, however, it was that from my vantage point it was sometimes difficult to discern what each of the girls was singing -- which was unfortunate since all the girls have such immaculate voices. And I was a bit disappointed when the band didn't switch to acoustic guitars to play the beautiful and haunting "Billie Holliday". However, those are all just minor quibbles for what was, in all honesty, an excellent and memorable performance, and at the rate the band's going, a venue like Wrongbar will be too small to contain all their fans in the future.