Behind the scenes at Sonic Boom's window display workshop

I've always been fascinated by the window displays at Sonic Boom. Kitschy, but also creative and fun, they're often the highlight of my walk through that portion of the Annex. And, as many of the former displays have made their way inside the store in one capacity or another, they make browsing for new albums just a little bit more entertaining than scrolling through iTunes. 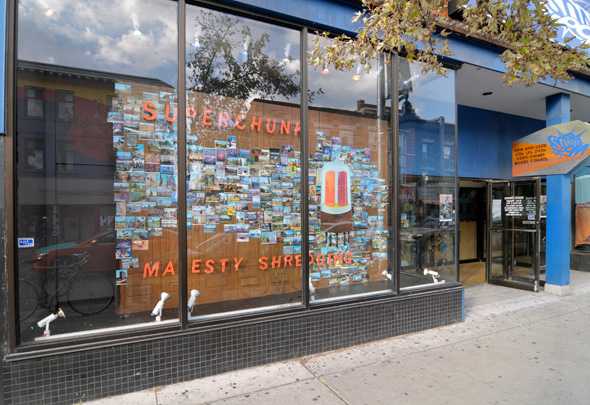 A couple of years ago, contributor Robin Sharpe profiled Tim Oakley, the artist/craftsman behind the displays, as part of the Toronto Portraits series. In that post, Oakley revealed how he came to take on the role of creating the window displays and a little bit about the process. But, it was specifically his mention of a downstairs workshop in the store that got me thinking, "hey, it'd be damn cool to check that out." 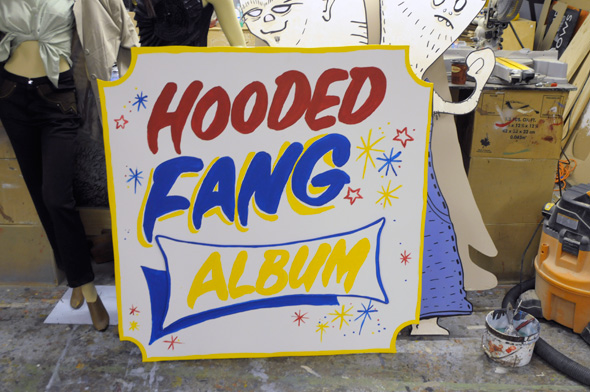 Regular customers of the store browsing for vinyl in the basement have probably gotten a glimpse inside while the doors have been open, but I was hoping to get a longer look when I got in touch with Oakley to see if I could find out more about his unique creations.

Lucky enough for me, when I paid my visit, he was in the midst of putting together a new display for Hooded Fang's recently released self-titled album. Generally speaking, Oakley takes his inspiration from the cover art of a given album and proceeds to reshape it into something three dimensional that will grab the attention of both pedestrians and visitors to the store. But in the process, all sorts of happy accidents and discoveries often ensue. 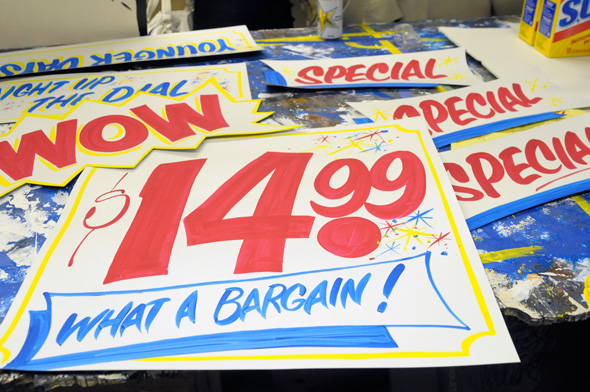 Hooded Fang's cover art, for instance, offered a the opportunity to work with Honest Ed's sign-painter Dougie Kerr, who did the logo on the front of the album. In a tribute to both the record cover and Sonic Boom's proximity to the iconic bargain warehouse, Oakley's window display will feature signs painted by Kerr as well as a medley of recognizable products from the store. 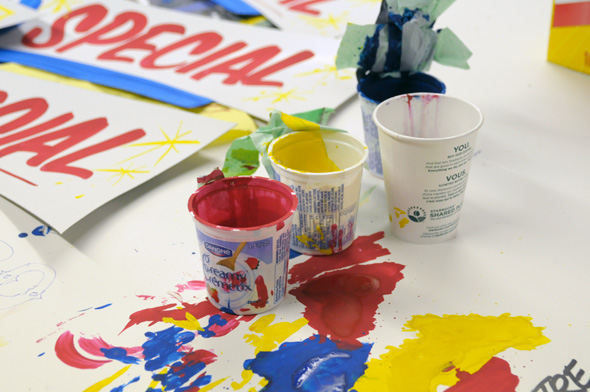 As he walked me through the pieces that have already been completed, I learned that each display takes about a week's worth of full time work to prepare and a full day to set up in the windows. And, somewhat to my surprise, Sonic Boom foots the bill for the entire process, which usually comes in at around $500 or so.

To keep costs from getting too high, Oakley sources the majority of his materials second hand from places like Value Village or, as is the case with the Gord Downie display that's currently in the window, Craigslist and Ebay. Needless to say, a significant amount of thought and time goes to each creation, and they are thus planned out weeks in advance of their eventual appearance in the window. Once up, they usually remain in place for five or six weeks before being replaced by a new display. 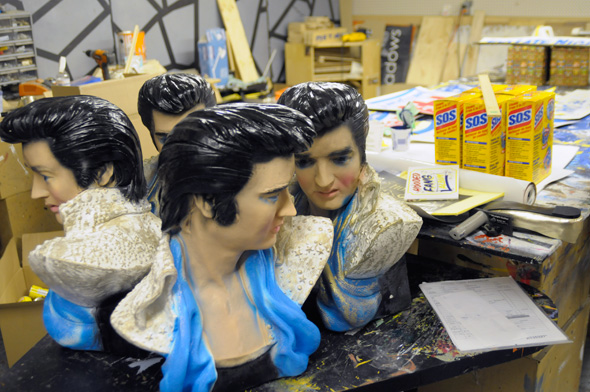 As to how he decides which albums to feature, there's no steadfast rules or marketing arrangements with the labels. Although once in a while he might request a material from a record company for a piece that he's working on, Oakley exercises full creative control over the displays. That, no doubt, is what's allowed him to craft his recognizably playful style over the five or so years that he's been dressing up the windows.

Store owner Jeff Barber has been hyper-supportive of the projects, and it's not surprising why. In the era of digital downloads, independent record stores need to make the act of buying CDs and records something more than just a shopping experience. So, are the window displays art? Well, that's probably a question left for another day. But there's no doubt that they're good branding for a store that wants to set itself apart from the competition. And, as Oakley says, "they're just fun to make." 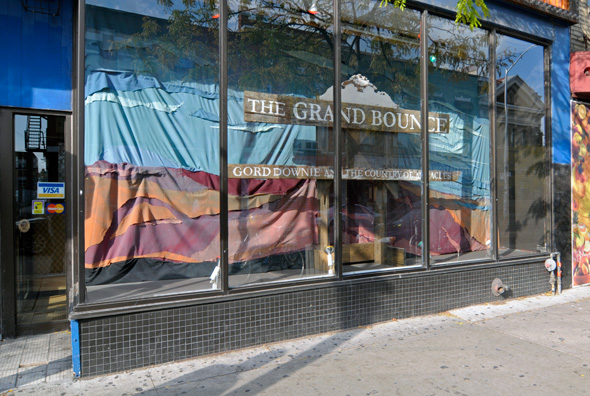