And the 2010 Polaris Music Prize winner is ... Karkwa. Who, you ask? Well, the underdogs, of course, in true indie Polaris style. Surprise, surprise as the mainstreamers - Broken Social Scene, Tegan and Sara - and past winners Caribou and Owen Pallet didn't walk away Polaris-crowned. Actually, to be fair, it's the first time a francophone album has won the coveted underground music prize. But this doesn't mean this French-singing art-rock quintet wasn't deserving. Their fourth studio album, Les Chemins De Verre (The Glass Paths), is a fantastic listen to these ears on their 12-song album and in concert - they played the TIFF Block Party two weeks ago. Relatively unknown to the rest of Canada, Karkwa is a francophone indie rock band from Montreal. And they're really popular in Quebec.

Maybe in the rest of Canada now, too.

Streaming live from the Masonic Temple last night, the Polaris awards lit up Twitter (Shad, Besnard Lakes and Owen Pallet trended for most of the night), saw all 10 shortlisted artists perform two songs each, and delighted most Canadian music fans (supposedly lots of kids were crying when Tegan and Sara played their acoustic set). With many predicting London-raised rapper Shad's stellar TSOL would take the $20,000 cash prize, few people predicted a Karkwa win save for the 198-panel jury of music journalists and industry insiders that decide the winner. 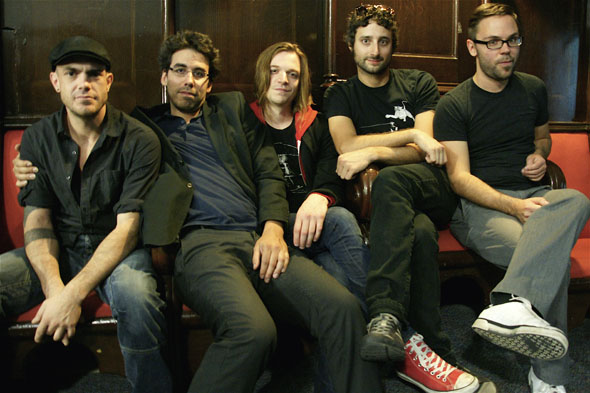 Asked how it felt to win, the humble Karkwa frontman, Louis-Jean Cormier said: "That's weird. That's very strange. I don't know what to say. We want to thank Rebecca, Rebecca Webster [their publicist]," to a couple laughs and hearty applause. (It was actually from Webster that I got my hands on the band's advance album.) "Maybe we are at the beginning of something. We sing in French and we are holding a 20-grand cheque in our hands in Toronto. We don't understand anything." It was a partly fumbling, slightly comical and touching bilingual thank you speech.

"A beautiful night for Canadian music," said the night's host, Grant Lawrence from CBC Radio 3, closing the night. It was indeed, just not for Tegan and Sara fans.

Past winners of the Polaris Music Prize are Final Fantasy's He Poos Clouds (2006), Patrick Watson's Close To Paradise (2007), Caribou for Andorra in 2008 and Fucked Up for The Chemistry Of Common Life last year.